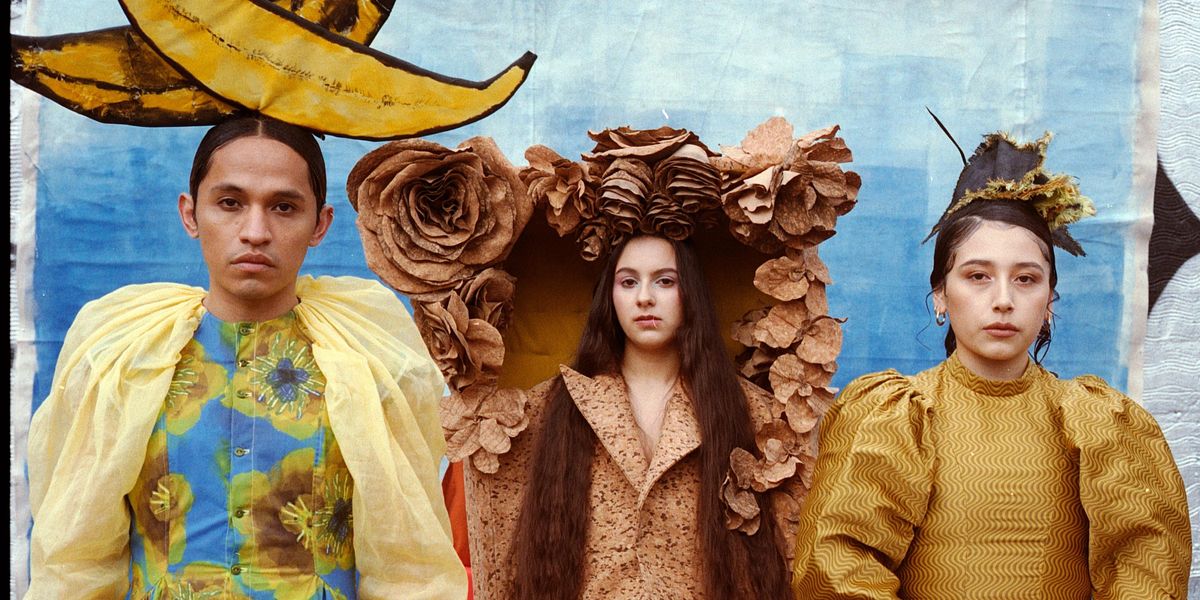 When the wave of social and political unrest spread throughout Colombia earlier this month, buzzy Instagram account UpNextDesigner saw an opportunity to spotlight and give a platform to the country's emerging designers, many of whom were already navigating a difficult climate due to the pandemic.

"When I became aware of everything going on in Colombia, I wanted to find a way to use my platform to spread awareness and show support to the talented Colombian creatives we have discovered that are struggling tremendously," said Albert Ayal, the man behind the fast-growing account, which acts as a curated space of young designers who often can't afford traditional PR services (Bella Hadid and Jenna Dewan are among the account's fans.)

After sharing some emerging Colombian designers on the platform's page throughout the day, he also put out a call for his nearly 70k followers to send over their favorite designers from the country as well, resulting in a crowdsourced display of community and support in the wake of uncertainty. "It was a huge success and definitely brought some positive light during these dark times," said Ayal.

Below, PAPER and UpNextDesigner curated a list of seven Colombian designers you should have on your radar, from top fashion school graduates to local costume designers, each of whom pay homage to their Colombian heritage in different and fresh new ways.

Anciela is a ready-to-wear label founded in 2019 by Colombian-born designer Jennifer Droguett, who grew up in the city of Medellin surrounded by nature and culture. (The label takes its name from both of her grandparents, ANgel and GraCIELA.) Now based in London, the brand combines Droguett's South American upbringing (she also spent time in Chile after fleeing Colombia in the 2000s due to the country's escalating crime and danger) with her outsider's perspective gained from moving to the UK.

The designer, who cut her teeth at Viktor & Rolf's atelier in Amstedam and also worked with emerging names like Richard Malone and Art School in London, describes Anciela as a the culmination of the Latin folklore, craft and rich experiences of her Colombian childhood. Aesthetically, the brand takes inspiration from art, literature and historical costumes, offering re-worked tailoring and eccentric clothes with unique cuts and conceptual tailoring.

"Anciela has become a platform for inclusivity that combines Latin American and British communities by telling stories that navigate a unique identity in fashion," says Droguett. "We bring new narratives and create awareness of our cultural heritage, as well as supporting causes that go in line with our brand values. "

Melissa Valdés' story begins nestled between lush green mountains and the bullets that paint them red. Born in Medellín, a stronghold of cartel-fueled violence, the 21-year-old designer sits at her desk and crafts an intricate tale of community and conflict within her work.

Inspired by the rich history of her hometown, Valdés' Duque is a personal narrative of fashion storytelling. Her work becomes a vessel for sharing stories of celebration and loss, calling upon rich artisan traditions of those who came before her. The final year student Colegiatura Colombiana often uses handmade textiles, beads, and leather to shape the silhouettes of horror she focuses on.

"I describe inherited stories that the war has stolen their name, that disappear in the silence and the desire to no longer remember what happened in the country," Valdés says. "Exposing to the world that pain is transformed into art through stitches."

Even from hundreds of miles away, young designer Sebastian Ascencio sees a brighter hope for Colombia, one led by his generation. If not through demonstrating on the streets, Ascencio uses textiles as a form of protest.

Based in Rome, his label, Silués, acts as a propeller for youth culture. The exploration of Ascencio's childhood heritage, coupled with rebellious deconstruction, provides a blank canvas for the designer to explore fashion as art and vice versa.

"Youth acts as the force capable of putting art on the limits; fashion becomes the conductor of this energy, a chance of being a different self, becoming one possible other," he says.

His latest collection, "Todas las Cosas que me ven" – translated to all of the things that see me – is inspired by the memories that come from his upbringing. Transforming elements of his background into fabrics, like mirroring his grandmother's pottery in sculpted tulle and organza, aim to exaggerate his generation's collective memory and shared experiences. "The color of these figures played into the idea of change; like in the course of a day, shades of blues, yellows, greys, and oranges formed an atmosphere around the garment."

Watts is anything but binary. The designer, raised between two Colombian cities and landing in New York, has experimented throughout her life. First as a makeup artist and later as a designer, Watt's focus on the glamorous, female form transforms her self-titled label into a fantastical, glitzy escape from our current landscape.

After coursework at ATC School in Colombia, and later New York University and Parsons School of Design, Watts took the plunge to launch her own label to inspire others to take steps towards diversity and inclusivity in a changing world.

"As a transgender woman I wanted to tell my story through metaphorical images that can makes us dream of color, textures, nuances and my perception of femininity."

The rising designer's first collection, titled Ineffable, celebrates the art of the inbetween, using exaggerated feminine motifs to tie her message together. Handcrafted in Colombia, Olivia Watts aims to inspire every woman to be the truest version of herself.

Santiago Gelves founded Mucho Con Demasiado (translated to A Lot With Too Much) in 2018, a merging of words that describes how he wants people feel when they are wearing his garments — think fantastical ruffles, boxy silhouettes and billowy sleeeves. The designer, who studied design at Manuela Beltran University and has already dressed Colombian singer Fanny Lu, has developed a strong local following for his use of rich, saturated hues and clothes that push the boundaries of traditional menswear.

KNL is the brainchild of 34--year-old costume designer Adriana Kanal, who founded the label of handmade, avant-garde body accessories in 2015. Based in Bogota, Kanal materials made in her home country and works with metal alloy hardware to create structured armor-like accessories and stage outfits. She's also done work for the Colombian Opera, opera productions at Central University and various other international photography and fashion productions.

Mateo Velasquez, who was born in Colombia but currently resides in London after time spent in Madrid and Milan, is one of the few Latin designers who are redefining traditional notions and social conventions of masculinity in menswear. His leather chaps, plaid skirts and cropped Zebra jackets are just some of the flamboyant yet sexy garments he's become known for, with much of them created through upcycling techniques and approached from his own queer experiences. His first collection after graduating with an MA in menswear from Central Saint Martins was an immediate hit with fashion circles, catching the eye of stylists like Lorenzo Posocco, Ib Kamara and Bradley Kennth.