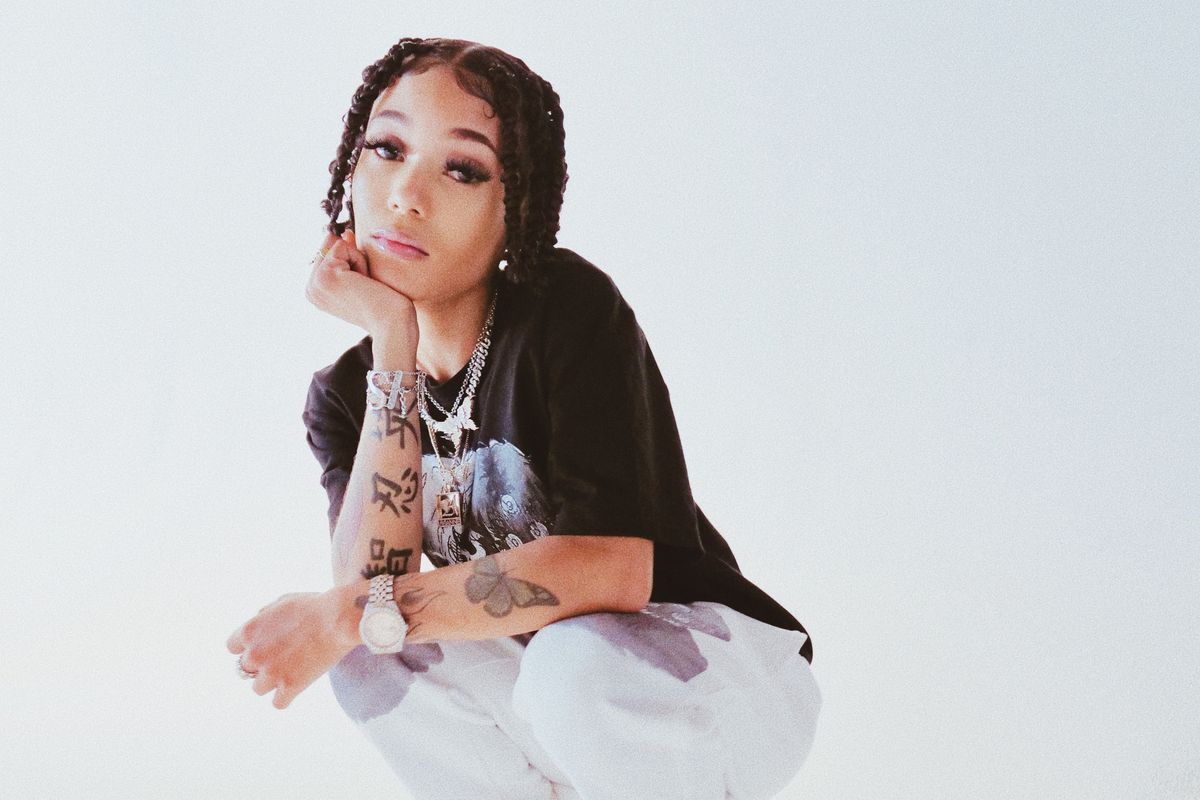 Coi Leray Raps About Life in The Spotlight on 'Rick Owens'

There's only a handful of artists that have followed their father's footsteps into the world of hip-hop, but among them, 23-year-old Coi Leray is certainly making a name for herself as part of a new generation of female rappers. Growing up in the recording studio as the daughter of hip-hop mogul Benzino, Leray first got behind the mic at the age of 14 and she's been honing her rhymes ever since.

With her debut studio album arriving in 2021, Leray sits atop an impressive, sound-defining discography. On her last project, an EP titled Now or Never, the blazing vocalist unleashed new elements to her coined, harsh sound, lending gentle, R&B-tinged melodies outside her typical range to collaborations with Gunna and Fetty Wap.

Experimenting between genres, Leray is back with her latest release and she's switching gears into her original beastly rap mode for a rugged, self-reflective track, titled "Rick Owens," along with a fiery music video.

"When I made this song, I had a show in Houston," Leray said in a statement. "I pulled up to the studio after my show and it was just a vibe."

Arriving off her forthcoming EP, Now or Never 2.0, Leray's latest release is a devilish take on fame and fortune. She dauntlessly spits rigid bars on her growth in the limelight, staying focused, and making a name for herself on her own terms.

"We go up in this bitch and get lit like a stove/ Call me up but just don't drop it on my Rick Owens," she raps on the verse, alluding to the American fashion designer's killer footwear.

"When I was in the studio, I organically created this type of song. I wasn't overthinking being melodic and it wasn't like I was trying to be old Coi. This is just what I created, I can easily switch up and do both."

As the beat builds in the accompanying music video, Leray flaunts her infectious confidence with an introductory segment of spoken word: "I'm trying to be a big influence — you know, big trendsetter in everything I do," she says. "They do it, but I do it better." From there, Leray enters a slew of densely colored scenes, rapping directly into the camera while playing with fire and counting bands of cash.

Though Rick Owens' shoes don't actually appear in the video, it's their high fashion residency — and expensive allure — that really hits home with this eyes-on-the-prize track.

Take a look for yourself, below.