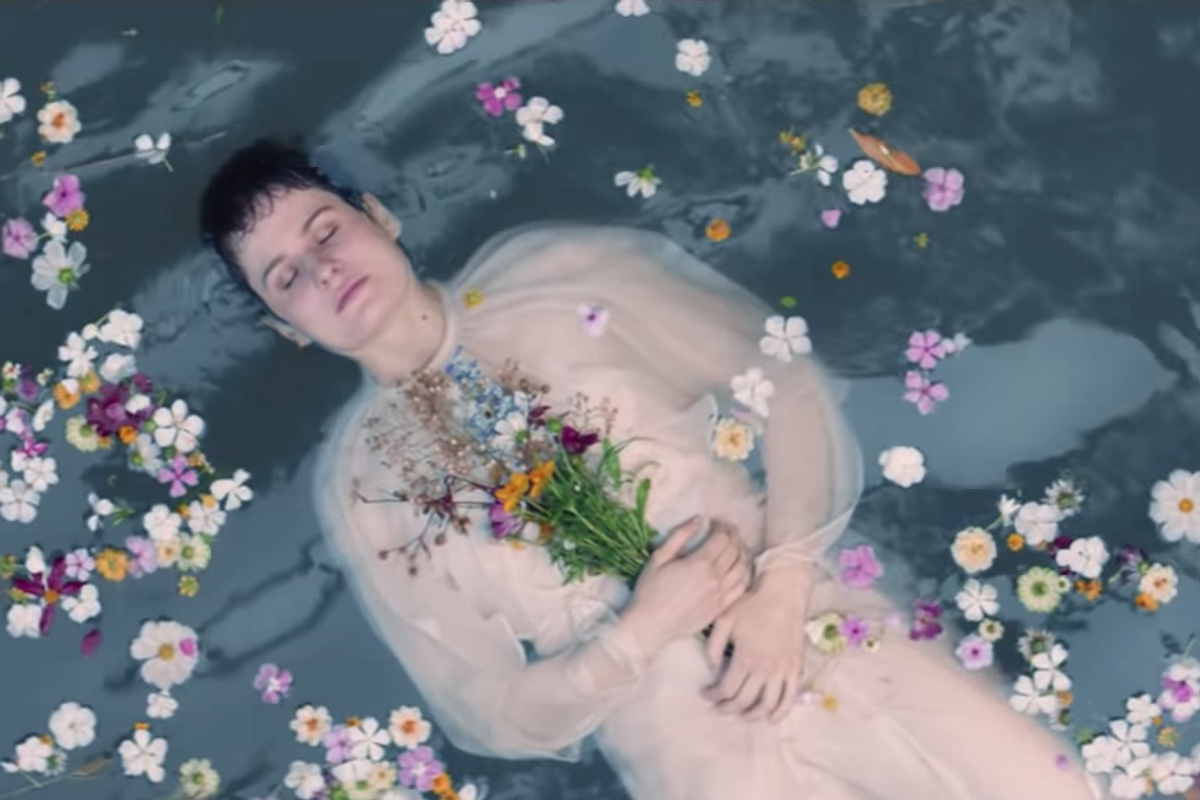 Since making an impressive 2014 debut with some of the most infectious pop music around, Christine and The Queens is still rewriting the rules in an industry obsessed with the binary.

The ever-evolving singer, songwriter and producer behind the bops, Héloïse Letissier, is gearing up for a Broadway-style set at Coachella this coming weekend, and has just dropped a visual for "Comme Si" that's taking the drama to Shakespearean levels.

In another single from Chris, the deliciously bass-heavy record named after the singer's gender-fluid moniker, the artist reimagines Hamlet in the most badass way. The David Wilson-directed video was filmed in Thailand and subverts the plot with a clever twist.

Letissier broke it down in a statement saying, "in Hamlet, Ophelia is, of course, the unlucky lover, the rejected one; but her madness and the suicide that ensues is also symptomatic of a whole era: the young girl, unwanted, unloved, simply cannot live. She's doomed, she disappears, she melts with nature."

Get into the new Christine & The Queens video below and live stream their Coachella performance on YouTube at 7:45 p.m. PST/10:45 p.m. EST