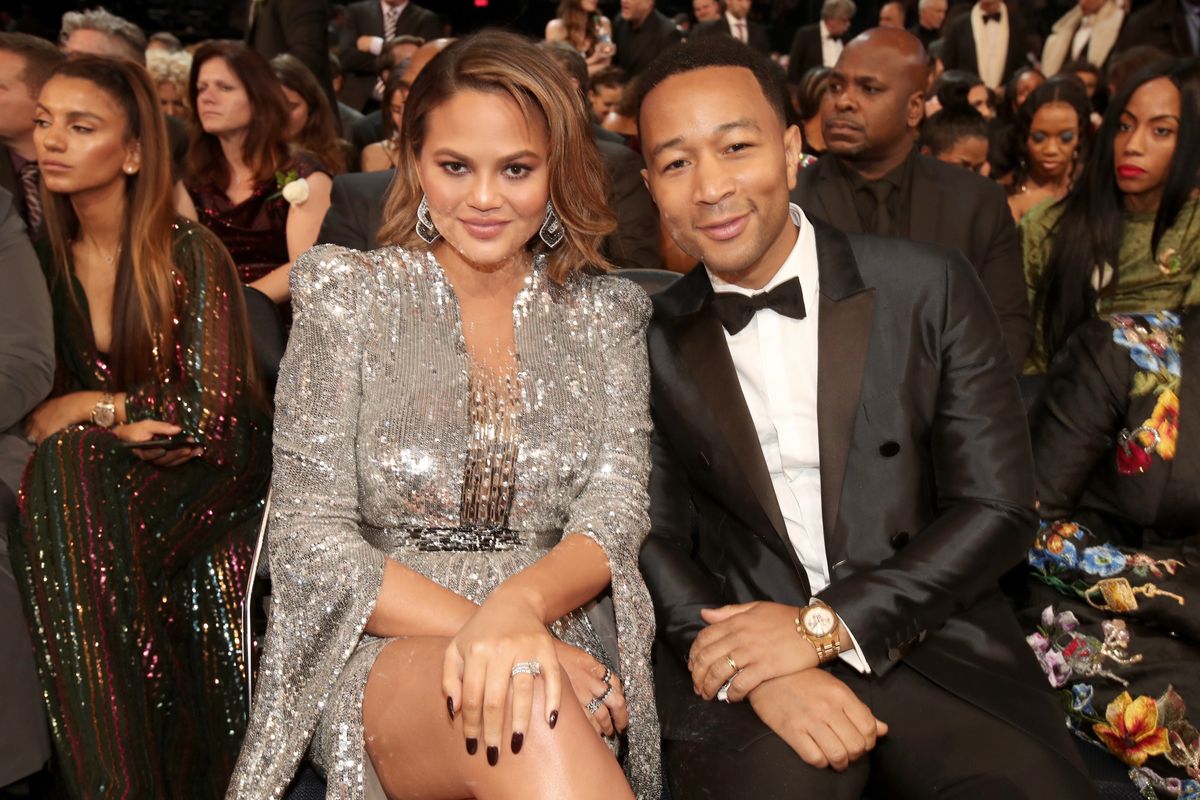 Last night, John Legend took the stage as Jesus Christ in NBC's rock-musical Jesus Christ Superstar, a play that tells the story of Jesus' last week alive. Chrissy Teigen, the other half of America's most perfect celebrity couple, was understandably excited for her husband. She blessed us with an entire series of live tweets as she watched.

Before the show started, Teigen decorated Legend's trailer with a cake, flowers, and Jesus candle with his face on it.

Legend posted a picture of himself and his daughter Luna leading up to the show, accompanied by the caption "Final pep talk from Luna!"

She then proceeded to share her thoughts on everything from the costumes to Sara Bareilles' singing skills. She also posted a perfect comeback to Bill O'Reilly.

When O'Reilly, who was watching the show, tweeted, "Who knew Jesus of Nazareth ran a tattoo parlor? Geez." Teigen responded, "Yes the shop specialized in coverups that aren't 32 million dollars," a reference to O'Reilly's $32 million sexual harassment settlement with colleague Lis Wiehl.

Once again, Chrissy Teigen has show that sometimes a tweet is worth a thousand words.