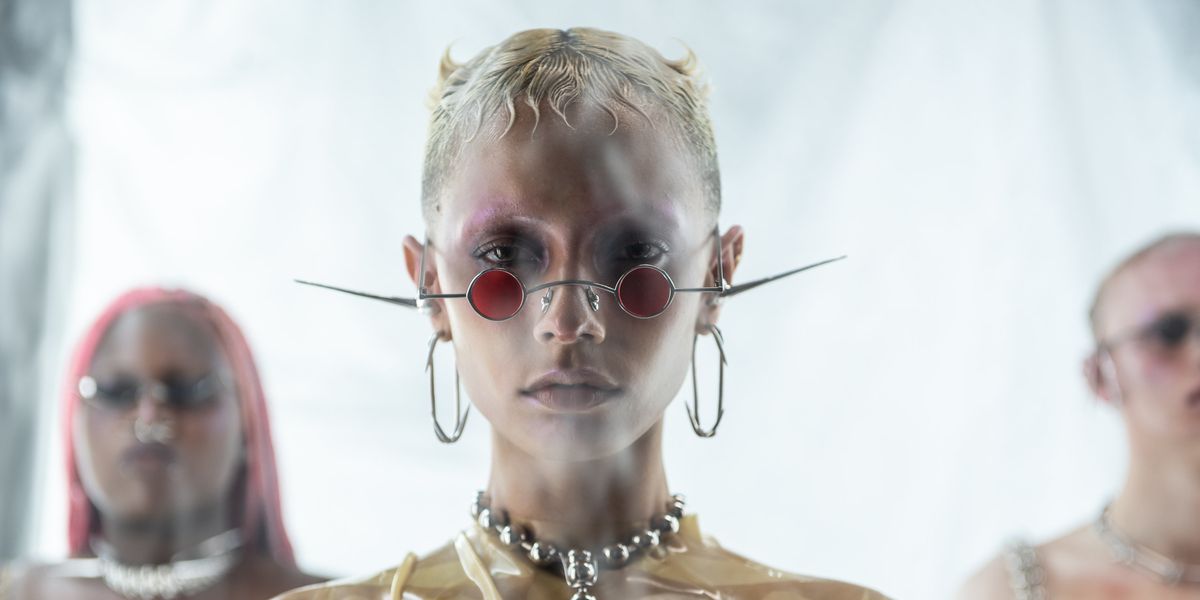 This year, Chris Habana's namesake jewelry brand turns 10. The New York-based designer celebrated the occasion with a presentation at Century 21's Lower Manhattan concept store Next Century. In recent seasons, Habana has been focused on collaborations with designers including Prabal Gurung, Gypsy Sport, Gentle Monster, and Opening Ceremony. For his first solo presentation since 2014, the Filipino-American designer created a range of conceptual pieces that reflect the brand's gothic and punk roots and its present fixation on sci-fi minimalism.

Fetishistic corsets, face frames, and fully-body pieces made of metal balls were styled over latex jumpsuits, dresses, underwear, and nuns' habits made in collaboration with Vex Clothing. Elsewhere, barbed wire chain pieces — evocative of Christ's crown of thorns — countered Habana's streamlined chain-link rings and arm cuffs flecked with pearls. "Religion and sex is a combination that I've always been attracted to," Habana explains, referencing the crosses and pagan spiritual motifs sprinkled throughout. "I think the clothing and jewelry was such a seamless mix of the two."

Habana's first foray into eyewear also debuted at the presentation, all of which are available to pre-order online. Dubbed "Blind Mice," a lithe monel frame fitted with quarter-sized lenses brings Art Spiegelman's graphic novel Maus to mind, while a futuristic silver-plated style called "The Slant" gives its wearer a bionic quality.