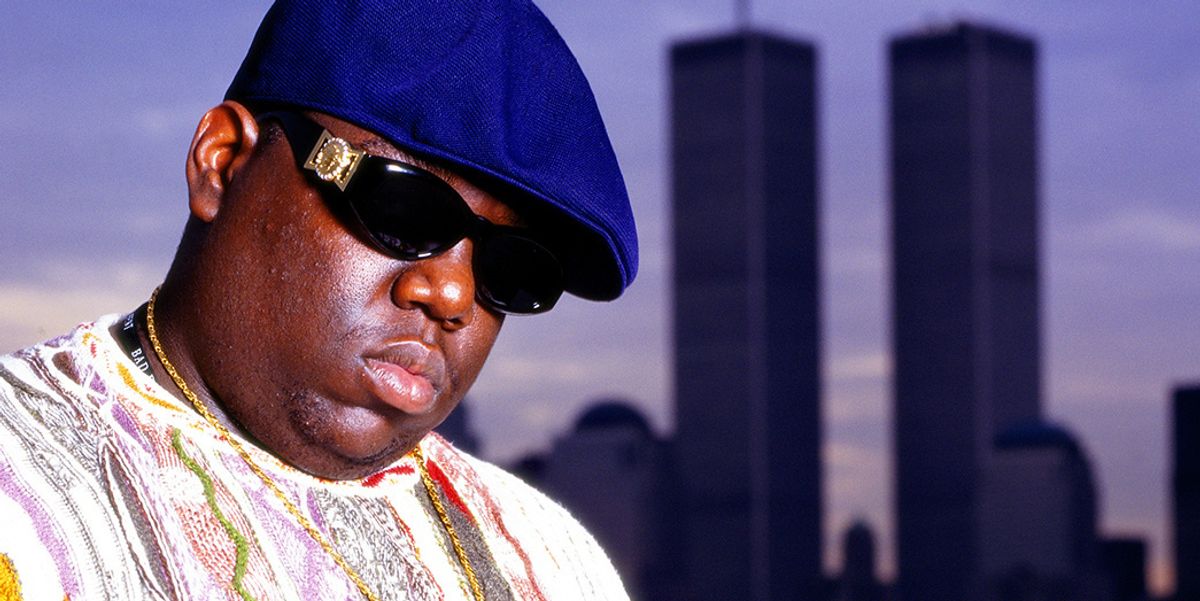 Wednesday, August 22, HVW8 Gallery and adidas Originals hosted a first look at UNCATEGORIZED, an exhibition of photographs from hip-hop documentarian Chi Modu. The traveling show first opened in Berlin, but has made several global stops since. Still, this week's Los Angeles preview had special significance for the Nigeria-born, New Jersey-raised Modu, who joked that despite his East Coast childhood, the West Coast had always shown him the most love.

Sitting amidst intimate portraits of Tupac, Notorious B.I.G., Nas and more, Modu was joined by Snoop Dogg, whom he first worked with when the rapper turned business mogul and show host was only 19 years old. "I wasn't there to experience it, I was there to document it. I wasn't there to judge it, I was there to capture it," Modu explained of his approach to photographing the young Doggy Style rapper and his associates.

This dedication to acting as a conduit of experiences and narrator of foreign realities is part of what makes Modu's photos so resonant, even with the passing of decades. His portrait of a languid teenage Nas perched atop a twin bed in a spartan room inside of the imposing Queensbridge Housing projects has the same composition of a Renaissance era reclining nude. However Nas' cuffed denim, collared Polo shirt and Timbs tell a different story — it's the story of the genesis of hip-hop. On a worn wooden dresser centered in the frame sits a television, video game console and stuffed teddy bear. Above the 17-year-old Nas' head, which rests contemplatively against a wall, is a bullet hole. The juxtaposition between the trappings of childhood and the imposed presence of gun violence, which is inescapable even within the sacred walls of a bedroom, is the sort of intentional tension Modu creates.

Related | Nas Returns to His Roots with Sweet Chick

He calls upon these inconvenient truths to frame those who the world often looks at as violent and dangerous with the care and humanity they deserve. Modu's unflinchingly honest photographs chronicle both the remarkable and unremarkable times of some of the most influential rappers of the '90s, shedding light onto the relatable side of their larger-than-life legacies. Perhaps the irony is that for Modu what has always been a labor of love is now a living time capsule of a singular era in hip-hop that paved the way for future generations.

Following his panel with Snoop Dogg and radio host Anthony Valadez, PAPER briefly chatted with Modu about the inspiration behind the show and the challenges of good storytelling.

What's the inspiration behind UNCATEGORIZED?

How do you ultimately want people to perceive the work?

I think the beauty of photography is that it doesn't really matter how people perceive it because I have no control over that. I just have to document and let people read it for what it is visually without words. I think if you look at my photographs they should give you that idea — I think kids today are really awesome about that. You can see that in their work and one thing I do like is that a lot of young photographers reach out to me and I tell them to keep at it.

"It's not glorifying — it's documentation, it's showing truth."

You said that sometimes people would ask you why you're glorifying violence by showing pictures of young men with guns. How, if at all, has that perception changed as hip-hop became more readily integrated part of popular culture?

I think the perception that hip-hop glorifies violence will always be there, but I think you also have to be honest about what you're covering. The reality is no one judges a war photographer for photographing a war zone, so why are you judging a photographer for photographing the hood, which we know can also create the same PTSD issues we see in war because of the violence. In fact the hood can be a war zone, so people need to think in terms of, holy cow, this 17-year-old lives in a war zone, where did society go wrong? For me that's the narrative, that's the question we should be asking. It's not glorifying — it's documentation, it's showing truth.

Is it a challenge to document without imposing a point of view?

We all have a point of view, but I think that you can still document having a point of view without imposing your narrative too heavily. I want to show the truth. I want to show people as they are. If they're beautiful I want to show them they're beautiful and pull it out of them. Some people say, well, "Why are you showing someone who is so 'gangster' as beautiful?" It throws them off. In fact, when I show them as beautiful is when you actually see them as human, and then you'll think a little more about their circumstances and not that they're just violent or all of these bad things. I humanize people with my camera. I think that's my skill.