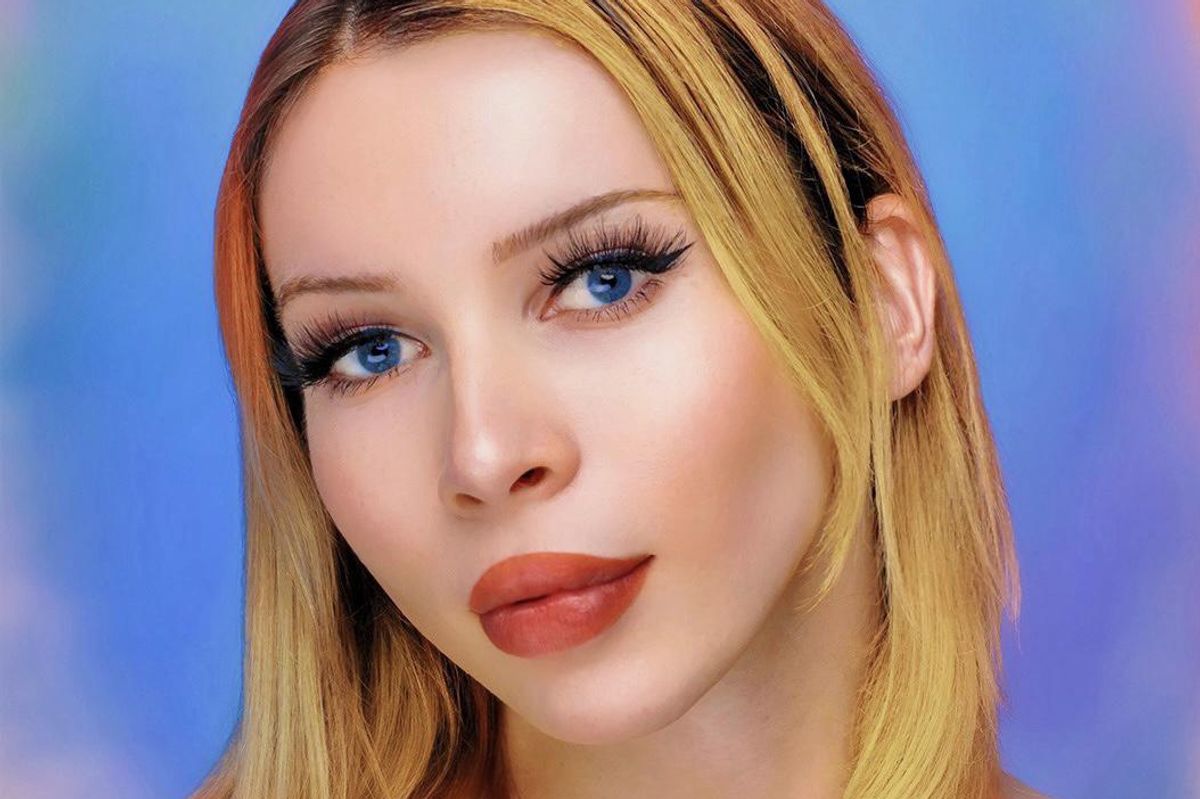 "SRS," produced by Space Candy, opens with Chase reciting a Lady Gaga quote from back when the world was convinced the pop star had a dick. "Why the hell am I going to waste my time and give a press release about whether or not I have a penis?" Chases giggles with her signature deadpan delivery and a wink to queer Twitter fans in on the reference. (She's openly trans and recently got her boobs done. Their names are, from left to right, She and Her). "My fans don't care and neither do I."

Chase calls "SRS" a total "cunt anthem," underscoring its urgent, hyperpop beat and hasty spoken verses about her "custom-made pussy." The lyrics are as hilarious and in-your-face as Chase's viral tweets: "Don't you wanna rearrange my guts?" she asks, with swirling, shiny synths that sound more expensive than Anna Shay's high jewelry collection. "It's about time that a bitch got laid." Ultimately, her breakout single is "something for the dolls to get pumped to," Chase says. "It's the Chase Icon Pussy Manifesto."

Below, PAPER caught up with Chase to learn more, from her preferred pop girlies to her favorite fan reactions to "SRS." Also, keep streaming her debut single: "Few know this, but my breasts actually increase in size every time someone streams SRS," Chase tweeted. "It's a medical fact!"

In the beginning of "SRS," you reference an iconic Lady Gaga quote: "Why the hell am I going to waste my time and give a press release about whether or not I have a penis?" she famously told Anderson Cooper. "My fans don't care and neither do I." Why did you include this?

I love Lady Gaga. I wanted to include a reference to her in my solo debut because I'm known for being a highly dedicated Little Monster. I had to pay homage to my mother!

This is your first official single. Have you always been interested in making music?

Yes! Pop culture has been an obsession of mine since I can remember, and I've always dreamed of what it would be like to make my own music and be able to create little iconic moments of my own.

Super spontaneous! Once I decided on the references I wanted to use, slay mode was activated. I had the lyrics complete in a few hours, and my friend and I began conceptualizing the cover art.

Who produced this track with you?

Space Candy produced the track. Their music has a really unique sound that is very satisfying ASMR vibes. They completely understood my vision when I described how I wanted it to sound, and we both love being experimental and weird, so it was a great fit!

How'd you decide on that psychotic breakdown halfway into the track? It's like car brakes screeching.

That was Space Candy's little touch of madness in the song. The first time I heard it I was obsessed. It was so chaotic and psycho-bitch energy, which is perfect for me, so I knew we had to include it. I love a harsh noise breakdown.

Since we can't party like Australian gays clubbing to Chromatica, what's the ideal experience for streaming "SRS"?

Personally I love blasting it while driving on the freeway! But it can also be played while you're on the treadmill or partying on a zoom call with the besties. Several people have informed me that they've been getting fucked to it, which is fun too!

Judging from your Twitter, you're clearly a massive pop fan. Who's your ultimate pop girly?

This is kind of a set up because you know I have to say Stefani. But it's true, it's true. Each one of her eras has been an art piece and they all fit together like magic. She's the most versatile artist of our time. Hot girls love Lady Gaga.

Is "SRS" the beginning of more music to come?

Absolutely! I have an upcoming song with BABYNYMPH and a few other features in the works, as well as another song with Space Candy on the way. I'm on my main pop girl shit in 2021.

What are some of your favorite fan reactions to "SRS"?

Me driving to school in the morning listening to srs by chase icon https://t.co/ktuhdoJifX
— Autumn O’Beall (@Autumn O’Beall)1610692794.0