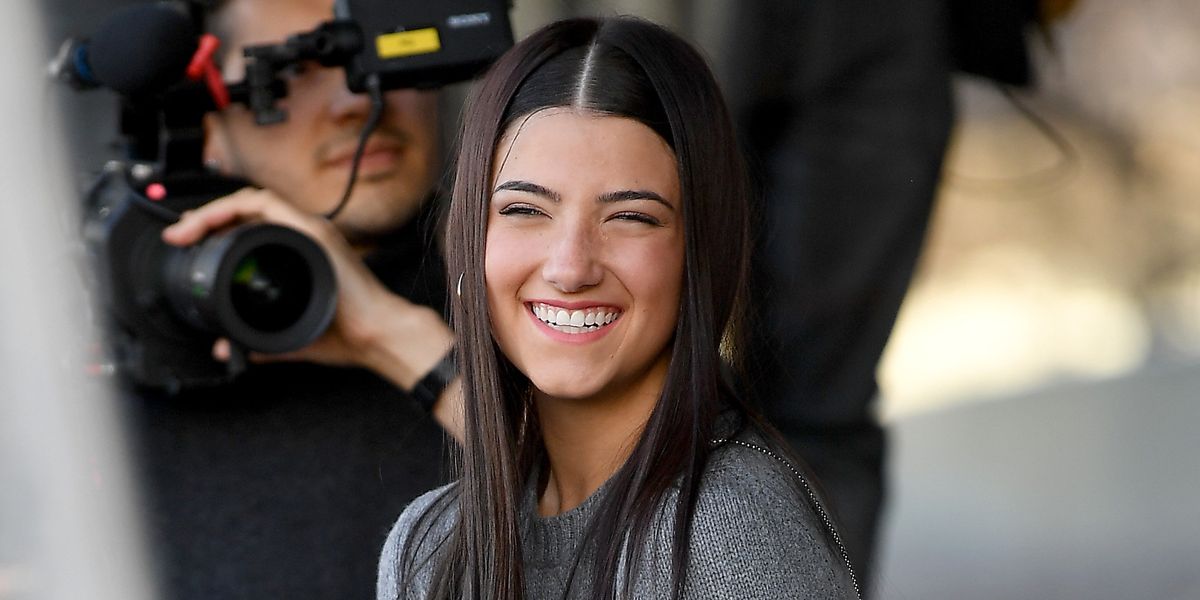 Charli D'Amelio is getting real about her experience with cyberbullying as one of the most famous teenagers on the planet.

On Thursday night, the TikTok star opened up about the disparaging comments she received about her appearance in a candid Instagram Live broadcast.

"So this is dedicated to the boys that like to comment on my appearance," she began, pointing toward the army of trolls who've apparently telling her that she "looked better a year ago."

"I guess it's because I dye my hair," the pink-haired social media personality went on to muse. "That's really the only thing that has changed about me except for the fact that I'm a lot more confident, which took me awhile."

And though she may have "stayed quiet about a lot of things" in the past, because of her newfound confidence, D'Amelio added that she no longer wanted to just sit back and "let people say that about me."

"Honestly, it's extremely frustrating being a teenager and just having to let millions and millions of people get to talk about the way I look," she said, before admitting that all the negativity was much tougher for her in the beginning. In fact, according to D'Amelio, the naysay almost caused her to quit social media "a bunch of times."

"People just did not like me. That was fine. Whatever," she continued. "Honestly, at that time, I didn't like myself. So I just believed everything everyone said. And then I realized throughout all of this, people will say anything to get likes."

Granted, D'Amelio said that what ended up keeping her online was having "a very good support group around me." And though she went on to add that she doesn't usually like to "bring attention to the negativity," she did have one final thing to say about all of scrutiny surrounding social media personalities — particularly the ones who are young women.

"Keep your rude thoughts to yourself and I understand it's an opinion," D'Amelio concluded. "Then keep it to yourself. If you don't have anything nice to say don't say anything at all."