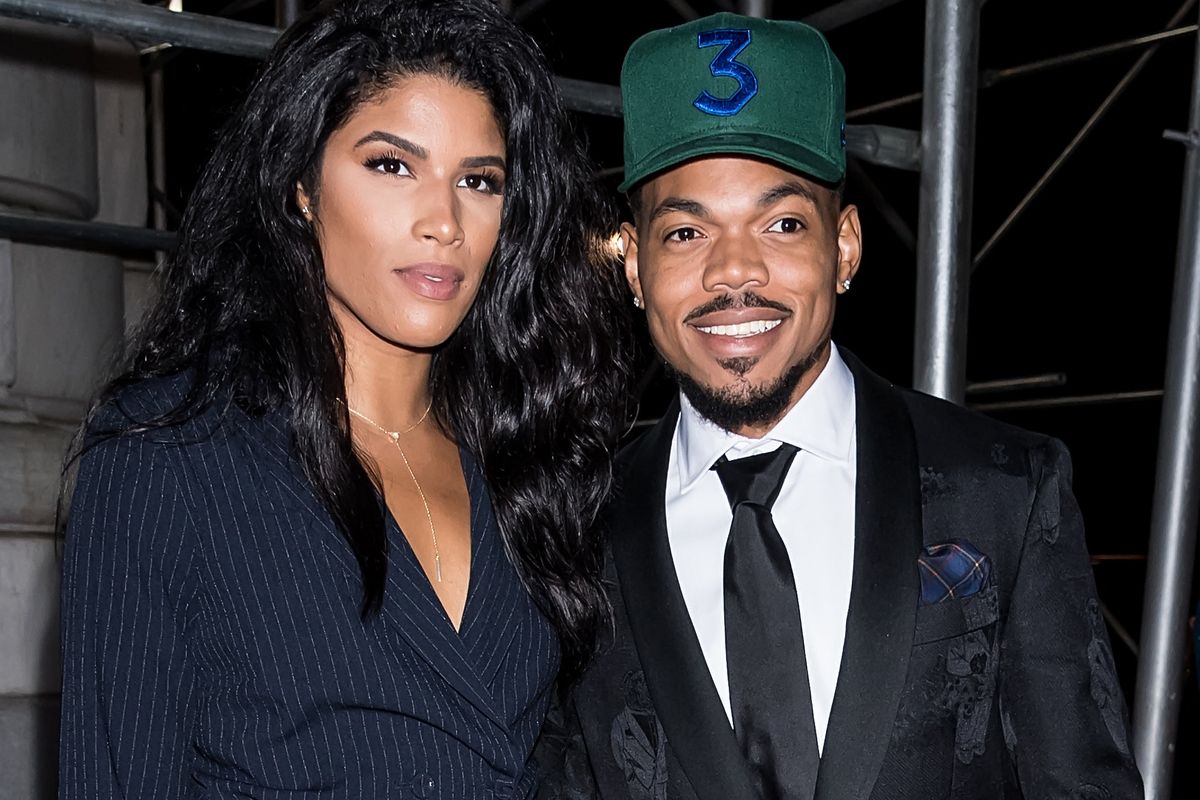 Chance the Rapper and Kirsten Corley Are Married

According to reports, the two tied the knot on Saturday in a private ceremony in Newport, California. And while Chance has yet to confirm the news on social media, Kirsten (whose account is private) has apparently shared a wedding photo of them walking down the aisle with the caption, "Mr. and Mrs."

Instagram account The Shade Room has shared photos, as well as a video from the ceremony. And as seen in these photos, among the guests present were Kanye West, Kim Kardashian West, and comedian Dave Chapelle.

In a series of tweets from last Wednesday, Chance share that he and Kirsten first met when they were 9 years old, at his mother's office party back in 2003 — Kirsten's mom was his mom's boss.

Storytime. A thread on how I met my wife. pic.twitter.com/Qi0DWRZF0r

But while it seemed like love at first sight, the two never met again until 2012 at SXSW in Austin, Texas. By 2015, they welcomed their daughter Kensli to the world. It wasn't until last year that the rapper popped the question.

To answer a few questions
-she was Kelly Rowland
-she was there/dancing because her mother was my mom’s boss
- I never saw her again until SXSW 2012 in Austin, Texas where we met and eventually when back in Chicago we connected the dots

Congrats to Mr. and Mrs. Bennett!