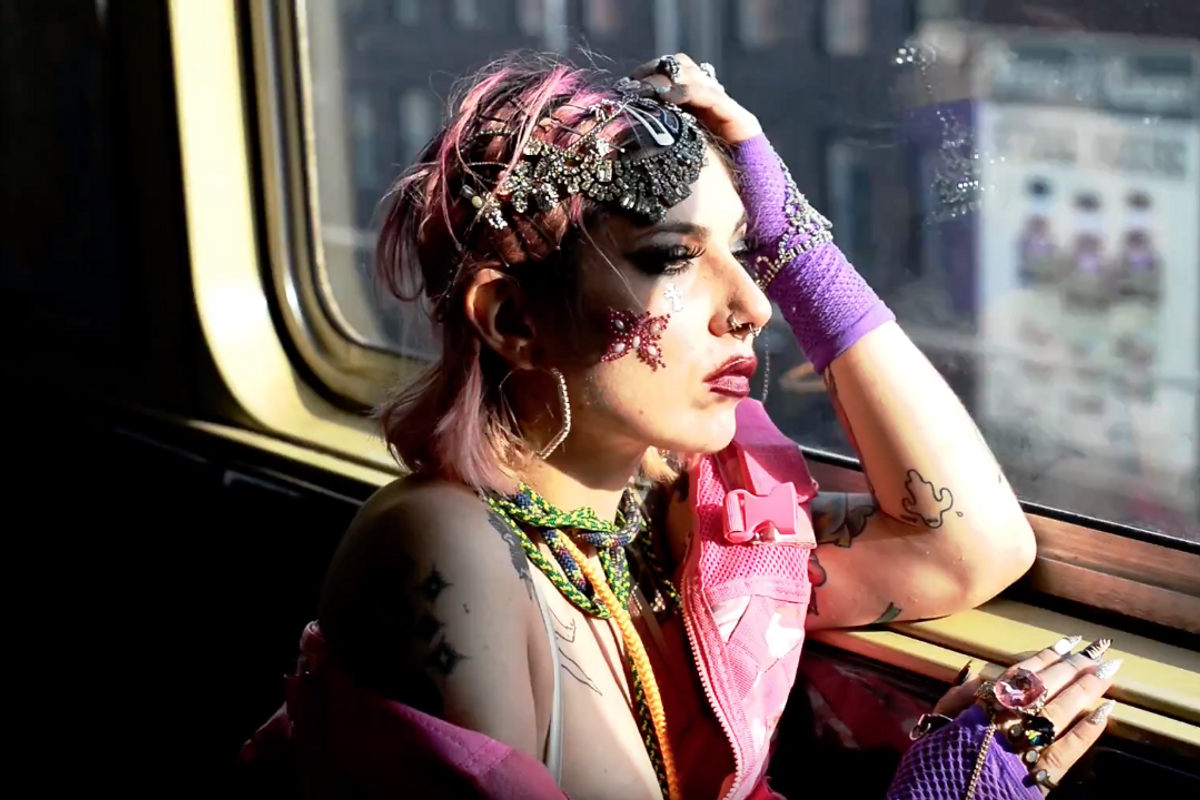 If the teen love child of Paris Hilton, Lady Gaga, and Helena Bonham Carter got thrown up on by Hot Topic and cast in Spring Breakers 2, that might start to get at the aesthetics of cecpooL, a self-declared "gothemocandytrap kween" who is making confrontational, no-fucks-given feminist emo rap.

She taunts every misogynist, abuser and Internet troll who's ever called a woman a bitch in the new video for her reclamation anthem "Stupid Dumb Bitch." Rocking gloriously decade-confused cyber goth club kid meets early 2000's MTV star looks, styled by Whatever 21 founder Brian Whatever and experimental style upstart Griffin Hall, cecpooL satirizes every misogynistic trope in the book, modeling herself as sometimes-grotesque caricatures embodying the "deviant," "bad-girl" kinds of femininity that our society hates, taking their insults, and devouring them.

"Stupid Dumb Bitch" was produced by Daniel Lynas (co-writer/producer of Kanye West and Nicki Minaj's "Monster") and marks the music video debut of Polish fashion photographer Anna Bloda, known for her hyper-raw explorations of gender, sexuality race and nostalgia. Its pastiche of nostalgic pop culture and caustic satire is a perfect example of how cecpooL and her collaborators are darkly interrogating taboo to lampoon our culture's biases.

cecpooL calls the video "an all-inclusive neo-feminist anthem for every femme who has suffered from feelings or fathers."

The video premiered this Saturday at Silver Factory during a party hosted by Whatever 21. A DJ lineup including qualiatik, Neuport, Anna Bloda, Mateo Palacio, F. Virtue, snowy wilderness and more set the stage for cecpooL's live performance debut of her new project, Slime Shady.

Watch the PAPER premiere of "Stupid Dumb Bitch," below.