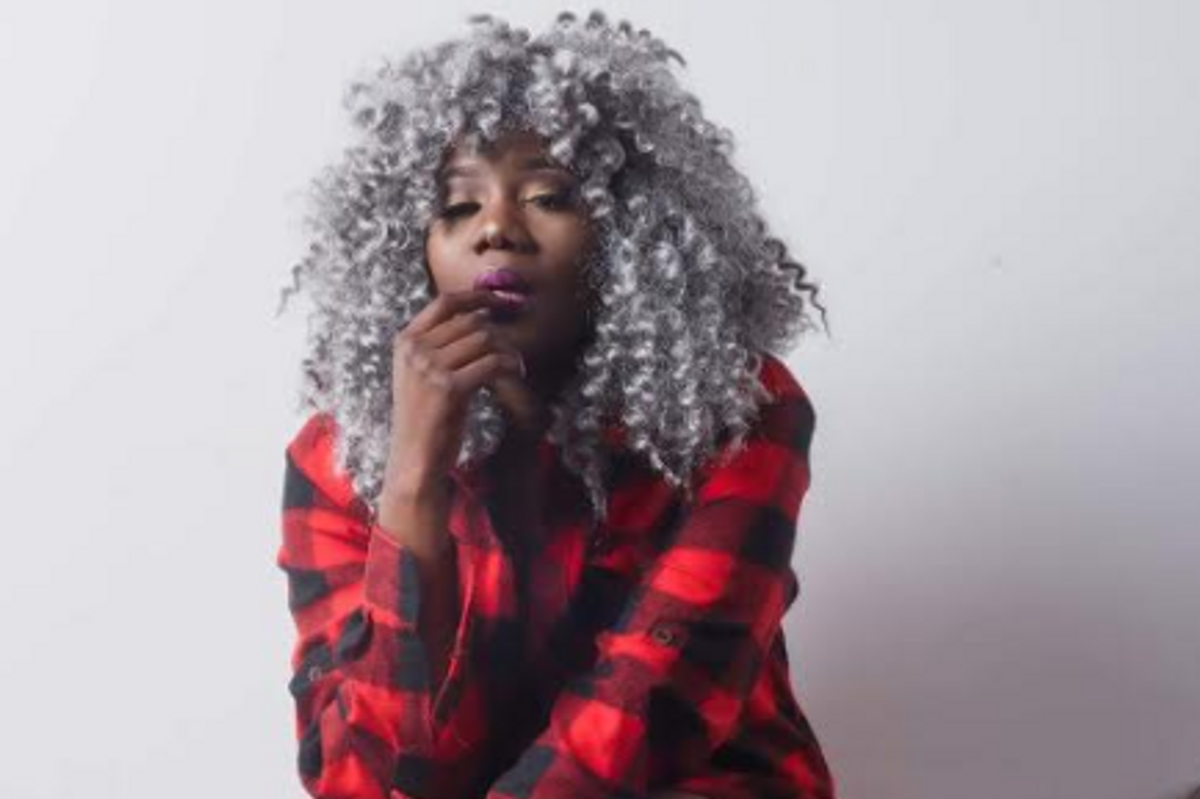 Best known for her song "Alhadji", which was played in the 8th season of Big Brother Africa, Cameroonian-American rapper and singer Naomi Achu's music is truly a treat. Informed by her international background – Achu was born in Cameroon, grew up in the U.K., and eventually moved to the U.S. – she mixes infectious dance beats with compelling narratives, multiple languages, and beautiful visuals to create an aesthetic at once trans-national and still all her own.

With her 2016 sophomore album Long Live the Queen winning her a number of accolades, including a N.E.G.A. Award (NExt Generation Award) for Best Female Artist as well as an AFRIMA (All Africa Music Awards) Award for Best Female Artiste in Inspirational Music, Achu is definitely one to keep tabs on.

We sat down with with Naomi to talk artistic process and empowering women.

How did you get involved with music?
I've been singing since I was very little. I wrote my first song when I was 9 and the passion grew. When I was in secondary school, I would participate in Sunday services and choir. We had a girl group and I would write songs for the girl group. So between London and Africa and here, I've been honing my craft. I was initially inspired to sing by Whitney Houston. I was watching her sing "Greatest Love of All" and I was like, "Oh my goodness I really want to be like her! I really want to sing!" She was one of my main inspirations. Her and Michael Jackson.

Who else influenced you musically?
I would say my very first inspirations were Whitney Houston and Michael Jackson, and more recently I'm intrigued by artists like Erykah Badu, Angelique Kidjo, Kirk Franklin, just to name a few.

What is your intended audience? What's the ideal place for your music to be played?
Because my sound is very international, my ideal place is The National Cherry Blossom Festival. I enjoy it when my music gets people from all ages to dance. I enjoy when I'm singing and I see a 5-year-old dancing and I see a 65-year-old dancing. It makes me happy knowing I can appeal to all audiences. Almost any festival is my kind of thing. As I said, I'm influenced by Angelique Kidjo; she is also someone who inspired people of all cultures.

You talk about having an international sound and also being influenced by your West African culture. Can you talk about these two influences?
Being that I've lived in various places- I've lived in Europe, I've lived in Africa, and I've lived in the United States, my background has an impact on my music. I'm singing in English, one of the most spoken languages in the world, but I'm taking pieces of my native tongue and pulling out one or two words. And then I'm going into Nigeria and all the parts of Africa and pulling out one or two words so that people from different cultures can blend. I also sing in French, because Cameroon is bilingual. I'm singing in English and in French and then I'm mixing in my dialect to give it that international sound.

Your music videos are beautifully styled. Can you tell me about the role of visual aesthetic and of style in your work?
I think it's important for my work to have some kind of styling because human beings get bored easily. With mobile phones and TVs and radios, there's always something there to grab people's attention, so you always want to give people something different to look at. So in my videos and in my performances I try to be elaborate to give people something to not just listen to, but to look at visually. The fans like it, so I'm like, "You know what, if my fans enjoy the styling, I have to keep it."

Can you tell me a bit about your song writing process?
I have two processes. Most of the time, songs come to me. I could just be doing anything and a song will come to me. Or I can be frustrated and a song about that situation will come to me and I start writing and then I'll go to the studio and I'll sing the song to the producer and he will build the beat to it. Or sometimes I can listen to a beat and I can be like, "Oh my goodness this beat is so amazing!" and I can write to that beat. It goes two ways.

Do you have one way that you prefer?
The songs that I write from the heart and then have a beat made to, they tend to sound very authentic and very original, as opposed to a beat that someone has made. The emotion and the story [shine through]. Like "Busy Body" for example; that song was based off a true story. I was home with my mom because I had had a baby and she came to help out. It was 1 am at night and she was asking me to do something or sending me on an errand and I was like, "Mom, are you really going to ask me to do this at this time?" And then I said, "You're a busy body." And then I started singing [the chorus of the song] to her and she was smiling like, "Yeah that's me!" So I went to the studio and I was writing and I called her up and I was like, "Ok Mom, so what are you thinking? What's going on in your head right now?" And then she would tell me, and I wrote the song, and that's the song that won me an Afrima Award in Nigeria.

Cool! It was inspired by your mom!
Yes. Having her around made the experience more authentic. When I brought the song back from the studio the first time, she played it and she was like, "Oh my goodness!" She looked at me and she was laughing because the words I was using were so authentic and it really reminded her of herself. She felt like it was a song that other women could relate to as well. It came from the heart. Songs that come from the heart have a way of resonating much faster.

I read that you're interested in inspiring women through your work.
Yes, female empowerment is very important to me as a female artist and an artist from Africa. Women in Africa are expected to be a certain thing- go to school, get married, have kids. And I want to empower women as I'm coming from that background. I want to empower other women to know you can still be a wife- I'm married- you can be a mom, and you can still achieve your dreams.

Naomi Achu is performing tonight at 1:00 am at Russian House.