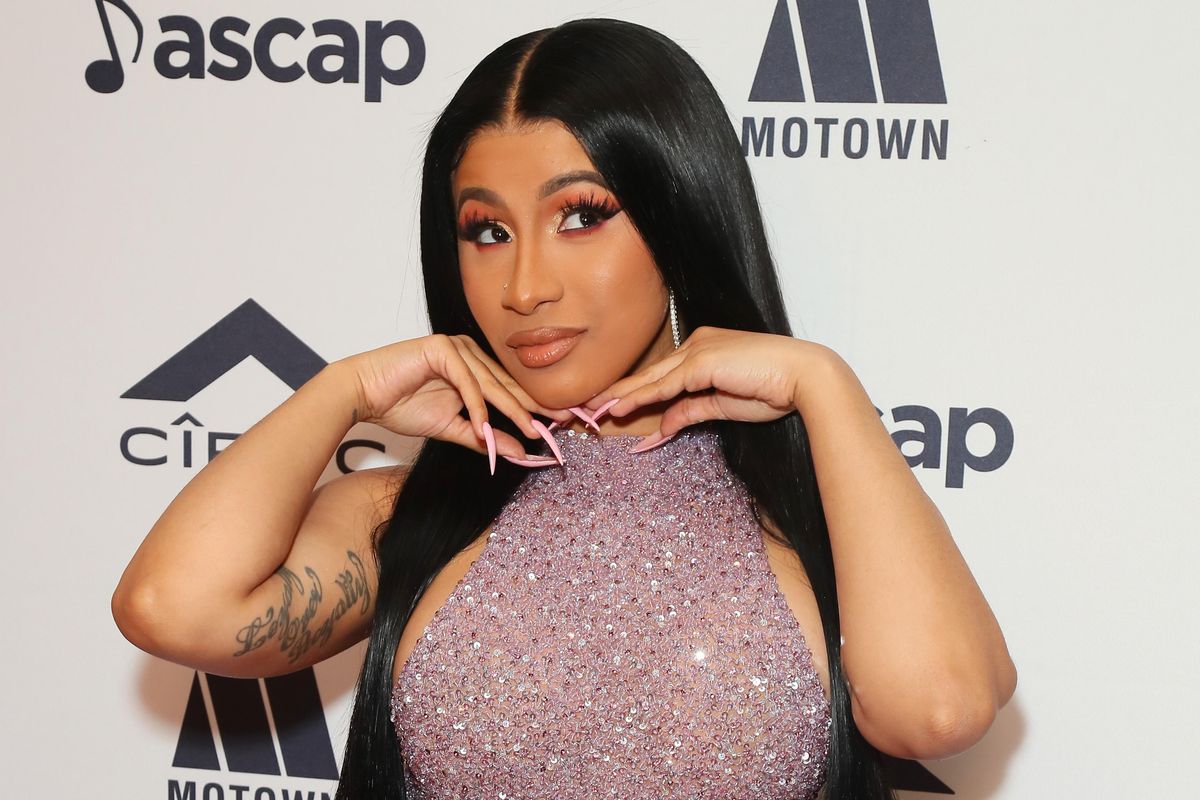 Cardi B's 'Up' Is Obviously Iconic

To absolutely nobody's surprise, Cardi B's latest track, and its accompanying music video, is perfect. Her first release since the song of the summer, "WAP," "Up" sees the rapper laying 2020 to rest, once and for all — but the visuals are giving us life.

Related | Breaking Down Cardi B's Fashion Looks in 'Up'

The music video, directed by Tani Muino, begins with a shot of Cardi in black, diamond-encrusted lingerie standing in a graveyard with her back facing the camera directly on top of a tombstone that reads: "RIP 2020." The scene then cuts to the singer in an angelic floor-length white gown, head in the clouds as she mounts a pink Hummer-style car as the logo.

With no shortage of looks, the video shifts sets to an '80s-style workout video — complete with full choreo — as Cardi sings, "I could make the party hot/ I could make ya body rock."

In the YouTube livestream of the "Up" Cardi shared that this latest music video is a sign of what's to come on her highly anticipated sophomore album, set to release later this year. "I wanted to do something more gangsta, more cocky," she said, explaining that she's shying away from the "sexy image" she's cultivated, veering back to the roots of her first mixtape.

Cardi also revealed that she has "like 50 songs recorded" in preparation for her album release, which will feature both "Up" and "WAP."

Needless to say, we can't wait. In the meantime, check out the iconic video for yourself, above.