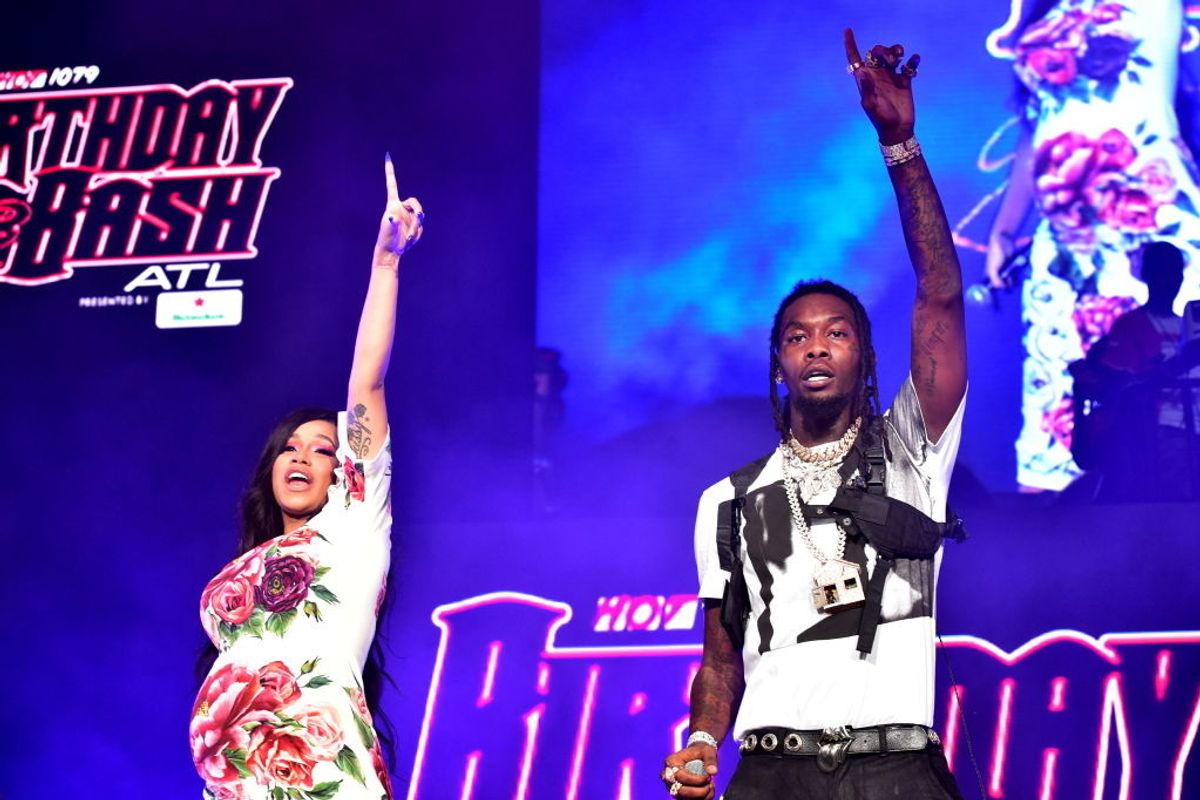 Cardi B Reunites with Offset

Offset is out of jail as of Saturday, July 21, and Cardi made sure the public knew that her husband was home with a quick snap on Instagram. The Bronx-born rapper posted a Boomerang that doesn't show the Migos member's face, but instead reveals her own scrunched up expression, and a caption that says "Home." She then followed this up with text that read,"For the record OFFSET IS NOT ON PROBATION 😒🙄" — clearing up the terms of her husband's arrest.

The "Bad and Boujee" rapper and his bodyguard were caught for possession of marijuana, as well as carrying firearms. He was driving his Porsche, and was flagged by an officer for illegally switching lanes in Jonesboro, Georgia. His lawyer Drew Findling tells People that he was held at the Clayton County Jail on bond, which has been posted. "He is concerned, very concerned, about [Cardi B]," added Findling. "Of course his new baby is his top priority as well as his other children."

Baby Kulture's dad was bailed out for $17,000, and is scheduled to appear in court on Sunday.