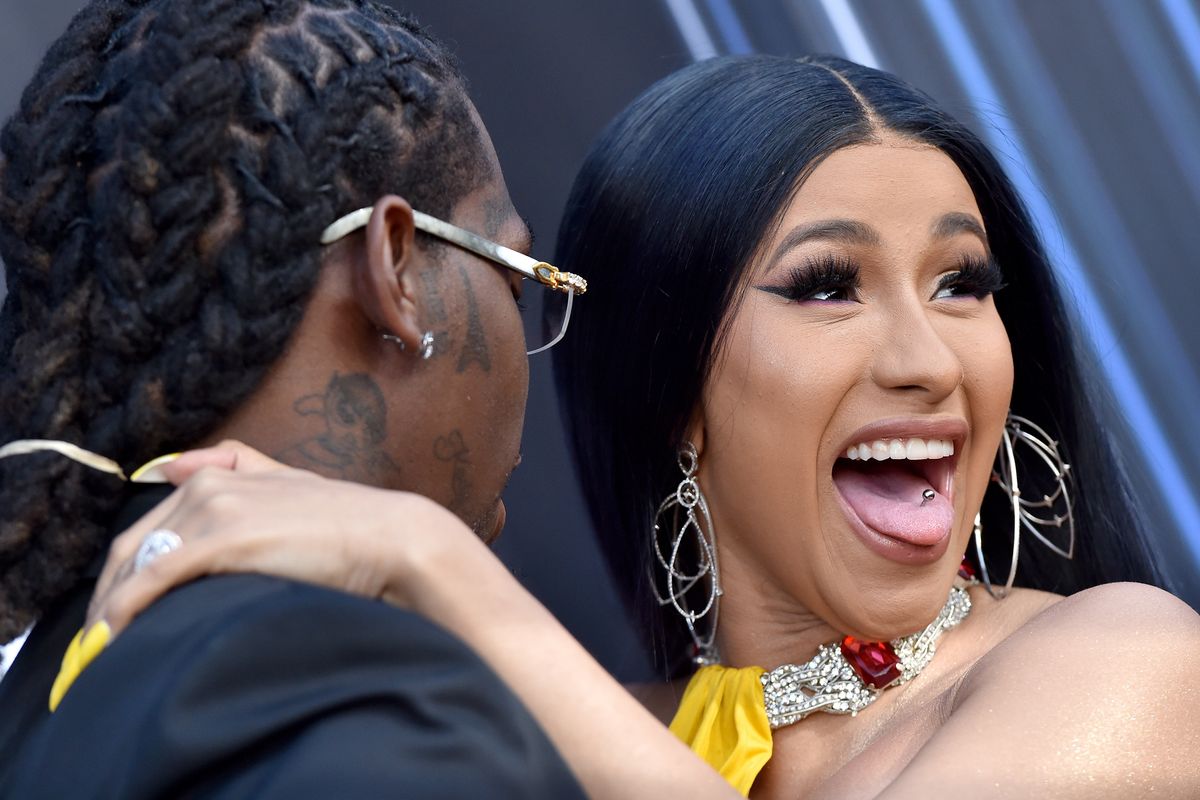 Cardi B isn't here for your speculation about her "kitty," if her response to an alleged wardrobe malfunction at the 2019 BBMAs is any indication.

During the ceremony last night, a viral photo of the star had some wondering if she had accidentally flashed the cameras while giving Offset a dramatic smooch on the red carpet. However, never one to let bullshit slide, Cardi promptly responded to the speculation with not just a firm correction, but a thorough anatomy lesson.

In a now-deleted video, Cardi called out the gossip, as well as the (terrible) people Photoshopping it to make it look even more like "'Cardi pussy.'"

"First of all, that ain't my pussy. My pussy right here," she says, pointing to her vulva. "This where I birthed my daughter from." Cardi then goes on to explain that, "This right here, the part that shows when I go like this, that's just my ass. You know when you got a fat ass? That shit gets fat right here."

Not only that, but she also chastised everyone buzzing about her vulva. After all, if they wanted to see it so bad, "y'all should've seen me when I was a motherfucking stripper." Points were made! Watch the video for yourself, below.

My love for @iamcardib tripled last night after this amazing video she posted to — and then deleted from — her Instagram. pic.twitter.com/l2CvoUsAvZ