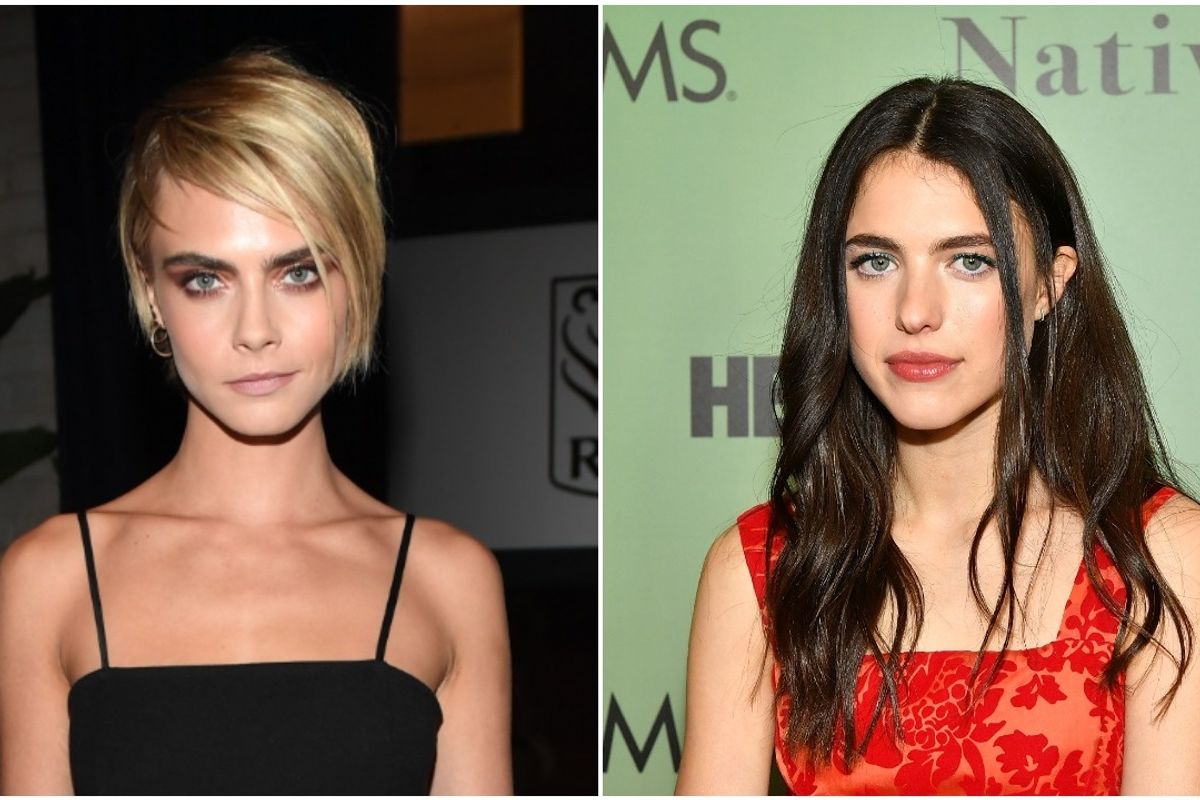 Another day, another rumored quarantine romance — and this time the speculation involves none other than Cara Delevingne and Margaret Qualley.

On Sunday, Delevingne took to her Instagram to share a slideshow featuring several adorable photos of the two.

"I'm not cute, you are @margaretqualley," the star captioned the post, alongside a number of pics in which they can be seen getting close. And while the two have been close friends for some time now, as noted by several publications, in between this new tribute and previous photos of Delevingne and Qualley sharing a masked kiss in July, it didn't take long for Delevingne's comments section to be filled with questions about the two's relationship status.

I’m not cute, you are @margaretqualley ❤️

"I love seeing people in love," as one commenter wrote, while others simply opted to ask, "Yall are together?"

Not only that, but the speculation seemed to extend to Twitter, where a number of fans continued to wonder whether Delevingne and Qualley were "dating or they're just good friends."

Are Cara Delevingne and Margaret Qualley dating or they're just good friends 👀 pic.twitter.com/L6SloE74hK

off topic was no one gonna tell me cara delevingne and ashley benson broke up and that margaret qualley is apparently gay and now dating cara ?2?#??2#!

So... Are cara and margaret together? 😳🥺

Meanwhile, some expressed their confusion over whether there was any truth to the separate rumor that Delevingne had "cozied up" to supermodel Kaia Gerber following her May split from Ashley Benson.

Is cara dating kaia or Margaret? I’m confused af. Not that I care, just like hmmmm

Neither Delevingne nor Qualley have addressed the speculation.