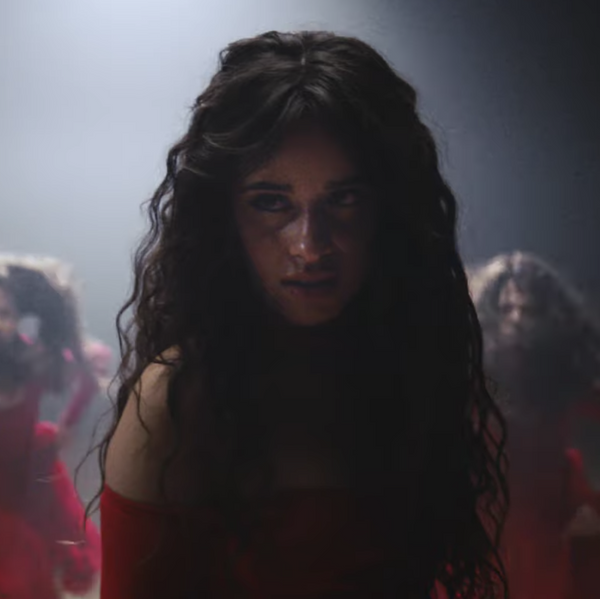 Camila Cabello Has Hit Her Prime on 'Shameless'

All of the Top 40 bravado that has surrounded Camila Cabello in the wake of massive hits like "Havana" and "Señorita" has been stripped away on the singer's latest single, "Shameless," one half of a double single release including "Liar." On both songs, she's refreshed; there's a direct participation in pop tropes without sounding formulaic. She flirts with Banks-like gothic bass-pop on the drop in "Shameless," and ultimately, the tense track was the first pick to get a music video — and it's sprawling to say the least.

In the video, Cabello finds herself in a power-play of Biblical and anti-Biblical proportions; from a confessional to a militaristic formation of brunette dancers in draping red dresses, the video stands alone as a presentation of Cabello's pop prowess. Directed by Henry Scholfield, the camera is ever-panning, as if Cabello is chasing her prey and slaying it along with each kick drum post-chorus.

"Show me you're shameless/ Write it on my neck why don't ya," she begs in a high-pitched growl at the apex of each chorus. On a single track, and in a single, fiery video, Cabello has demonstrated that she possesses the vocal chops to carry a ballad like "Shameless," but also a unique sensibility for multi-genre flirtation. While her past solo ventures have been just as stunning, they've stayed relatively still in the current Top 40 sound vacuum. On "Shameless," Cabello is taking next steps towards a critic-defying era.

Watch the full video for "Shameless," below.