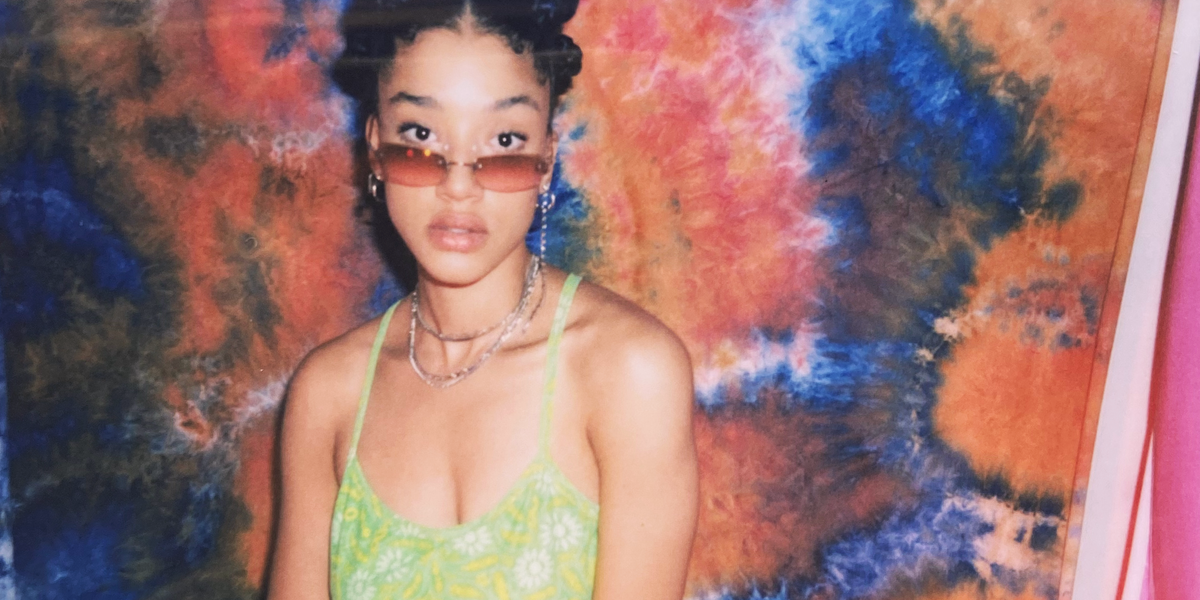 If "life is a performance," as BXB LOVE suggests, then the Canadian-born artist's new single, "IGNORANCE SONG," is an anthem "for a generation that is in no rush to put labels on themselves."

BXB LOVE, whose real name is Natasha Pheko and previously performed under the moniker Phé, first made the track from her bedroom with a college friend. "It was actually one of the songs that first inspired me to explore rebranding my artist project," she says, explaining how her co-writer and producer D Phelps helped move the song idea into a more guitar-driven, rock direction.

The chorus, which sees BXB LOVE shouting above pounding industrial-pop production, came somewhat "instantaneously," but it also pushed her outside her comfort zone. "I was pretty nervous to share it cause it wasn't the type of thing people were used to hearing from me," she says. "It was loud and yell-y and aggressive, whereas the music I had been releasing up till then was more sensual and smooth."

"IGNORANCE SONG" is "invigorated, excited, curious" — an in-you-face punch that reflects the music BXB LOVE wants to be making under her new name. Fittingly, the demo garnered interest from Willow Smith's camp along the way, despite never being cut by the artist. "I felt deep down that this song was meant to be released by me," BXB LOVE says. "It was meant to usher me into this new artistic and creative space, and I couldn't give that away."

And a bold reintroduction it is, perfectly capturing her generation's feelings about our ever-evolving identities. "I don't know me," BXB LOVE wails on the single's hook. "Suspect of reality/ I ain't got nothing to be/ You ain't got nothing to see." Later on, she doubles down on these ideas: "Where we gonna end up?/ No one knows/ Who's gonna stick around?/ Only time will show."

Ultimately, BXB LOVE says she created "a song of self-discovery and self-empowerment in a world that encourages us to grow up too fast and define ourselves in society without taking the time to ponder who we understand ourselves to be, how we desire to express that being and how we want to exist in the world."