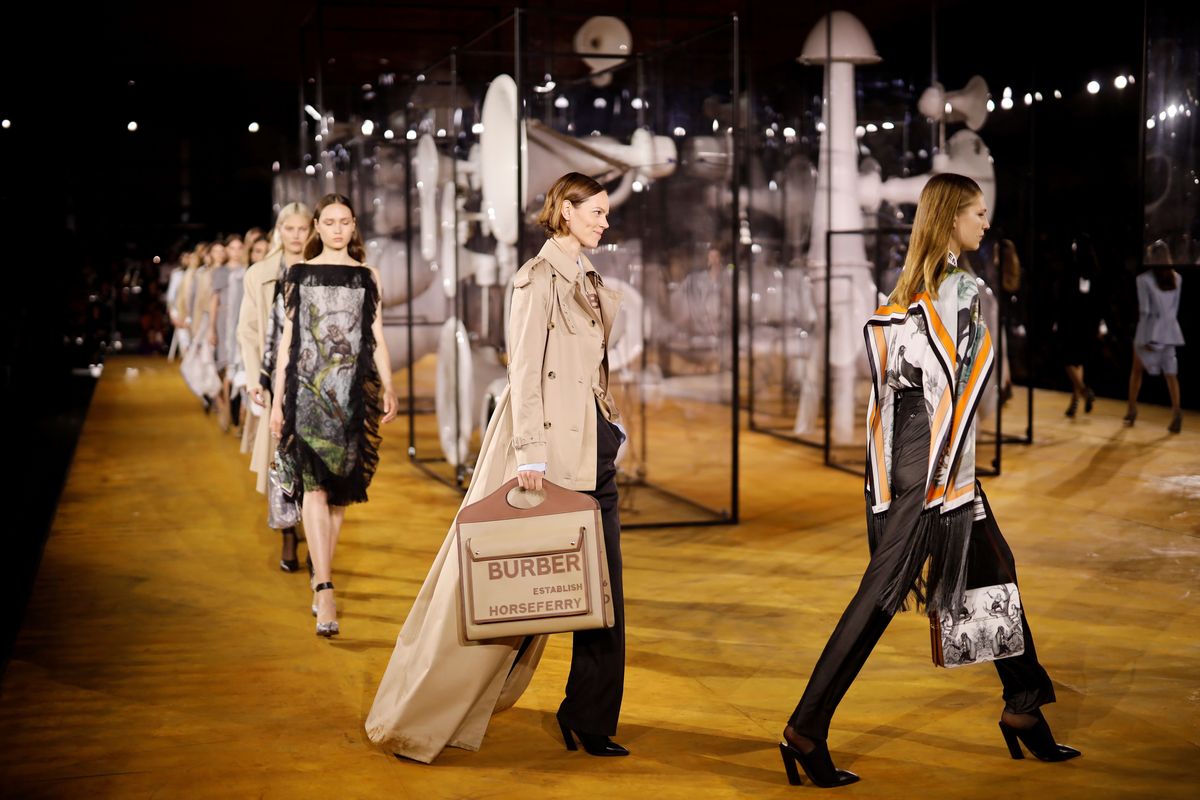 Burberry's Next Runway Show Won't Have Any Actual People Attend

If no one is around to witness a fashion show, did it even happen? More than likely not these days, it seems, with guests hellbent on recording an entire catwalk for their IG stories just prove they were there. (I may have been culpable of this.)

Nonetheless, having a live audience has been a hallmark of how fashion operates for perhaps the same reason sporting events have always had fans come out in droves — people feed off of each other's energy whether we embrace it or not. But with large gatherings on hold for the foreseeable future thanks to corona, will a crowd-less fashion week even make sense?

We're about to find out soon enough, with Burberry becoming the first major brand to commit to a physical show in September. While other brands like Michael Kors and Saint Laurent have pulled off the fixed fashion week schedule next season, the British label is intent on keeping to the calendar.

Riccardo Tisci, Burberry's chief creative officer, announced that he will present his Spring 2021 collection outdoors on September 17, before the official start of London Fashion Week. While it will be a physical show, no guests will be invited to attend as the focus is to open it up for everyone to experience digitally.

"Other than the models and our team, there will not be anybody physically at the location," Tisci told WWD. "As most people are unable to travel, it was important for me to create a space where anybody would be able to engage with, and immerse themselves in the show experience. I am so excited for everybody to be involved."

While this won't be the first show to be held sans seated guests — there was no audience at Giorgio Armani's last show just as the virus started to spread — it will likely set the tone for what a full fashion week could look like without all the non-stop traveling and hordes of people who don't need to be there. Regardless, we'll all be staying tuned to see what ideas Tisci will have up his sleeve.