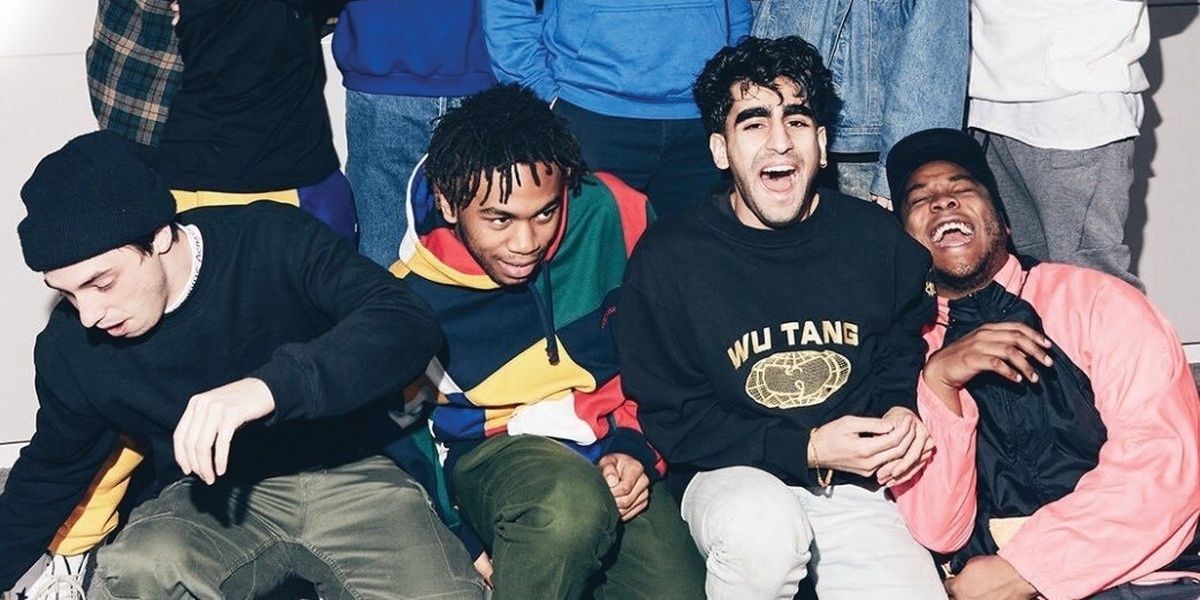 The summer of BROCKHAMPTON continues strong with the premiere of not one but TWO new tracks on their Beats 1 Radio show, Things We Lost In The Fire Radio, last night. Fans were treated to a new music video for the single "1997 Diana" and an un-finalized version of "Don't Be Famous" off the upcoming album, The Best Years of Our Lives.

The video for "1997 Diana" features all the boys bouncing around a sweaty locker-room mugging for the camera and showcasing their moves. A tug-of-war plays out in the background of a high school gymnasium as toilet paper, towels, and cowboy hats whiz by the camera in the chaotic constantly shifting scene. We even see Kevin Abstract and boyfriend Jaden Walker share a kiss for a brief moment among the fray. The playful energy of a grade school food fight against the machismo posturing that is often associated with changing in the locker room, this subtle subversion pokes holes in what would otherwise be a toxically masculine scenario.

The other new song, "Don't Be Famous," has not seen an official release but was teased on BROCKHAMPTON's radio show. In a since-deleted tweet, Kevin Abstract explained that the version played was not the finished version and that the band would be going back to tweak some elements before its official release. Featuring lyrics that talk about student loan debt, "Don't Be Famous" feels like a bridge, production-wise, between the Saturation trilogy and their newer evolved sound.