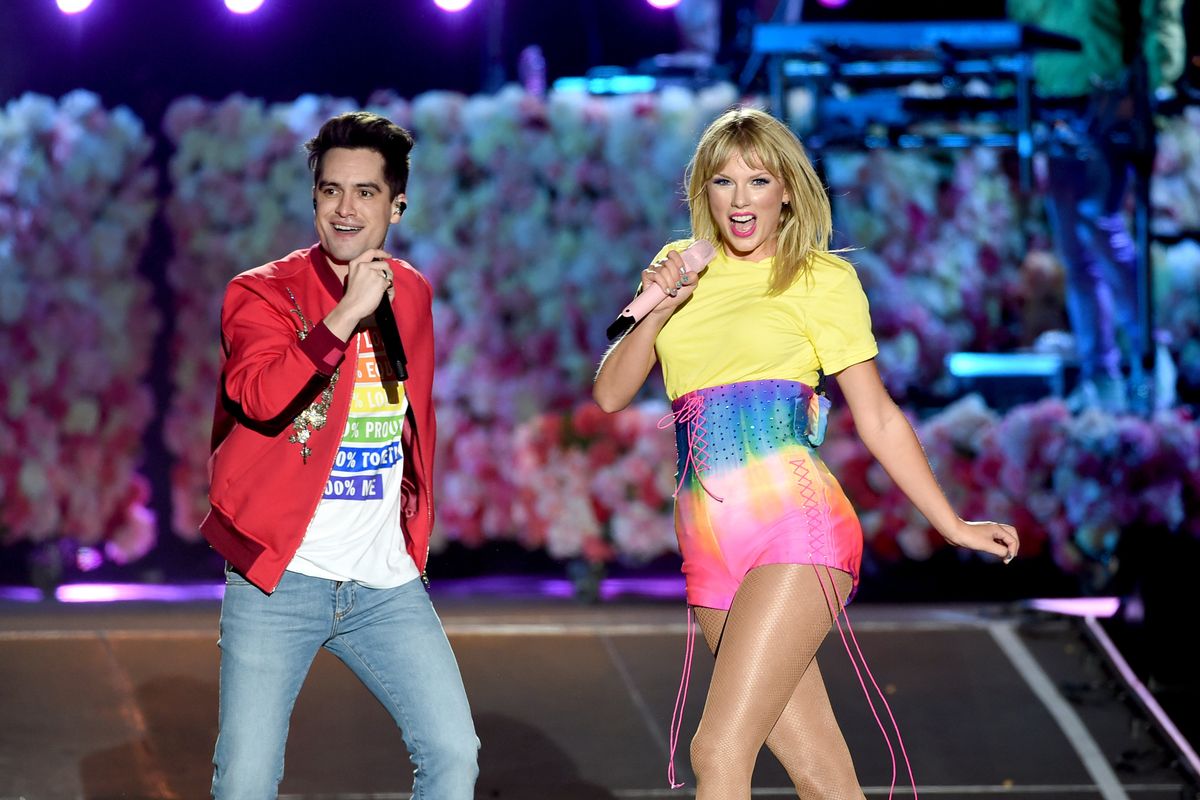 Day three of Taylor versus Scooter, and things are only getting more intense. Swift is reportedly screening Braun's apology calls, and numerous celebrities have thrown their support behind her — including Cara Delevingne and musician Todrick Hall. Today, recent Swift collaborator Brendon Urie weighed in, passionately siding with his friend.

Urie called out Braun on his Twitch channel, which is very on brand. "This fucking Scooter Braun shit, what a piece of shit, right? You guys know about this dude? It broke my heart," he said during a live stream last night. "I read Taylor's statement and I was like, sounds about right, you know? Toxic dudes doing toxic bullshit in this toxic industry." He continued: "He doesn't sound like a very good person, does he? I stand with Taylor, of course."

A feminist ally! Urie clearly bonded with Swift when they recorded "Me!," the first single from her upcoming Lover album — her first record to be released with Universal, as opposed to Big Machine, her old label which Braun now owns. Read a comprehensive rundown of that whole situation here.

More drama: longtime Swift ally Ed Sheeran is under heavy scrutiny from stans who think he should make a statement against Braun, as Urie has. Responding to one of them in his Instagram comments section, Sheeran said he was consoling Swift privately.