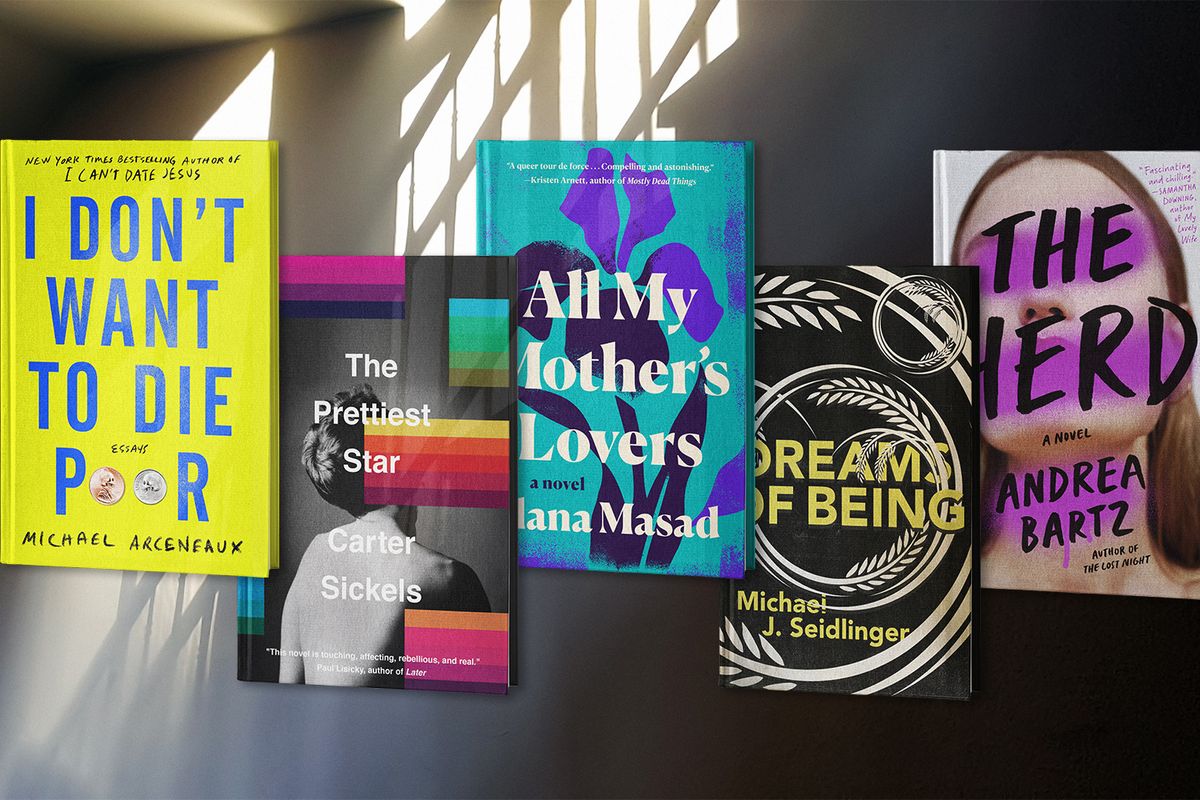 Read These 15 Books in Quarantine

This year is a hearty serving of garbage marinating in some old hot dog water, but 2020's books are anything but. While COVID-19 renders everyone in isolation (with the exception of essential workers), bookstores and authors alike find their livelihoods threatened.

Just this week community favorites like The Strand in New York City laid off 188 employees. Powell's in Portland closed its doors and laid off a majority of their staff. Author tours and events are being cancelled left and right, forcing writers and publishers to pivot to all-digital promotion. Indie authors and presses, whose success heavily rely on public appearances, are especially overcome with anxiety on getting word of their books out.

But no virus will stop us from extolling the brilliant books that are coming out this year. PAPER put together a list of 15 must-reads during this time of challenge, from memoir to poetry, to provide us with respite from the nesting doll of horrors that is everyday life.

While there is currently no cure for COVID-19, Samantha Irby is the antidote we all need right now. Irby has been providing relief in the form of laughter since Meaty, her debut collection of essays in 2013. Now 40, married, and dwelling among people who will yell at you for not composting, this New York Times-bestselling author is back with her third collection of essays, Wow, No Thank You, which catalogs her transition from longtime city-dweller to living in a small town in rural Michigan as a queer Black woman. The master of oscillating between heart and humor does not disappoint in her latest magnum opus.

PAPER stans the New York Times-bestselling author of I Can't Date Jesus. Our Lord and Savior, Michael Arceneaux, is back with a new collection of essays for anyone who is trying to keep their head above growing debt. Be it medical or educational, Arceneaux is here to keep you laughing from crying when dodging phone calls and emails from debt collectors who have no problem calling you on Christmas morning to inquire about that outstanding balance. Arceneaux takes an emotional look at how debt has impacted his life — from dating to health to career — and exposes the toll it takes on his mental health, all while delivering his signature wit along the way.

What better way to take your mind off a global pandemic than an ensnaring thriller that follows two sisters who search to uncover the truth about the founder of an exclusive New York women's workplace and her sudden disappearance? Let Katie and Hana distract you from your dwindling supply of toilet paper while they try to find out why Eleanor Walsh, founder of The Herd, one of New York's most coveted co-working spaces, vanishes on the night of a lavish news conference.

Calling upon thinkers like Judith Butler and Donna Haraway, Whitney explores how our childhoods shape the people we grow up to be. Whitney weaves their story of growing up around their mother and grandmother, and aims to understand their influence on their selfhood (both physical and emotional) in a gripping memoir whose sentences are akin to a skipped heartbeat.

This is a collection of poetry that won't leave your mind anytime soon. Described as a "No Boys Allowed clubhouse for feminine rage and healing" (and honestly, how can you not buy this collection based on that one line alone?), Kim Vodicka, the self-proclaimed "Spokesbitch of a Degeneration," unleashes a dizzying spell of love, fury, sex and toxicity against the backdrop of Memphis, Tennessee. We'll take 10, please.

Released only a week ago, Paul Lisicky's latest memoir is capturing the hearts of readers across the country. Set in Provincetown in the early '90s, Later is a love letter to a town rife with grief from the AIDS crisis. Lisicky teaches us to find joy in times of chaos and uncertainty (sound familiar?) and reminds us of the strength in community, and, ultimately, ourselves.

This book is on almost every anticipated book release list for spring 2020, and this list is no exception. Maisy Card's debut novel is cat nip for those who love to feast on the dysfunction of family. Thirty-five years after leaving Jamaica to find fortune in London, Stanford — once known as Abel — is faced with the ultimate reckoning from his past: abandoning his wife, Vera, to assume the identity of his fallen friend, Solomon — letting everyone back home believe he's dead. Enough said: this is worth a read.

Brian, an 18-year-old gay man from Ohio, comes back home from New York City after AIDS claims his lover and, now, his future. Written by Lambda Literary award-winning author Carter Sickels, this novel hones in on a rural community during the onslaught of the AIDS epidemic. After returning to a place he was so desperate to escape, Brian (and his family) contends with alienation and humiliation once his secret becomes public, and focuses on the forces of love and understanding that bloom from soil previously thought unfertile.

The darling of publishing, beloved by authors far and wide, Michael J. Seidlinger, author of My Pet Serial Killer, returns with his latest novel, Dreams of Being. In pursuit of inspiration and direction, one writer walks the entirety of New York City, coming across Jiro, a, shall we say, peculiar man protesting the grand opening of a restaurant on a busy Times Square block. Jiro, under the impression that the writer is a director who is interested in developing a project centering around his culinary prowess, comes face-to-face with the truth, revealing what it means to foster creativity in a world devoid of passion.

Inspired by the 1963 novel by Sylvia Plath, Cepeda churns out a collection of cento poems that pay homage to one of America's most influential voices in literature. Not only is each poem a nod to the haunting legacy left by Plath, but all 20 are imbued with Cepeda's ability to bridge a conversation between yesterday and today's voices. It's no surprise that La Belle Ajar is already one of CLASH Books' best sellers.

You may have fallen in love with Emma Straub from reading her New York Times-bestselling novel Modern Lovers or by visiting her beloved Brooklyn bookstore, Books Are Magic. Some good news (FOR ONCE) from 2020 is that Straub is back with a new novel, All Adults Here, which follows Astrid Strick after a repressed memory unearths itself after witnessing a school bus accident. What follows is a mother who questions the parent she thought she was to her three now-grown children. It's the warm and funny novel only one Emma Straub can deliver to us in this time of need.

This book is on literally every anticipated book list for 2020 and for good reason. Ilana Masad's debut novel is one for the — pardon the pun, I couldn't resist — books. In an effort to run from her grief after her mother's sudden death, 27-year-old Maggie Krause tries to learn the truth about her mother while delivering five sealed envelopes, each addressed to a mysterious man she's never heard of. What unfolds is the secret life her mother, Iris, kept from her children and husband, which forces Maggie to reconcile herself with the mother she thought she knew, and didn't know at all.

Calling all fans of dark comedy! Life of the Party follows Mia in Milan as she indulges in a life of unadulterated glamour, ping-ponging between the highs and lows that men and drugs have to offer, only to be confronted with her own self at the end. Written by former columnist for VICE and WIRED Italy, Tea Hacic-Vlahovic is a Croatian-born writer and comedian whose debut automatically marks her as a voice to watch out for.

The Vanishing Half by Brit Bennett (Riverhead, June 2, 2020)

From the New York Times-bestselling author of The Mothers comes an engrossing and poignant story set within a contemporary Black community in southern California. The Vignes twin sisters, after being inseparable growing up, shy away from each other as adults, and not just in proximity: their families, communities, and even racial identities set them apart. While one sister and her Black daughter remains in the same small town in the Deep South she once tried to escape, the other secretly passes for white, and her white husband knows nothing of her past. Even though they're separated by miles, their fates will forever overlap, especially when their own daughters' lives intersect with each other.

NOT TO TOOT MY OWN HORN BUT.

Photos courtesy of the authors