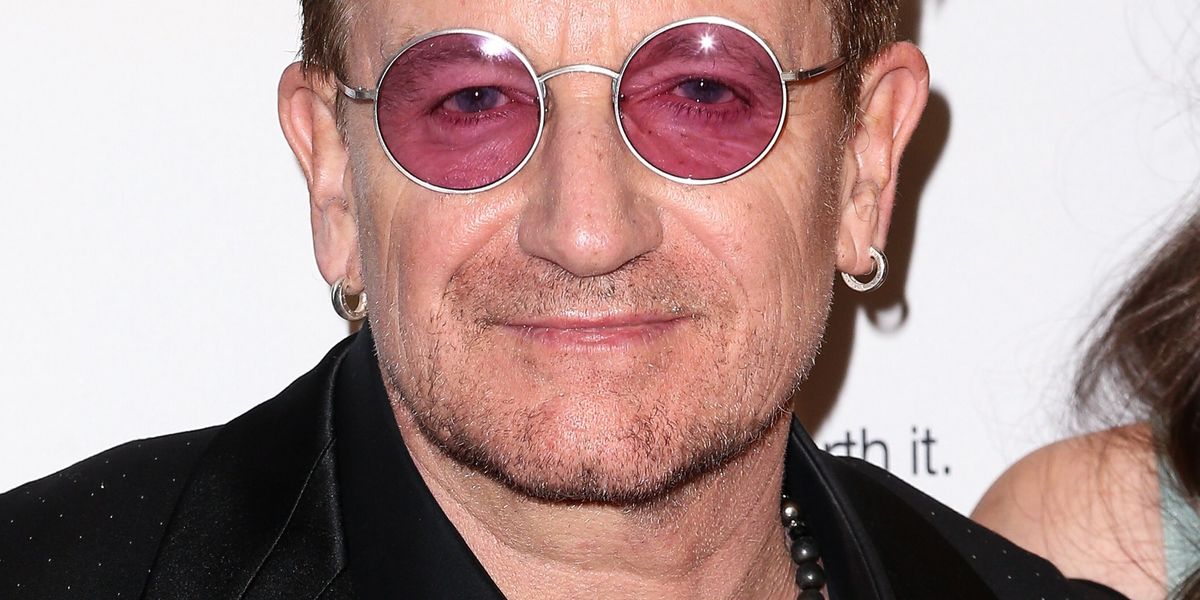 U2 singer, former Glamour Woman of the Year, and a longtime advocate for global HIV/AIDS relief, Bono, just met with Vice President Mike Pence at the Munich Security Conference and thanked him for getting the President's Emergency Plan for AIDS Relief (PEPFAR) passed in 2003 and renewed in 2008.

Bono joked that Pence is the second busiest man on Earth, noting, "Twice on the House floor you defended [PEPFAR]. That's how we know you, and we really appreciate that." Afterwards, Pence tweeted that he enjoyed meeting Bono and discussing "prior effort to twice pass Africa AIDS assistance & future security in developing nations."

The cordial meeting comes as a surprise, as U2 used their platform at the iHeartRadio festival last fall to urge fans not to vote for Trump. And, given the fact that Pence's policies as governor largely ignored the needs those living with HIV/AIDS in Indiana, Bono's praise feels especially ironic. As expected, Bono's remarks are being ripped apart on Twitter.

The same Mike Pence who caused a massive HIV outbreak in the state he governed? Sit down, Bono. https://t.co/Cgq4gMndvP
— Jackée Onassis (@Jackée Onassis)1487533492.0

Not only is PEPFAR itself controversial for being exclusionary of marginalized groups like sex workers, but as governor of Indiana, Pence also defunded the only HIV testing facility in the state, a Planned Parenthood in Scott County. His decision, paired with his hesitancy to allow clean needle distribution to drug users, led to an HIV epidemic in Indiana so severe that it was eventually declared a state of emergency.

Bono praising Pence for supporting HIV meds in Africa ignores his responsibility for the explosion of HIV in Indiana through program cuts
— D Gilmore-Kavanagh (@D Gilmore-Kavanagh)1487448456.0

As an advocate for LGBTQ rights and for HIV/AIDS relief, Bono has a responsibility to think about the histories and large-scale impacts of the politicians he endorses, and to not just praise their specific policy choices. While Pence may support PEPFAR, he also victim-blames drug users and believes queerness is a choice that should be "amended" with conversion therapy. His dismissal of communities that are disproportionately affected by HIV/AIDS stands in direct contrast with his nominal support of international HIV/AIDS relief. And, while brief interactions like the one between Bono and Pence may seem relatively harmless, they humanize Pence. Showing him as a friendly face and making jokes with him delegitimizes the daily harm he inflicts on minority groups. Failure to remember Pence's disastrous policies and hate-speech is a disservice to every Indiana resident living with HIV/AIDS in the wake of the epidemic he caused.