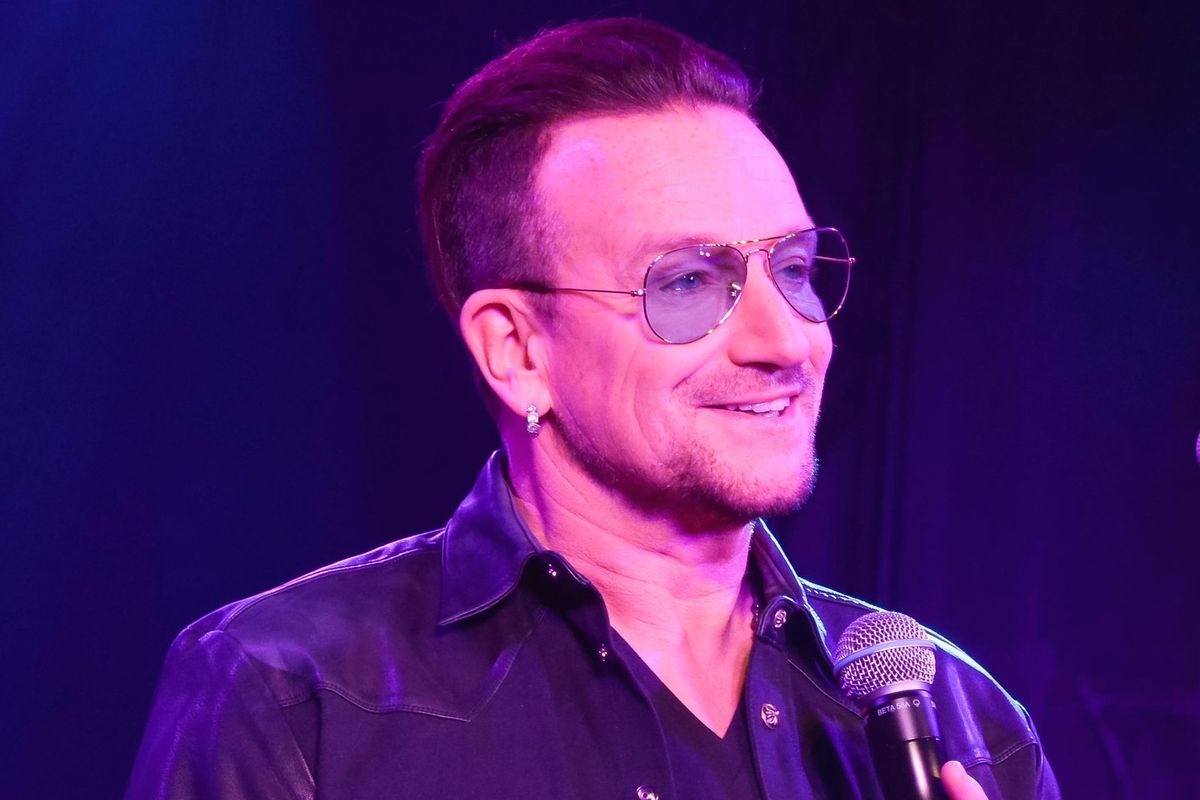 Glamour’s Women of the Year Are Zendaya, Gwen Stefani, Simone Biles… and Bono.

As if infiltrating perfectly good Spotify stations was not enough, U2's frontman, Bono, has now crept into Glamour Magazine's annual Woman of the Year list, for his work on the Poverty Is Sexist campaign that supports women and girls living in dire circumstances in some of the poorest countries in the world.

While the campaign and the message it sends out – that feminism is a global issue which needs to also be applied across class lines, and that powerful men (like Bono) should participate in it – is definitely a giant leap for womenfolk and the feminist movement in general, it's still a long-shot to use it to justify naming a man Woman of the Year.

Others on the list include Gwen Stefani, Simone Biles, and Emily Doe--the survivor who bravely penned the now legendary open letter describing the emotional and physical fallout from her brutal rape by former Stanford student Brock Turner.

According to Glamor's editor-in-chief Cindi Leive, explained that this was a decision mulled over for a while:

We've talked for years about whether to honor a man at Women of the Year and we've always kind of put the kibosh on it. You know, men get a lot of awards and aren't exactly hurting in the celebration and honors department. But it started to seem that that might be an outdated way of looking at things, and there are so many men who really are doing wonderful things for women these days. Some men get it and Bono is one of those guys.

But should men – no matter how feminist, or how Bono – be allowed to penetrate a space dedicated to celebrating women?

With Glamour naming Bono a woman OTY and CoverGirl having a Cover Boy, this is a groundbreaking year for men in traditionally women's spaces
— Audrey White (@audreywhiteTX) November 1, 2016

We're sure Matt McGorry has SOME.THOUGHTS.