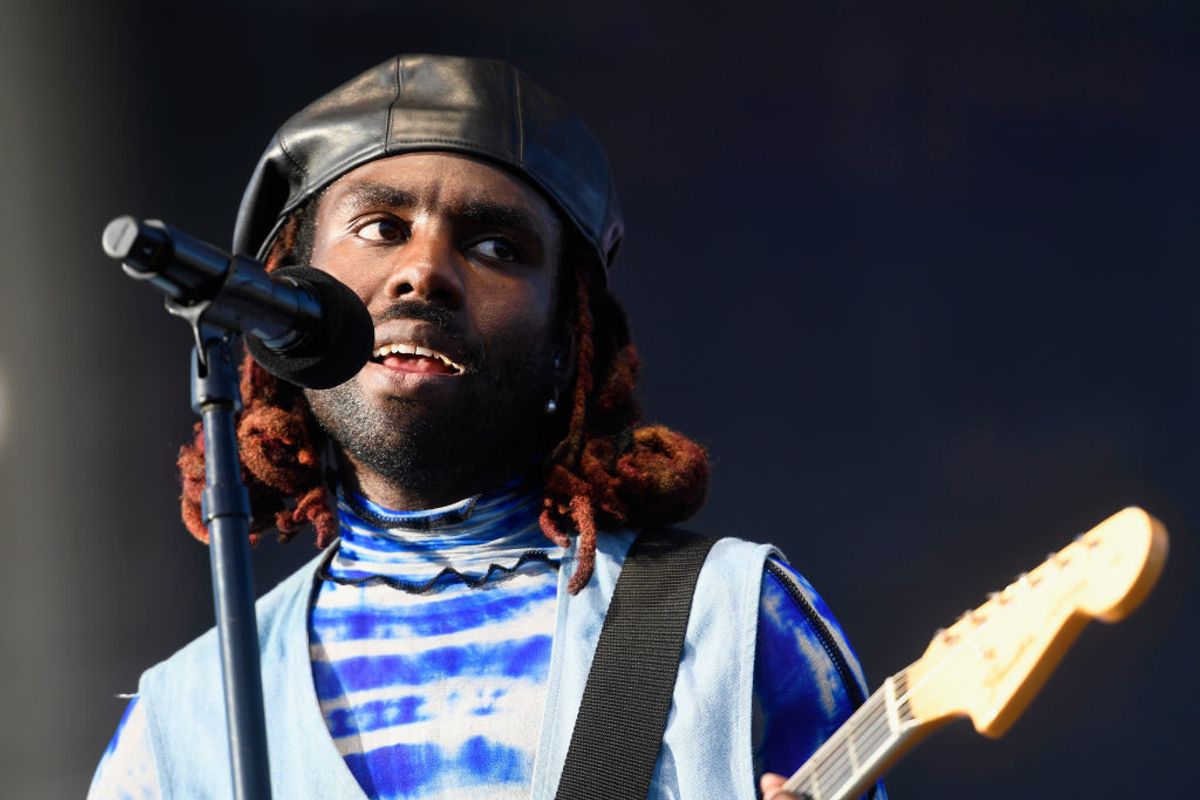 Fresh from his Coachella set on Sunday, Dev Hynes dropped by The Late Late Show With James Corden last night to play two fresh Blood Orange songs: "Dark & Handsome" and "Something to Do."

Backed by his band, Hynes performed while reclining on astroturf and cradling a guitar — plus a Union Jack flag from his home country. He kept the festival mood alive by wearing a bucket hat. This is the first new music we've heard from him since Blood Orange's 2018 album Negro Swan. He released a music video for Negro Swan track "Hope" earlier this month.

Blood Orange is touring North America with Florence and the Machine next month, so maybe there are more surprises in store at those shows.

Watch the full performance, below.