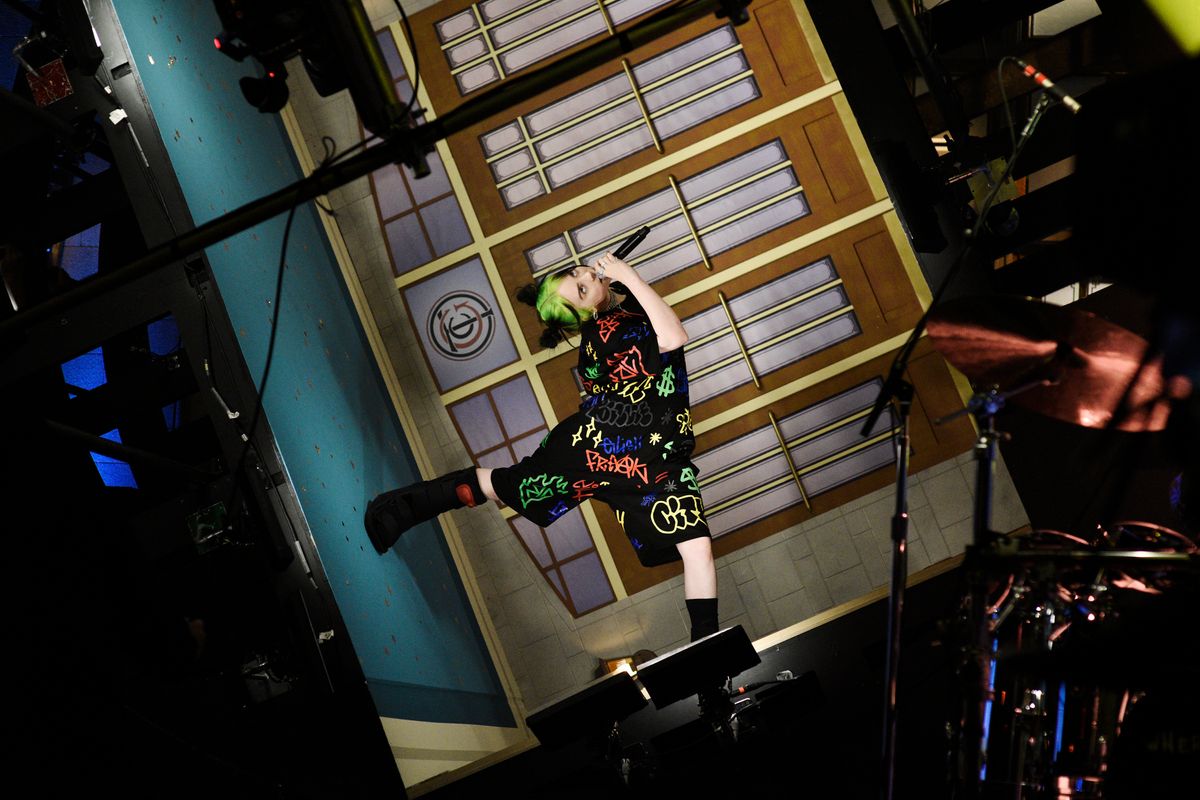 This weekend, SNL returned for their 45th season, and they started off strong with host Woody Harrelson and musical guest Billie Eilish. She may have "just learned" what Saturday Night Live is, but Eilish definitely rocked her debut on the show like a seasoned vet. The singer went the extra mile with a rotating room.

Eilish sang her hit song "bad guy" in the rotating mini-set, which resembled New York City's Grand Central station — just like the SNL main stage. This made for a seriously trippy and unique performance, with the artist looking like she's got the magical ability to walk on walls and defy gravity.

Aside from her upbeat bop, BIllie also sang a stripped-down version of her ballad "i love you," with her brother musician FINNEAS on the guitar and singing second voice. During the tender moment, the siblings wore matching Gucci outfits.

Next week, SNL will be bringing Taylor Swift in as their musical guest, and Fleabag's Phoebe Waller-Bridge as the host. Camila Cabello will be performing for the October 12 episode, and Kristen Stewart will be hosting on November 2.

Whether this amazing lineup for season 45 is compensating for the show's latest controversy... we don't know. But we're looking forward to the great — hopefully unproblematic — episodes to come.