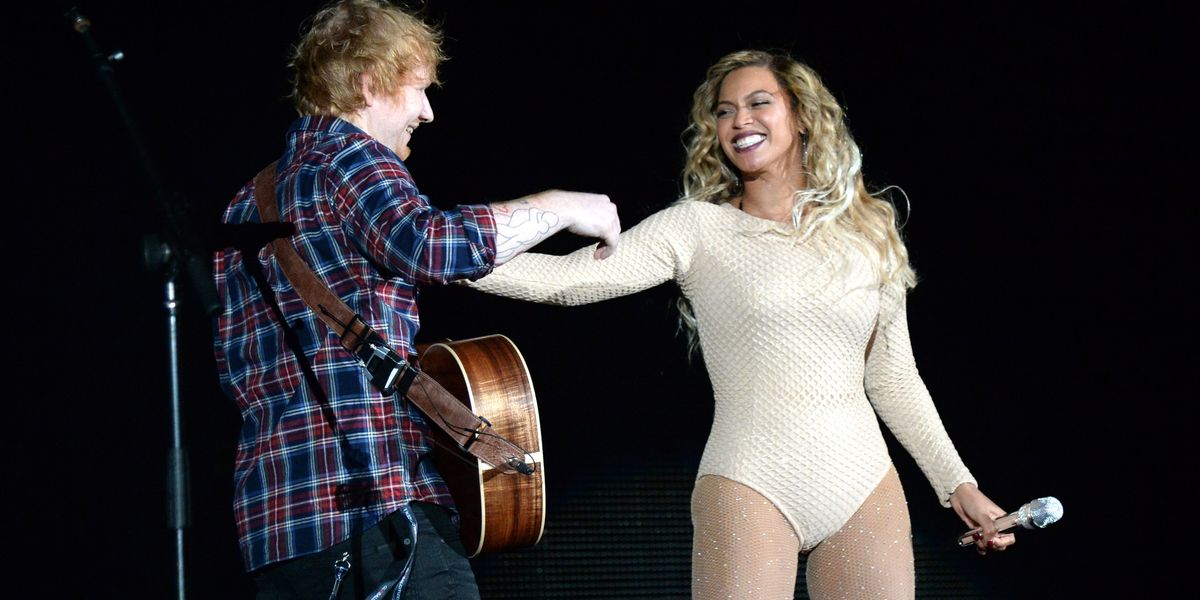 After Ed Sheeran released his syrupy sweet "Perfect Duet" with Beyoncé, Entertainment Tonight asked an innocent question shrouded in shade: how did he even get ahold of Queen B?

Sheeran claims he simply sent the pop star email, though he added that for privacy reasons the email address used to contact one of Beyonce's assistants (because let's be real, Yoncé doesn't have to spend her days trying to get to Inbox Zero like the rest of us), changes every week.

Sheeran also told ET that Beyoncé recorded her vocals for "Perfect Duet" back in September in one take, and that she decided to remove strings and drums from "Perfect," the original album track, making it the semi-listenable song it is today.