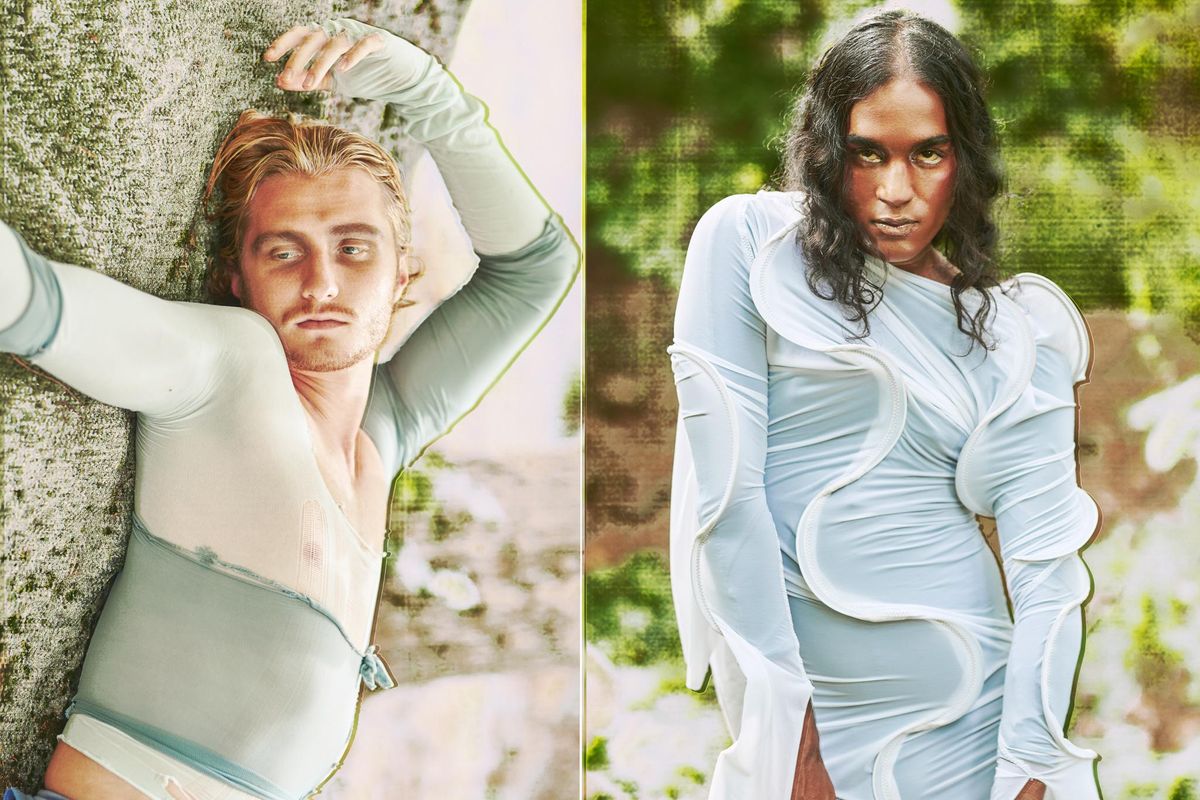 Richie Shazam Stars in Ben Draghi's 'LIKE U DO' Video

2020 was a year of firsts for Ben Draghi, having released his debut EP, WASTING TIME, with five weirdo electronic tracks each tinged with dark, ominous production. Between songs like "ALONE" and "BY MY SIDE," the queer musician's work sounds like a series of bewitching spells, and his newest single doesn't stray.

"LIKE U DO" is Draghi's version of a "love ballad," exploring the "push and pull between two lovers, or the chase between two strangers." Gregorian chants open the melodic song, putting Draghi's gentle, earnest vocals on full display. "Say you don't care about me, but I know you do," he sings, later adding, "I know that you want me and you know I want you, too."

Draghi cast his real-life partner Richie Shazam, NYC's self-proclaimed "Bollywood Princess," to star alongside him in the "LIKE U DO" music video, out today. The visual is self-directed with art direction by Clara Martin and drops the pair into the wilderness, which Draghi says expands the song's meaning "by taking the viewer on a journey" through a "purified world."

The musician continues, explaining that the video's natural environment "excludes human buildings and structures to focus simply on the subjects, their evolution, their journey within the environment and towards each other." Shazam is shown posing effortlessly in the woods — against trees and in front of swamps — as the Eve to Draghi's Adam.

This queer reimagining of a Biblical tale suggests a "borderless world where fantasy reigns and love prevails," according to Draghi. He and Martin then pulled inspiration from Botticelli paintings in order to present traditional, classic motifs inside a more modern, tech-driven world. There's tension in the imagery, just as there's tension between these lovers.

By the end of "LIKE U DO," Draghi and Shazam meet in an open field, as the song's driving beats and sensual melodies reach a conclusive lull. Sounds of ocean waves bookend the entire release.

Watch the PAPER premiere of Ben Draghi's "LIKE U DO" video and stream the track, below.