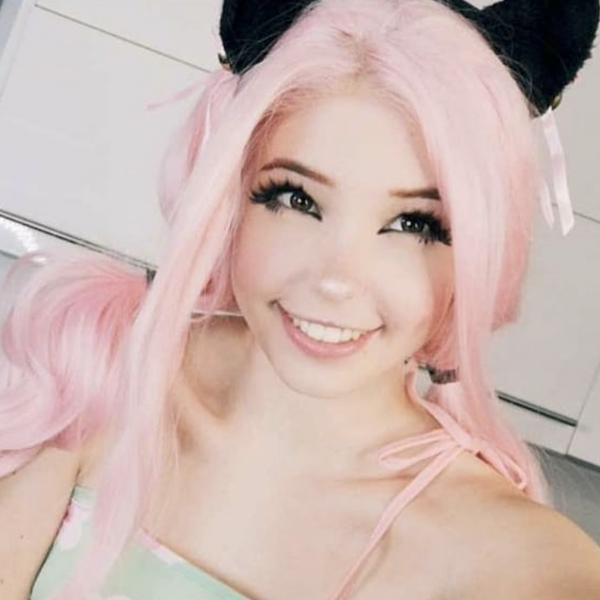 Today in bizarre news from the outer reaches of YouTube, UK-based cosplay model and gamer girl Belle Delphine is claiming that she got arrested. Why? For supposedly spray-painting a girl's car in an attempt to rescue her "stolen" hamster.

According to The Cut, shortly after she went viral, Delphine's Instagram got suspended and she ended up vanishing from social media two weeks afterwards.

In the wake of her disappearance though, the internet drove itself crazy trying to figure out what happened with some claiming she must be a performance artist, while others just called her a plain old scammer. Meanwhile, fellow YouTuber Ethan Klein of h3h3 fame theorized on his podcast that Delphine could be in legal trouble thanks to her bathwater stunt, as it could be considered a potential "biological substance" (which is illegal to ship via the UK's Royal Mail).

Weirdly enough, in what appears to be an explanation that confirms Klein's off-the-wall theory, Delphine is now claiming that she was "arrested lol."

Yesterday, Delphine tweeted out a photo of what appears to be her mugshot, complete with a watermark from London's Metropolitan Police. Shortly thereafter, Delphine followed up with another tweet to "explain" what got her in trouble.

"I stg this girl came to my party and stole my hamster," she wrote, alongside photos of "evidence" supporting the story. "I have no idea why, or who TF does that? I spray painted the fuck out of her car, and got arrested. At least I got my hamster back. Bitch."

I got arrested lol pic.twitter.com/11GJXHpLqF

I stg this girl came to my party and stole my hamster. I have no idea why, or who tf does that? I spray painted the fucc out of her car and got arrested, at least I got my hamster back. bitch pic.twitter.com/UoKbZ4XTaU

But take it all with a grain of salt. After all, as multiple outlets have noted, Delphine is a "master troll" who very likely could've come up with the stunt alongside Klein — something Mashable's research seems to corroborate, as the "Metropolitan Police don't put a watermark on their mugshots" and her photo "does not appear in any reverse image searches or in the Metropolitan Police's public database of mugshots."

So, yes, I think it's fairly safe to say that we're being trolled. Again.