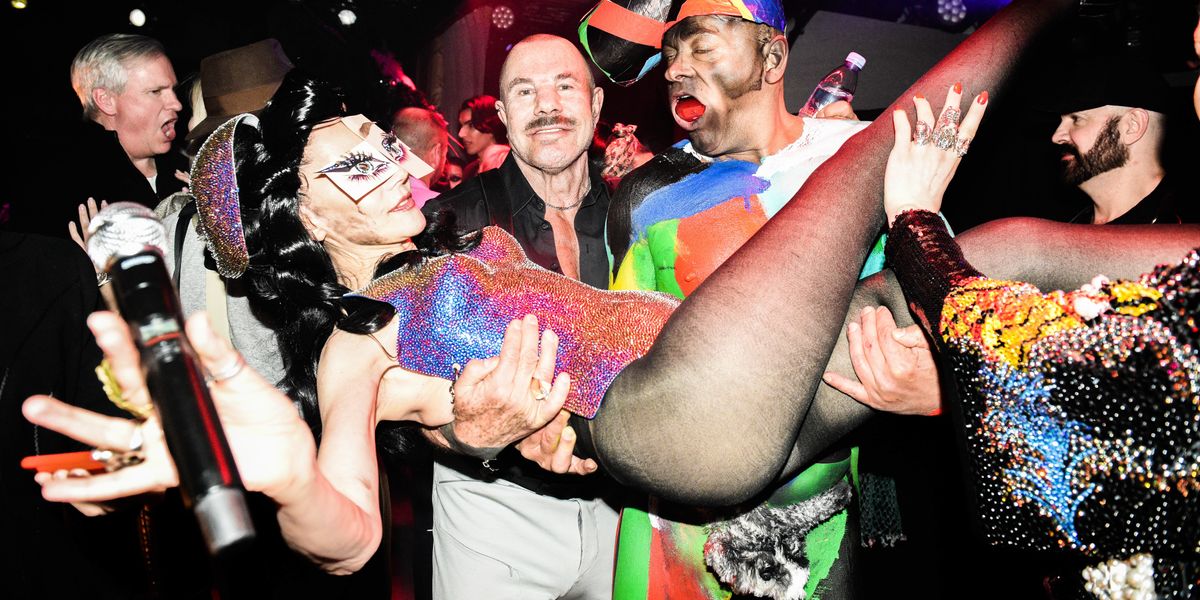 Towards the end of Susanne Bartsch's weekly cabaret series Bartschland Follies, I thought I'd already seen it all. From unreal circus acrobatics to raunchy burlesque acts to drag queen performances, everyone was quite literally on the edge of their seats waiting for the unexpected.

But then, a trio of virtually naked comedy performers in orange Sia-cut wig gathered onstage. One of them sat in a chair upside down with her legs spread to the gods as the others took turns rubbing a slice of bread on her bare crotch while spreading peanut butter on it before she offered the coochie-scented snack to the stunned guests.

Among the crowd that night were several fashion fixtures like Vogue's Hamish Bowles and Char Defrancesco, sans hubby Marc Jacobs. A couple of weeks later, French designer Manfred Thierry Mugler also made a rare public appearance at the cabaret. (His partner Leon Dziemaszkiewicz, the Berlin-based performance artist, appeared in the show.)

Follies is just one of the many underground late-night extravaganzas by Bartsch, who's been throwing parties in places like Paris and Tokyo for decades. True to form, this event drew many of New York's most outlandishly dressed "creatures," all of whom flock to her bashes every week.

The cabaret kicked off its second season on January 31st, and is set to occur every Friday at the McKittrick Hotel through 2020. The "Queen of Clubs," as Bartsch is known, hosts the weekly shindig alongside other nightlife icons like Ziegfeld babe DeeDee Luxe, emcees Murray Hill and Shequida, and performances by the likes of Joey Arias, Amanda Lepore, OperaGaga and Perle Noir.

See, below, for more photos from the Season 2 premiere and click here for tickets.