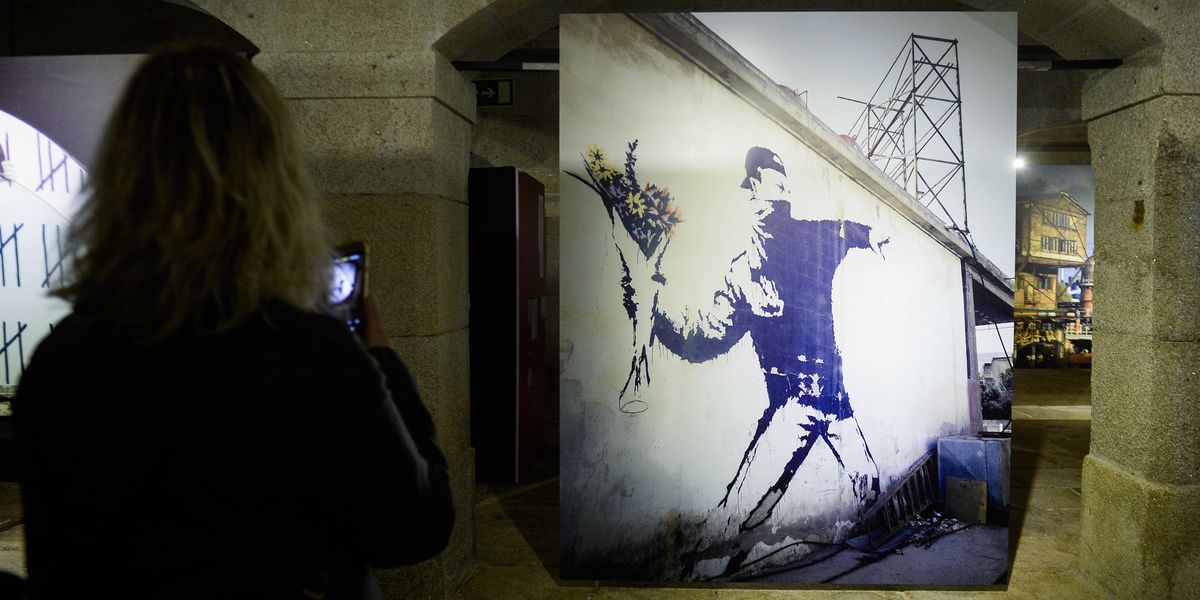 After printing his "Flower Thrower" painting on one of their cards, Full Colour Black claimed they had full usage rights since the artist was technically unknown.

Though Banksy successfully trademarked the painting in 2014, rights were overturned this week with the reason being that Banksy is "inconsistent with honest practices." and unable to be identified, according to the European Union Intellectual Property Office (EUIPO).

For a trademark to remain in effect, it must be used within five years and in 2019, the card company challenged the trademark's legitimacy, stating that the artist failed to capitalize on it in years prior, according to BBC.

In an attempt to keep his trademark rights, Banksy opened an installation and online shop in October of 2019, but the EUIPO deemed this an inappropriate use of a trademark, as it is meant for commercialized work.

Now, Banksy's only hope of gaining back rights would be by using copyright, but this would require him to expose his identity. With the conflict between his trademark rights and his anonymity, his whole portfolio is at risk of being lost.