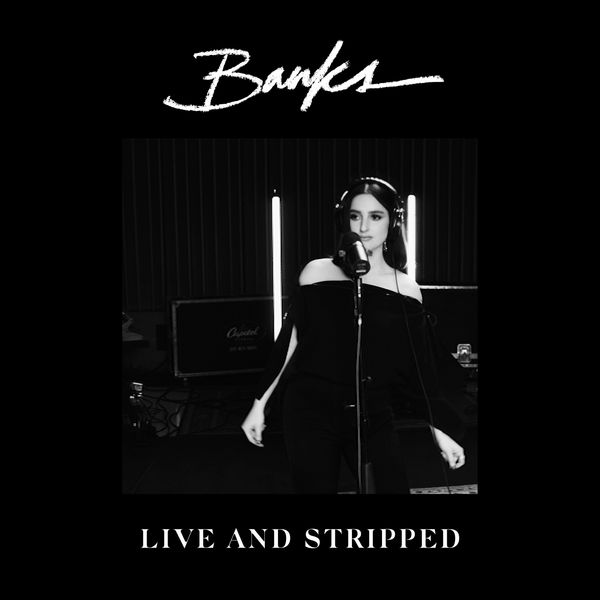 "This is the face of someone who loves you babe," goes a line in California musician Banks' single, "Contaminated," from last year's critically-acclaimed album, III. Like any singer/ songwriter in total command of her voice and words, she lets the line hover in the still air of Capitol Studios' legendary performance and recording space. It's a comfort nowadays to see and hear a voice as raw and real as Banks', breaking through the digital ether that has become our new normal.

The Capitol Studios performance of "Contaminated" is one of four stripped versions of original recordings that Banks is unveiling this week, and it premieres today on PAPER. Acoustic, single-take treatments of three additional tracks — "If We Were Made of Water and "Stroke," also from III, as well as "Drowning," the hit single from Banks' 2014 debut album Goddess — comprise an EP called Live and Stripped, out Friday (April 3).

In the black-and-white video for "Contaminated," Banks stands at a mic and lets her graceful runs carry the song's lyrics, which detail a relationship gone sour. The series of videos and re-recorded songs she's releasing this week were created pre-quarantine, and give a window into Banks' vulnerable, yet fearless creative process.

"Most of my songs are written on the piano before anything else, so it is a gift to be able to share these acoustic versions of songs with my fans during this tough time," Banks says. "We cannot physically be near each other right now, so I am using music as a tool to bring us together.'"

Stream "Contaminated (Live and Stripped)" here, and the acoustic version of "Drowning," below.