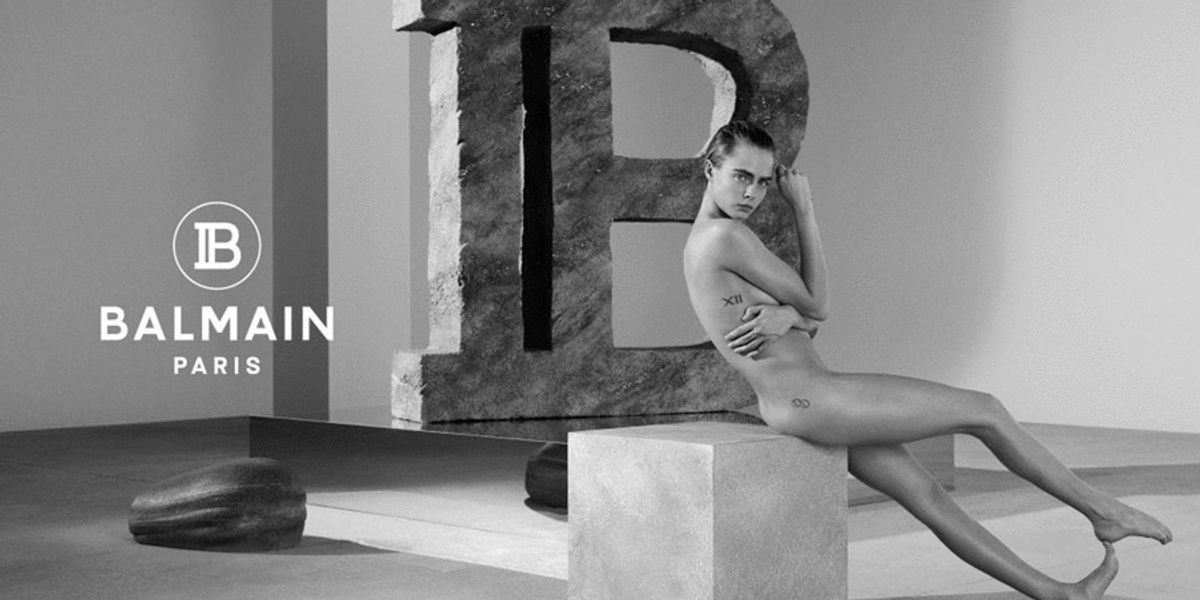 Related | Balmain Will Make You Feel Your Fullest, Freakiest Fantasy

In a particularly iconic shot, the duo recreates Janet Jackson's 1993 Rolling Stone cover, in which Rousteing covers Delevingne's breasts. She seems, as the Instagram caption below suggests, totally in her element.

The model appeared in sexy black-and-white campaign imagery shot by Berlin-based photographer Dan Beleiu, totally nude in one shot amid a gigantic Balmain logo. Rousteing told WWD that he loved Delevingne so much that he didn't "want to see any clothes on her." OK! And also, who else feels the way this is shot feels very early Janet?

This marks her second campaign for Balmain, having previously starred in the brand's fall 2014 images alongside Jourdan Dunn and Binx Walton. She also notably opened Balmain's spring 2019 runway show with a fierce Prince lip-sync to "When Doves Cry." Relive that glory, below.