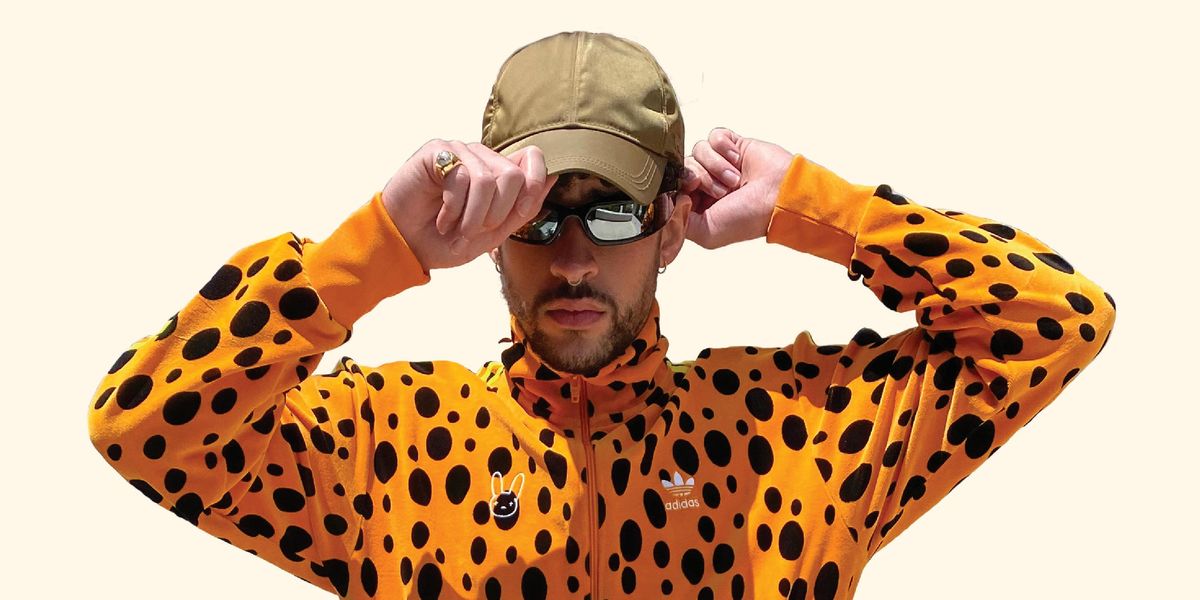 2021 is all about advancing the Bad Bunny agenda.

Over the last few years, Benito Antonio Martínez Ocasio has been on a one-way journey to the top. The Puerto Rican native is no doubt one of the biggest music artists of our decade, period. Four studio albums, a WWE smackdown, and many IG thirst traps later, Bad Bunny has been cemented as an iconic reflection of the Latin cultural zeitgeist proudly sweeping over the United States.

The rapper has come a long way from his humble origins as a supermarket clerk in a little town outside of San Juan. He's helped elevate an unapologetic generation of Latinx youth challenging what it means to be Hispanic. In a culture often riddled with machismo and outdated social norms, Bad Bunny has become a champion for a changing reggaeton industry — acrylic tips, tiny sunglasses and male crop tops included.

For many, Bad Bunny is a long-awaited, much needed a breath of fresh air. In between performing on a semi-truck around New York or directing a captivating Toy Story IGTV series over quarantine, the 27-year-old has never lost what makes him who he is. His humbleness, intention and humor has captivated the minds of millions, Spanish-speaking or not. It's not just mindless memes and flexing — it's something much bigger.

As part of the second phase in his Deja Tu Huella — translated to Leave Your Mark — campaign with Cheetos, Bad Bunny is celebrating the world's rising pacemakers by creating the Deja Tu Huella Estudiante Fund. Aside from awarding 10 students with $50,000, the duo are also partnering with longtime Bad Bunny collaborator Adidas to design a playful capsule collection inspired by the artist's signature style. It's very much giving us Papi Chulo, in the best way.

El Conejo Malo — a witty self-given moniker the trappero often shouts at the beginning of his songs — is everywhere. Heard in reopening clubs, drag shows and on social media fan cams, we're coming to terms with the fact that it's Bad Bunny's world and we're all just living in it.

PAPER caught up with Bad Bunny to discuss the creative process, his love for community and his new CGI bestie.

What was it like creating this campaign with Cheetos? Can the creative process be compared to creating your music or videos, or was it totally different?

The dynamic is similar, but also obviously a little bit different. With music or videos, I always come in with a strong idea in my mind, but this project was a little bit more collaborative. Everyone came in with their ideas and their own tastes. It was super fun, super cool. There was always collaboration between my team, Cheetos team, and the Adidas team. We're really happy with how it came out.

Obviously, the public is obsessed with your sense of style. Where was your love of fashion born from and what inspired you, design wise?

I think my love of fashion has always come naturally to my personality. It's been important that your style speaks for you and your feelings, your vibes. I like to be involved with Adidas, but I always like to leave a little bit of myself in the collabs I do and start designing from scratch. It's such a fun process, and I trust Adidas and their team to create something sick.

How can fans get involved with the Deja Tu Huella campaign, and how do they push you to create?

Fans are such a huge motivator. A lot of people have inspired me throughout my life, whether it be in music, videos... You don't have to be someone famous to inspire someone. There's always someone — a friend, family, someone from el barrio. These vibrant people from the public that inspire. Sometimes, there's someone you meet once, maybe for one day or one night, and you never see them again, but they left something in you. Fans are the same exact way, I always want to make them happy and surprise them. I want them to see how things move me.

This is all about celebrating Hispanic culture, especially youth culture. How does it feel to be recognized as a trailblazer for young Latin kids?

I'm so grateful for the people who think of me as that, truly. I just keep being myself. My personality and my music connects with people in that way and they accept me for that is so beautiful and I'm so proud. The least I can do for them is to share that same kindness back through projects like this. Giving back to my community and representing Latinos this way is one of the things that makes me most proud. Being Latino, being Puerto Rican, means so much to me.

When I saw the Cheetos and Adidas collab, I became obsessed with your photoshoot with Chester the Cheetah. I wanted to know if he was a Bad Bunny superfan and if he is, what's his favorite track?

Well, he honestly didn't know that much. I played him two or three he hadn't listened to. He said that to me, he's a puppet but... [Laughs] He really likes "Te Bote" from the feature remixes and of mine, he likes "25/8."

United States and Puerto Rican fans can access the full collection ahead of its August 6 debut by heading to www.CheetleiD.com and scanning their Cheeto-dusted fingertips as part of a groundbreaking Cheetos x adidas e-commerce experience.