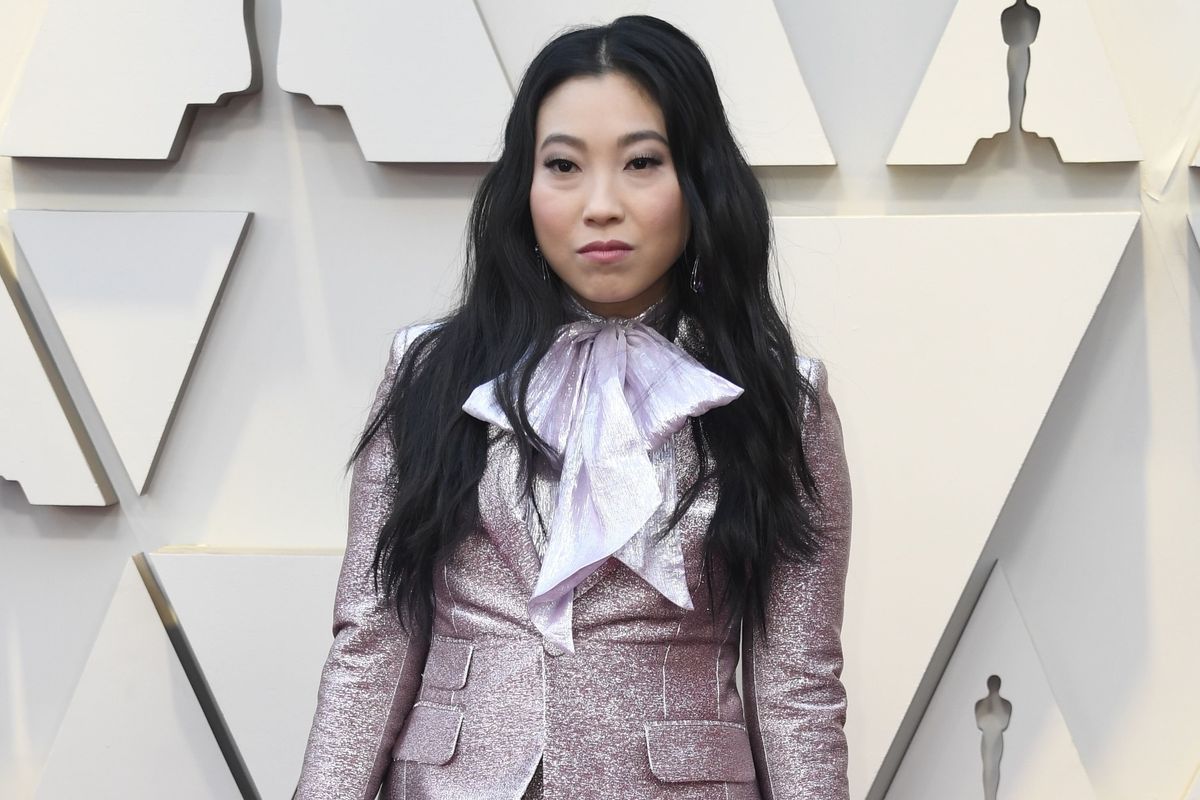 Austin Powers was shaking last night while Awkwafina dazzled in her glittery millennial pink Dsquared2 power pantsuit and ascot, looking like the most dashing iPhone you've ever seen. However, the real highlight of her 'fit was the seemingly subtle gold finger-looped clutch by her side, which she unsubtly kept swigging from on the red carpet.

The "clutch" was really an oversized flask that Awkwafina used to smuggle an evening's supply of tequila into the awards show. Which, no doubt served her well. Everyone needs a little something to take the edge off of those tedious red carpet interviews. Plus, Crazy Rich Asians' snub aside, last night had plenty of cringey moments and straight-up bullshit, to which there was really no appropriate response besides taking a swig.

Awkwafina's provisions were likely inspired by Rihanna's legendary undercover flasks. She notoriously swigged from a 3.5 oz rose gold bangle at Coachella last year, and weathered the Grammys in 2017 with a bejeweled flask by her side.

The Oscars are presumably open bar, but women like Awkwafina and Rihanna know that nights like these call for a flask at your side. Maybe the Crazy Rich Asians cast were playing a drinking game in the audience? Shots for every historic firsts and brutal snubs, the night held plenty of both.