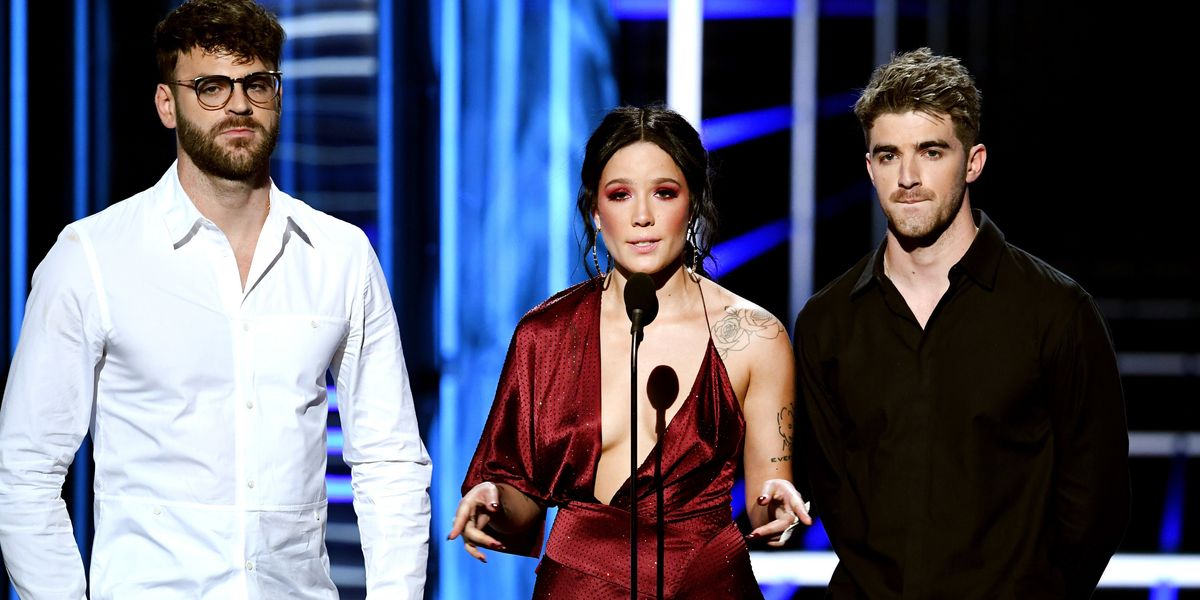 At the Billboard Music Awards over the weekend, Halsey and the Chainsmokers paid tribute to their friend, the late mega producer and DJ Avicii, who died at age 28 on April 20 this year. Before presenting the award for the Top Hot 100 Song of 2018, the Chainsmokers' Drew Taggart said, "His passing was a great loss for the music world and for us. He was an artist that inspired so many, and in so many ways, and simply put, he meant so much to us and everyone in the EDM community."

The Swedish DJ, real name Tim Bergling, was found dead in his home from suicide. Halsey addressed this, saying, "Everyone who worked with him would say that he was such a joy and that makes this tragedy all the more painful. It's a reminder to all of us to be there and support and love all of our friends and family members who may be struggling with mental health issues."

The Chainsmokers mentioned Avicii a second time when they received he award for Top Dance/Electronic act, dedicating the win to the DJ.

"He is someone who made us believe that this is something we could do with our lives," Taggart said. "Inspired all of us. Influenced our music and influence pop music in general. He will be missed and I hope he's found peace."

halsey on Instagram: “It was an incredibly amazing moment to honor @avicii with @thechainsmokers at this year’s @bbmas. I know we all looked up to Tim so much…”