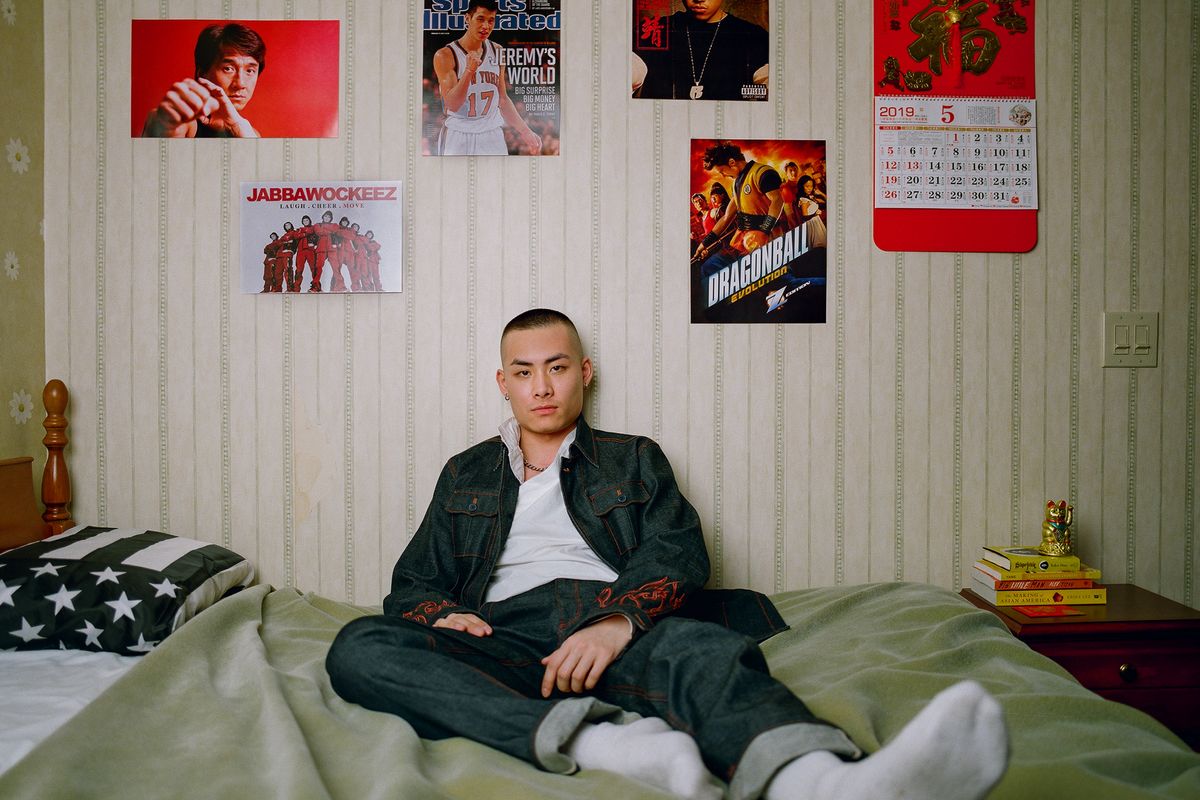 This Photographer Explores Asian Masculinity with 'The All-American'

San Francisco born-and-raised photographer Andrew Kung wants to open up a conversation on Asian masculinity with his two-part photography book entitled The All American — a title that plays with the idea of what being "American" looks like. But, as Kung told PAPER over the phone, "It's not just a project where I photograph Asian-American men. I think that would be beautiful, but I wanted to make more of a statement than that."

In today's digital age, Instagram is one of the main channels photographers use to publish their work, but Kung wanted to go beyond double-tap likes, and grab people's attention for more than a short second. "I wanted my audiences to see it more than once, or at least sit down with it for more than ten seconds to be able to realize some of these stories that I'm trying to tell with my images."

The series of photos is a documentary-esque narrative piece, but also a fashion project, and Kung made sure of that. "Think about all the fashion editorials in magazines today. If you flip through a book, on average, how many Asian-Americans, specifically Asian-American men, do you see? Not that many!"

It took eight months for Kung to finish the project, shooting in classrooms, businesses, and bedrooms to explore the alienation Asian-American men feel in the US for "A-Side," the first chapter of the book. Meanwhile, the "B-Side" contrasts the narrative nature of the A-Side by showing a poetic and tender side to the beauty of Asian American men. One of the photographer's favorite parts of the book is the pair of photos of his friend — same person, same setting, but one is in color with the model in drag, and the other in black-and-white with the model in shorts.

Speaking with his friend and subject, Kung wanted to show in these photos the intersection of gender and sexuality as an Asian American man. Sans drag, his friend is typically desexualized, but in drag over-sexualized and fetishized. This is something that truly fascinated the photographer, prompting him to portray vulnerability by shooting his subject in their bedroom.

See the described photos, and more, in the gallery below. To purchase The All-American, click here.