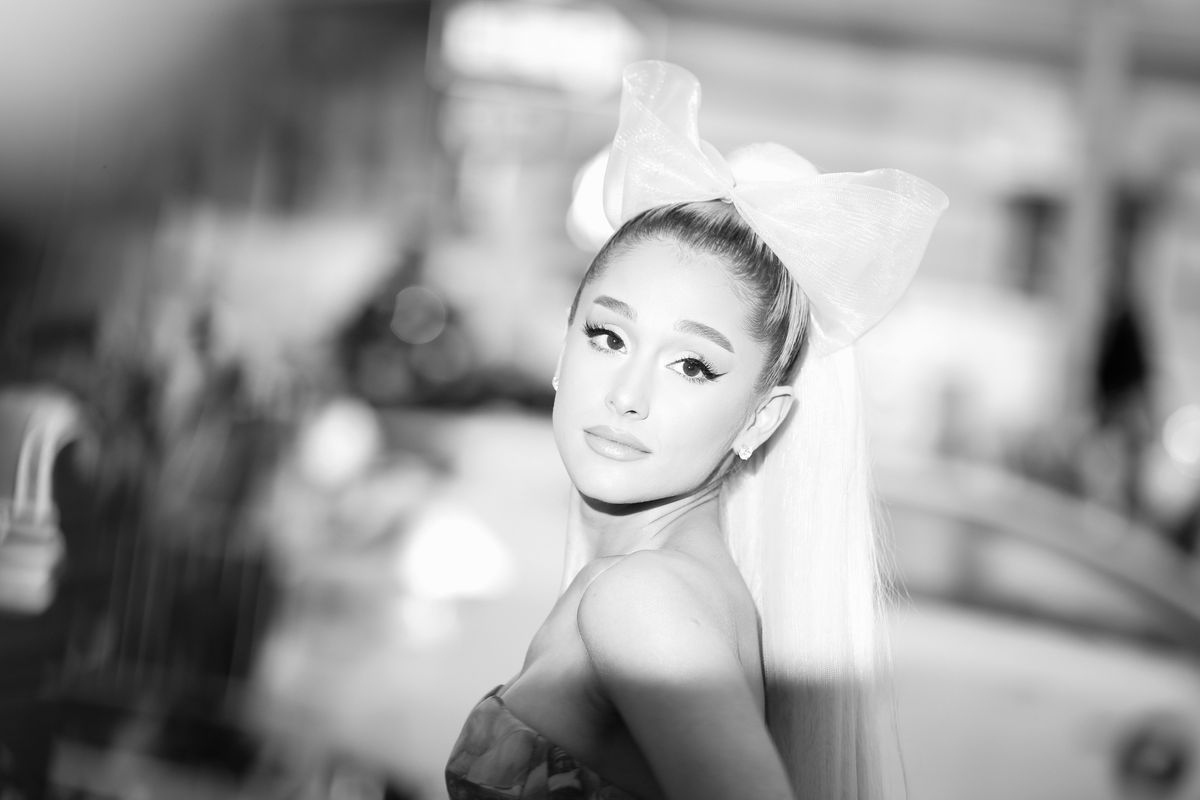 Ariana Let Us Inside Her Head

In her recent Billboard cover story, Ariana Grande said that she wanted to make music like rappers do. Hold your gasps (about this at least), she meant this in the sense of dropping projects on the fly: to make music that responds in real time to her life, and sent it out into the world without the pomp and circumstance of pop album cycles that demands grandiose themes, not to mention tedious promotional labor. She wanted to make an off-the-cuff, just-because album, a "here, I made something, listen to it if you want, I don't care" album — a privilege that A-list pop stars of Grande's status have never had.

Until this year, when Ari demanded this privilege, because it's 2019 and she's Ariana Grande and she can. She did exactly what she wanted with thank u, next which was assembled in just a few months, dropping only six after the legendary Sweetener.

To get this out of the way, thank u, next is good. Great, actually — in a completely different way than Sweetener. Sweetener was a masterpiece, a Statement, an instant classic. It was meticulous and monumental, with a precise and cohesive universal message: a poignant reflection on human suffering, and equally poignant argument for reckless love as an antidote.

In contrast, thank u, next is a chaotic, confessional, self-aware and extremely un-precious break-up mixtape, the cohesive message of which is simply: Ariana Grande, the person, the legend. It is not a masterpiece, and as a whole, it's not really about anything except Ariana Grande, her statements of self, her convictions, her self-interrogation, her idiosyncratic thoughts and feelings (she's still upside-down,"but this time she kinda… fucks w it lol"). Plus of course, the bold-face name-laden stories she has to tell. And it's perfect. Ariana has the skill and has earned the right to make music like this. We know she can craft a masterpiece. Now we just want to get inside her head. And she lets us.

thank u, next is so incredibly Ariana Grande (at least the one who makes us feel like we know her on Twitter) in how it insists on being both vulnerable, soft, uplifting and sentimental — and commanding, brash, cynical, intelligent and damaged, without consenting to the notion that any of these qualities are in contrast.

Ariana interrogates herself with remarkable skill, owning all her scars and baggage, with no rush to have things figured out. On floaty R&B-lite dreamer "Needy" she declares herself "way too damn needy" on the self-aware track, aware of all the term's taboo: "But I can hide it when I'm all dressed up." But she's bored by anyone who'd judge her: "And I'ma scream and shout for what I love/ Passionate, but I don't give no fucks."

Because of her self-awareness, she can pull off her own corniness. She lets herself be sappy and sentimental, like on the bittersweet (and allegedly Mac Miller-inspired) fantasy "Imagine." Even at her weepiest, Ariana cuts through the dreamy haze with self-aware flexes and deliberate songwriting structure: she recognizes a fantasy for what it is. thank u, next's real heartbreaker is "Ghostin," — according, more or less, to Ariana herself — a diary entry about being engaged to Davidson, while in mourning for Miller, she employs the zeitgeisty, after-life referential title's clever double entendre throughout.

Obviously "thank u, next" (the track) shifted culture and all that. But Ariana knew we wanted to hear the real break-up story. We get it with "In My Head," on which Ariana candidly explains what the fuck happened with her engagement. It's brutal. She paints Davidson as a coping device who was there when she "needed something to believe in." It includes another of the album's great double entendres: "Yeah, look at you, boy, I invented you/ Your Gucci tennis shoes, runnin' from your issues." On the surface, she critiques how toxic it was to "invent" the perfect image of him, while winking at how she made a random scrawny SNL comedian a household name. Her wordplay, sharper than ever, also shines on flirty, sparkling "make up," which name-checks Fenty Beauty, as she half-raps about breaking up just for the joy of make-up sex.

We get plenty of serious, thoughtful Ariana. But in the name of doing whatever the fuck she wants, which is pretty much her MO these days, she also lets herself go the hell off. Aside from "7 rings" icy dollar-spraying flexes, there's a brilliant trio of single-girl, anti-love songs: the loopy, trappy "NASA" ("Give you the whole world/ I'ma need space"), the romantic and escapist "Bad Idea," and the rattling, horn-filled Rihanna's ANTI-esque banger "Bloodline" ("Don't want you in my bloodline/ Just wanna have a good time"). She ends the album (a move!) with aggressively thirsty banger, "break up with your girlfriend, i'm bored." It's maybe the pettiest song ever written about someone's break up with a girlfriend (Avril at least offered a character judgement). However, keeping with the "thank u, next" spirit, the music video ends with Ariana making out with the "girlfriend," an Ariana dopplegänger, instead of the guy. Seemingly just for nostalgia's sake, it also borrows a verse from NSYNC's "It Makes Me Ill." But Ariana is doing what she wants, and if she wants to be thirsty and petty and flirty and nostalgic, she's going to be.

The album is a segmented series of chapters, but if there's one cohesive statement of self, it's "Fake Smile." She sings about being grateful for success but bored with fame, explaining that she's been through too much bullshit, to put anymore of it out into the world. With thank u, next as evidence, Grande's realized it feels way better to be honest: "If I'm hurt, I ain't gon' lie about it… If I'm mad, I ain't gon' lie about it." She also pays homage to one of the artists who invented her style of singing, sampling soul legend Wendy Rene's 1964 "After Laughter (Comes Tears)."

Overall, thank u, next sticks to Ariana's glorious new Sweetener sound: the light, funky sweet mix of R&B and trap-pop, arranged as an ode to her impossible range. What's new is the carefree honesty and nakedly inward gaze. We'll eat up all the pomp and circumstance, and the powerful, universal statement of her next opus. But for now, we're thrilled to just hear Ariana let go.