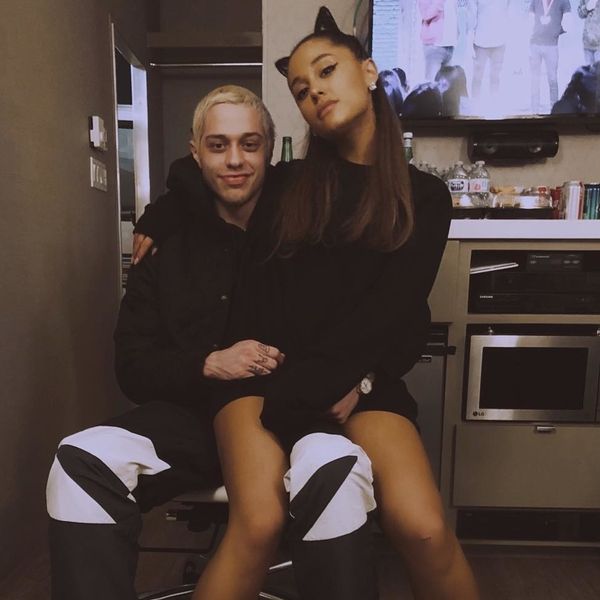 Pete and Ariana's Engagement Was Faster Than You Thought

Love is a spirit all compact of fire.

Pete Davidson and Ariana Grande — collectively known as Grandson, Pariana or Gravidson, pick your poison — announced one of the swiftest engagements in recent celebrity history after pledging to get married after just a few weeks of dating. The decision, symbolized by Ariana's gigantic diamond ring and frequent, meme-worthy paparazzi shots of the couple sparked many an existential crisis and spawned several essays in concern for Davidson's ex, Cazzie David (she's fine).

It turns out, though, that Gravidson happened even faster than we thought. In a new GQ profile, which Davidson insists only happened because of his famous fiancé, we learn that the SNL cast member actually proposed marriage within a day of meeting Grande.

"The day I met her, I was like, 'Hey, I'll marry you tomorrow,'" Davidson told GQ. "She was calling my bluff. I sent her a picture [of engagement rings]. I was like, 'Do you like any of these?' She was like, 'Those are my favorite ones,' and I was like, 'Sick.'"

Related: Tan France Will Style Pete Davidson For His Wedding

Davidson eventually gave Grande a custom $93,000 ring after a solid month of dating, though he apparently purchased it as early as May, when he was still half dating David. He and Ariana are now living in a $16 million apartment that the latter purchased, and Davidson says the two are having fun learning to be adults together. "It's like, we have six beanbags, but we have no forks—you know what I mean?" he quipped. And though they may say only fools rush in, Davidson assured GQ that the wedding, while not planned yet, is "definitely going to happen, for sure."