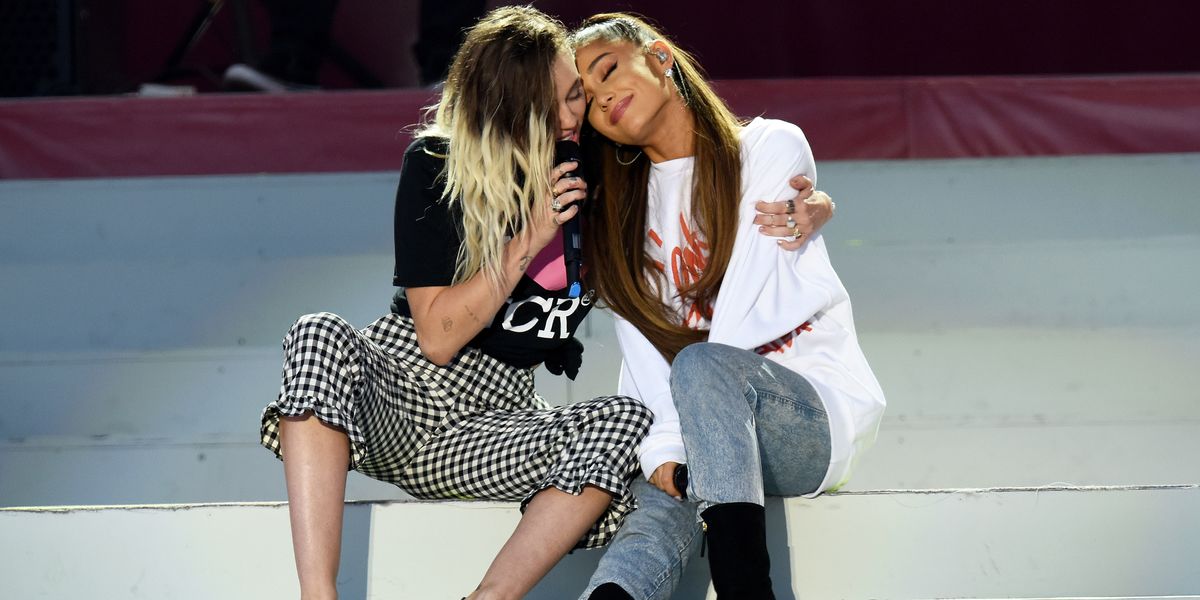 Rumors of perhaps the most powerful collaboration have been confirmed: Ariana Grande, Miley Cyrus, and Lana Del Rey have worked on some sort of project for the upcoming Charlie's Angels reboot (starring Kristen Stewart, Naomi Scott, and Ella Balinska).

For awhile the online whisperings and conspiracies of a potential project between the three pop queens had been just that — an internet rumor. Fueling the fire, Cyrus and Grande hinted to fans that the collaboration might be more than just talk, both liking Instagram posts about the upcoming project.

However, the lid has blown off of this steaming pot of secrecy and thanks to the beautiful power of Twitter, both Cyrus and Grande have confirmed the collab, both tweeting teasers for the upcoming trailer release.

While the collaboration is still under wraps, and we still don't know if we're getting a single or multiple songs, these new pop-angel inductees are sure to excite audiences and fans as far as the eye can see.