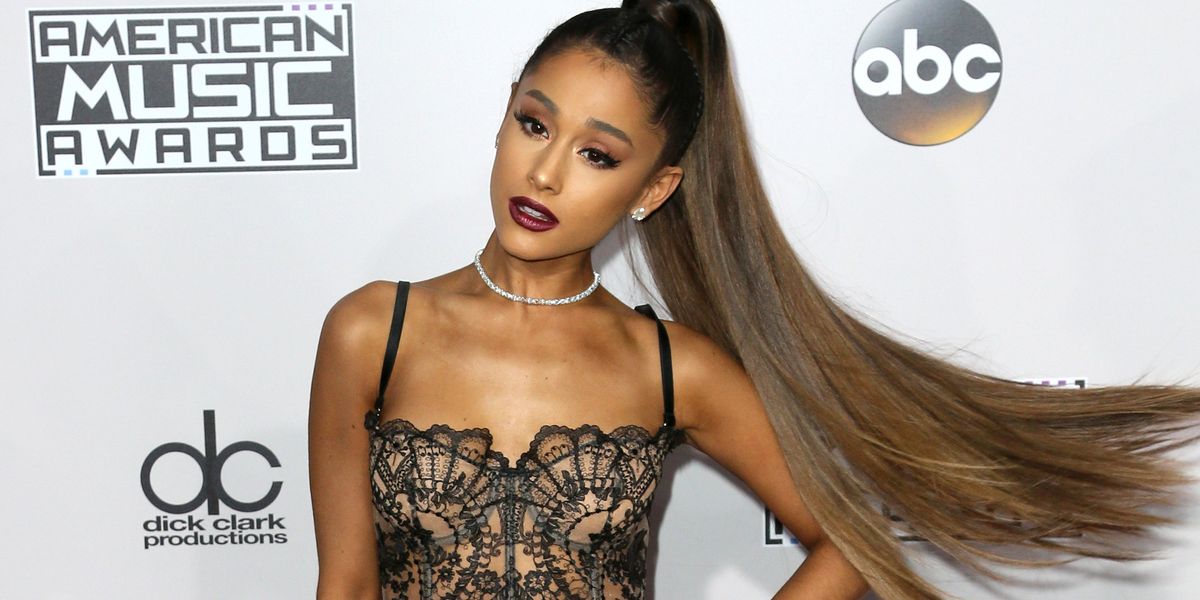 Is Ariana Grande Part of the Illuminati?

No doubt, the world is a better place with Ariana Grande's bops in it. And it is undeniable that life has never been the same since the release of the "thank u, next" music video. But fans couldn't help but notice a seeming recurring pattern in the dates Ari has chosen to release her music projects, and now Illuminati conspiracy theories about the singer—which may have began after certainimagery was presented in her "god is a Woman" music video—are surfacing.

User @mxtthewt pointed out how all of Ari's latest projects, beginning with "no tears left to cry" line up perfectly with famous deaths in the past year. Avicii died the night of the release of "no tears left to cry," rapper XXXTentacion died when Nicki Minaj collab "the light is coming" came out, Aretha Franklin died on the eve of Sweetener's release, and most recently George H.W. Bush died when "thank u, next" music video was released. Another tweeter also pointed out that the legendary Stan Lee passed when "thank u, next" climbed to number one on the charts.

Avicii died the night of No Tears Left To Cry’s release.

XXXTentacles died the night of The Light Is Coming’s release. We don’t care.

this is some illuminati type shit pic.twitter.com/qth2xwxZ7Y

And another tweeted making sure we didn't miss the fact that Spongebob Squarepants creator Stephen Hillenburg died when the four-part docu-series Dangerous Woman Diaries premiered on YouTube.

These tweets have since gone viral, and people are now saying that the pop singer is "IlluminAri."

But all these conspiracy tweets are all made in jest. One twitter user, @sweqtener, joked that POTUS Donald Trump is coming for the thank u, next album release.

trump is coming for the album release date! 😌🖤

Hopefully none of our favorites die anytime soon, but we'll wait and see how this "IlluminAri" theory plays out.