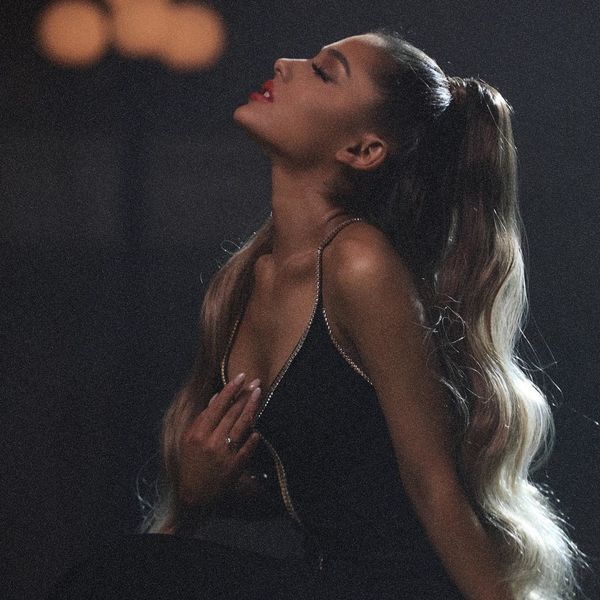 Ariana Grande has released a train station-themed music video for "Breathin," the third single from Sweetener. She once again collaborated with director Hannah Lux Davis, who also helmed videos for previous Grande tracks like "Love Me Harder" and "Focus."

The new video sees Ariana perch on top of a pile of suitcases, swing through the clouds, and walk in slow motion through a crowded bar. It's no First Wives Club tribute, but we'll take it.

If you're getting confused about chronology, this single is definitely from Sweetener, whereas Ari's just-released track "Thank U, Next" will feature on an upcoming new album. She's busy!

Watch the new video, below.