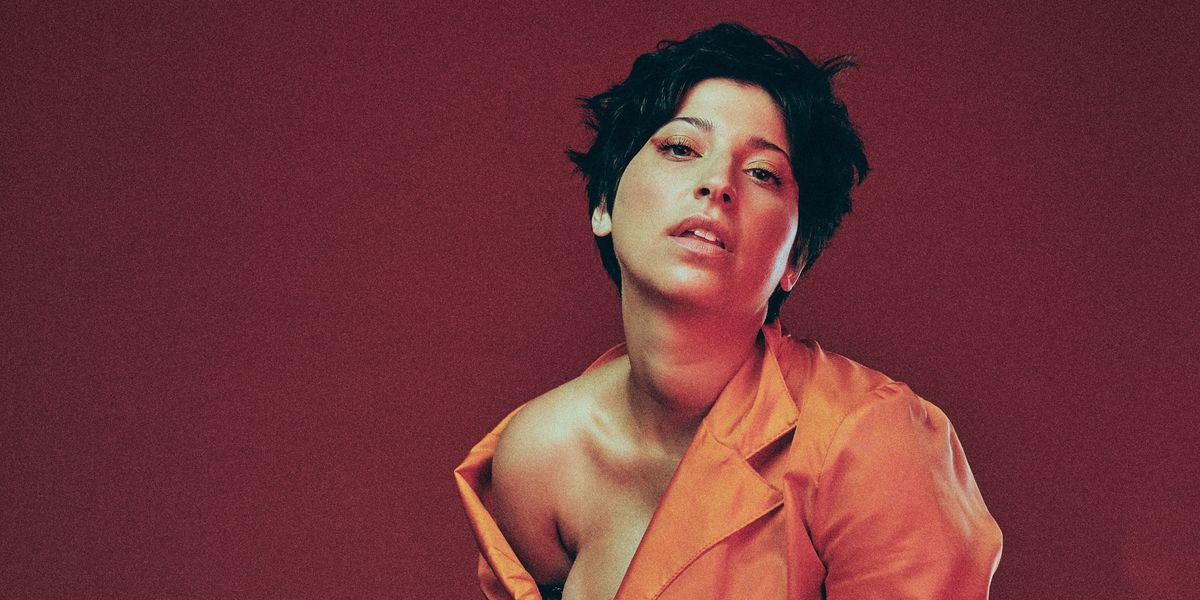 Ariana and the Rose's New Video Studies the Female Gaze

New York-based pop artist Ariana and the Rose makes seductive, atmospheric songs rooted in self-empowerment. Even her melancholy take on NSYNC's 2000 megahit "Bye Bye Bye" finds power in walking away, even if it's mournful. But on "Honesty," from her debut EP Constellations Phase 1, Ariana finds power in confessing her sins to a faithful lover. She sings: "How can I tell those eyes that I loved and lied?/ How is honesty everything?/ Lay my head on your chest for the 10,000th time."

For the sensual video to "Honesty," directed by Scarlet Moreno and premiering today on PAPER, Ariana opens up a new conversation. Inspired by the inherent compassion of the female gaze, she worked alongside Moreno to create a visual to match. As Ariana sits and watches a female pole dancer in a darkened bar, a mutual admiration and vulnerable intimacy is exchanged between them.

"This idea of women watching women just simply for pleasure is not something you see often enough on screen," Ariana says. "There are so many questions that immediately come up about the dynamic of the relationship between these two women, that just wouldn't be asked if it was a man watching a woman. There is lust, sexuality, femininity and a deeper relationship all happening at the same time. We wanted to explore that and let the viewer sit in that."