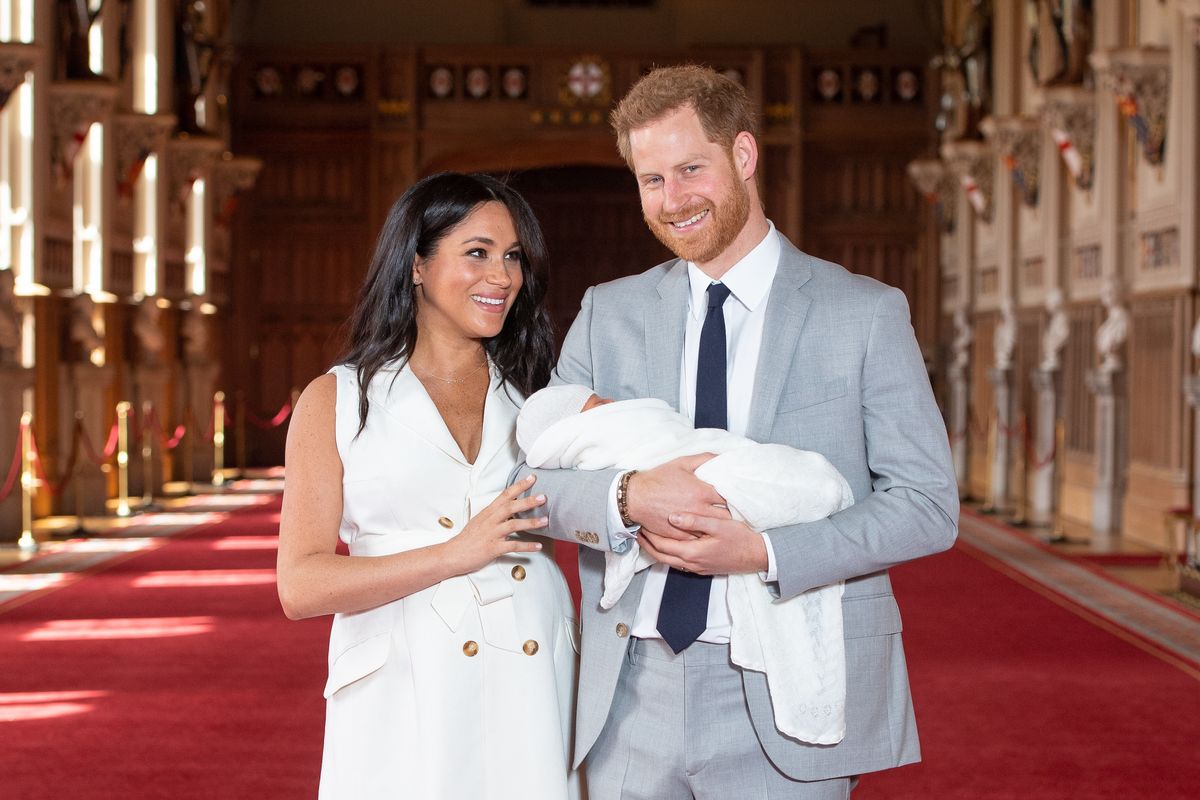 There are a few ways to welcome a new baby to the family. You can gift a tower of diapers, pick out some onesies, embroider the baby's name into a blanket. Or, if you're Thomas Dooley, Meghan Markle's pot farmer nephew, you can name a new strain of pot after the baby. The honorary hybrid strain is called "Archie Sparkie."

Dooley also has plans to build a hemp-brick castle on the farm in baby Archie's honor, though it's highly unlikely that Meghan and Harry will allow him to visit.

This isn't the first time the marijuana entrepreneur has branded his crop after his royal relatives. Dooley launched his cannabis business last year with "Markle Sparkle." After that showed him success, he stuck with the same marketing strategy.

"Markle Sparkle made headlines and made me a lot of money," Dooley told The Daily Mail.

But unlike the Duchess of Sussex's strain — which was marketed as "so strong it will blow your crown off" — it sounds like "Archie Sparkie" won't get you stoned. Dooley is following the money by shifting to making product with only CBD.

"CBD products are where the future lies," says Dooley. "We are selling our product to several of the leading importers into the UK. We're planning to flood the market."

Dooley's cannabis business, Blue Line Hemp, currently operates on an 1,000-acre ranch and is set to expand to 2,600 acres. According to the farmer's claims, the company has an "expected revenue" of $200 million.

There's a third kind of green Dooley has his eye on: sustainability. And it comes with a little shade toward his aunt's lifestyle.

"The farm is organic and sustainable. It's ironic my aunt and Prince Harry go on about being such great eco-warriors and yet they carry on jetting around on private planes. I think we're doing more for the planet than my aunt Meghan is."

Tea aside, Dooley just wants the media to see him for what he really is (or says he is): an honest businessman.

"People have labelled Meghan's American family as hillbillies and a freak show but I'm building a business the old-fashioned way with hard work and lots of sweat."