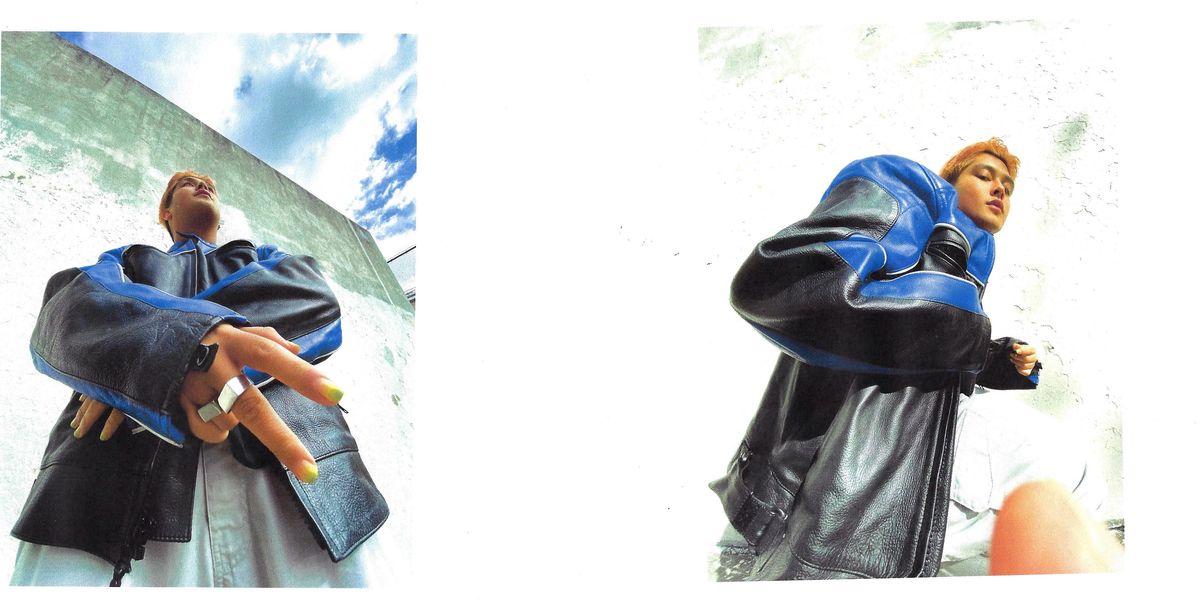 Araya Turned a Class Project Into a Career

Brooklyn-based singer-songwriter Araya's wants to show the world what he can do, and his new music video for "Color Palette," does just that. Premiering today with PAPER, "Color Palette," the 22-year-old musician explains, is the most literal track on his upcoming LP Atlas.

"It's a boasty song, I'm like, 'I've been designing, do you see my color palettes?'" he shares. The track is Araya's way of letting fans know he not only sings, but does all the creative work for his projects as well. "I do all of my own graphic design rollout. I'm basically the creative director for every single project that comes out of me. It's me satirically taking credit for that."

Before fully committing to music, the New York native was a full time student at FIT, studying exhibition design. It's through his senior thesis that he ended up conceiving his entire promotional and artistic rollout. So when the pandemic hit in March and classes went online, rather than presenting his project through Zoom, Araya executed for real.

"I was creating a manual for how to start up as an independent artist and the last step was to make it, and that's what just happened. [FIT] gave me incredible foundations and it built up my aesthetic perception."

The pandemic led him to realize that what he truly wanted was to be dedicating all of his time to music, so he dropped out a few months shy of graduation. "I didn't want to sit in a room and present this album thesis, it felt like I was giving my dream this horrible ending. It was just adding this dark energy, so I cut that out and I just focused on my music," he says, adding that his music was his salvation through this difficult time.

"Color Palette" is Araya's second single, preceded by "Gemini," really cementing the breezy and soulful quality of his sound. The music video for "Color Palette" is an homage to the 1975's music video for "Girls," recreating the band playing their instruments against a white backdrop from the 2013 track. The video begins with a Photoshop document being created, referencing the design process of this project, which then opens to Araya and his band playing though a fisheye lens.

As to what we can expect next, Araya says that the new year will see him releasing his debut album, an accompanying short-film, more music videos and merch — all of which will be conceived by the creative. "It's seriously my proudest moment to date as a human on earth. I'm so excited."

Check out the music video for "Color Palette" below.