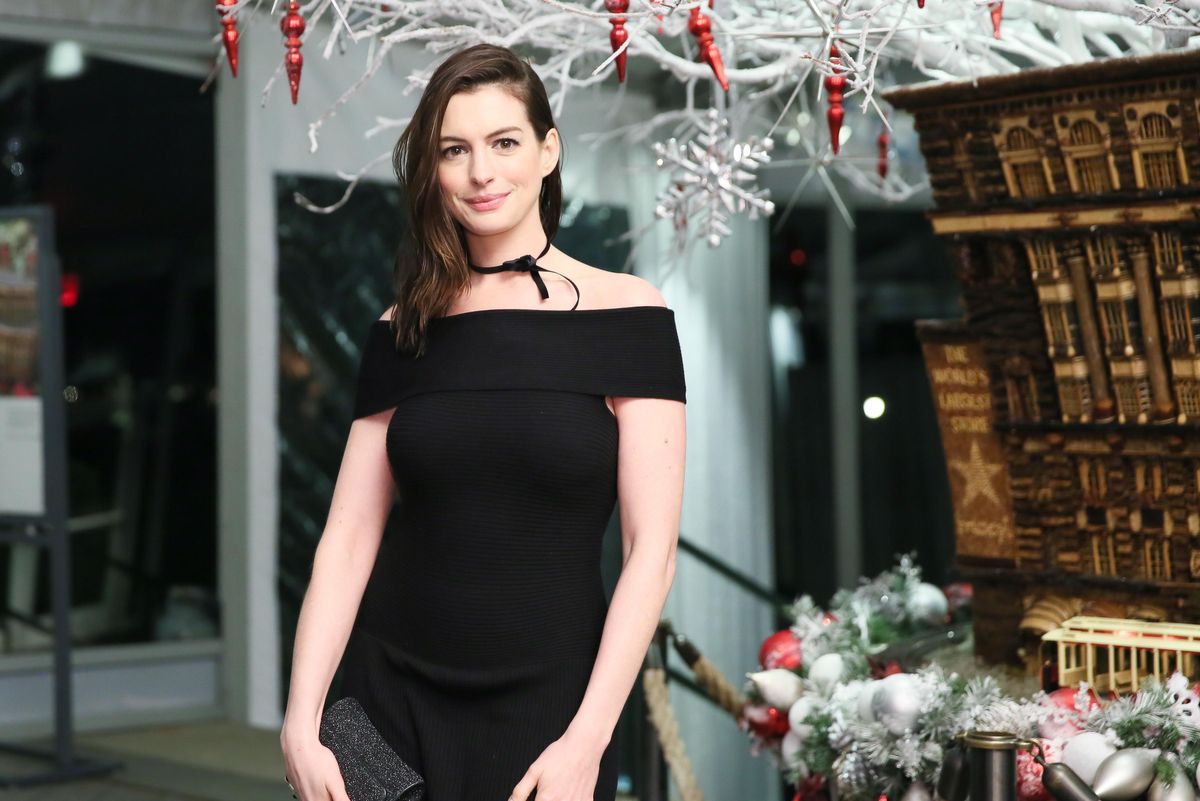 In a candid new interview with Popcorn With Peter Travers, Anne Hathaway opened up about how internalized misogyny may have caused her to distrust female directors she's worked with in the past.

When asked by Travers about a project she learned from, Hathaway said that working with director Lone Scherfig on the 2011 film One Day made her think about the way internalized misogyny affected her working relationships with women. Hathaway said that she often questioned Scherfig and her vision, and said, "And I am to this day scared that the reason I didn't trust her the way I trust some of the other directors I work with is because she's a woman."

"I'm so scared that I treated her with internalized misogyny," she continued, "I'm scared that I didn't give her everything that she needed or I was resisting her on some level. It's something that I've thought a lot about in terms of when I get scripts to be directed by women."

"I'm getting red talking about this, it feels like a confession, but I think it's something we should talk about," she added.

The actress also added that this mistrust of women's abilities, ingrained in her (and all of us) by society, has caused her to react this way to most female directors she has worked with. "When I get a script, when I see a first film directed by a woman, I have in the past focused on what was wrong with it," she admitted. "And when I see a film directed by a man, I focus on what's right with it."

She continued, "I can only acknowledge that I've done that and I don't want to do that anymore." Though Hathaway promised to call Scherfig after the interview to apologize, a statement from the director indicates all has been forgiven:

"Lone Scherfig is deep in pre-production of her next film and is consumed by it," a representative for Scherfig told ABC News when asked about Hathaway's comments. "She asked me to express her love and admiration for Anne and her work."

Hathaway, who is frankly no stranger to gender bias as one of the most openly hated actresses of the last decade despite a sterling career, has done us all a great service by not only addressing this issue not only in private but in public. By talking about her biases openly and discussing the steps she is taking to overcome prejudice against even her own gender, Hathaway is modeling the type of social evolution that is necessary in creating more equitable working environments and a more just society.