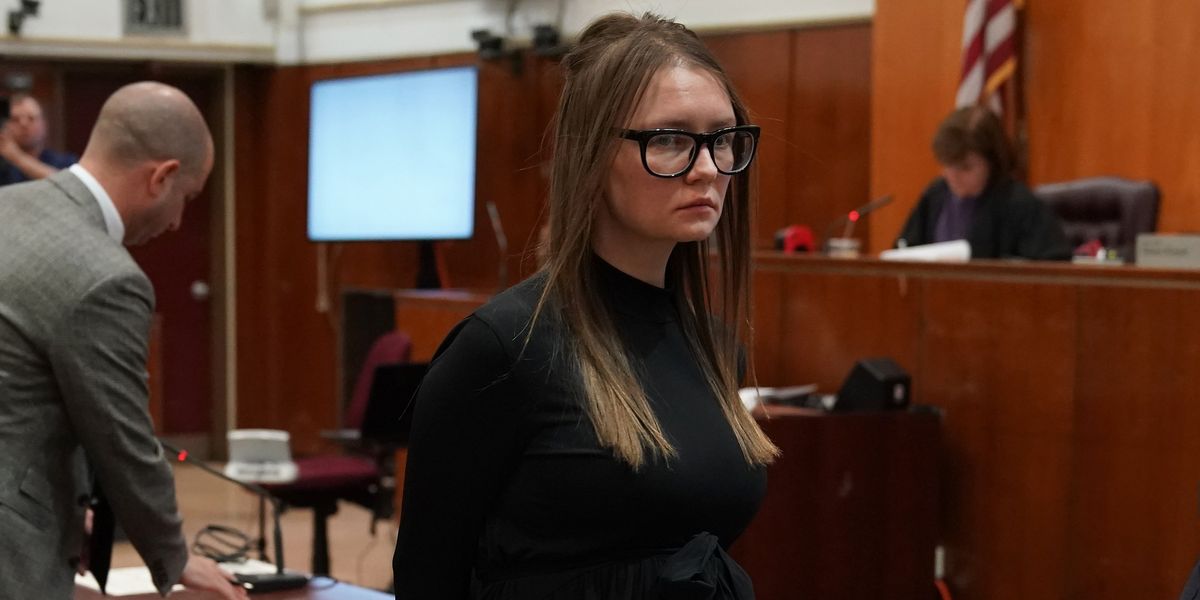 Shonda Rhimes is currently adapting the story of 28-year-old Anna Delvey, the infamous and beloved scammer, who swindled New York City banks, hotels and socialites by posing as a German heiress, into a highly-anticipated Netflix series.

Anna is currently serving a 4-12 year prison sentence on Riker's Island for larceny and theft, after the conclusion of her stylish and dramatic trial. Despite being locked up, Anna stood to make serious cash off having her life story turned into binge-watching.

When Netflix and Shondaland acquired the rights to Anna's story, according to Page Six, her cut included $100,000 sum plus a $7,500 royalty and an additional $15,000 consulting fee per episode. She already got $30,000 of the deal, which went directly to pay her legal team.

However, once the scammer, now Anna is now potentially getting scammed out of the rest of that fat Netflix paycheck. New York state is reportedly holding her money under the jurisdiction of the "Son of Sam" law, which is designed to keep criminals from profiting off their stories.

Anna may lose her share in the Anna Delvey media empire, all thanks to 1970's serial killer David Berkowitz (aka "Son of Sam"). The law was passed in 1977 to stop Berkowitz, who murdered eight on an NYC killing spree in the summer of 1976, from selling his story to a publisher. It was later invoked in the case of John Lennon's killer Mark David Chapman. It's always been controversial how much compensation biopic subjects deserve — a debate was ignited when it came out that Tonya Harding only received $1,500 for green-lighting and consulting on I, Tonya, though it later became clear she's also got a small share of the film's profits.

Technically, the law doesn't actually prohibit criminals from earning profits off their stories, but it gives the New York State Crime Victims Board to decide whether or not any profits earned by criminal stories should be re-routed to their victims.

That's exactly what the New York attorney general is currently deciding whether or not to do with Anna's Netflix money, given that she owes a total of $198,956.19 in restitution to various banks and companies, some of whom are already suing her.

"As a representative of the crime victim, I have a valid claim against, and intend to sue immediately... this convicted person for damages caused by such crimes," said lawyer for City National Bank, in an affidavit for the suit. Anna owes the bank $100,000 as a part of a $22 million loan she was negotiating with them to open a club with at the time of her arrest.

Ah well, maybe she'll will have better luck getting her hands on her share of Lena Dunham's take on her story, which is dueling with the Shonda Rhimes/Netflix edition (a la Fyre Fest Hulu versus Netflix battle). While Shonda/Netflix own the rights to the New York Magazine story story by Jessica Pressler that introduced Anna to the world, Lena and HBO are working on adapting the essay by Rachel Williams, the Vanity Fair editor who accompanied Anna on a trip to Morocco, where the pseudo-heiress convinced Williams to cover $62,000 of expense out of pocket.

Williams just released her own memoir about her experiences being conned, My Friend Anna, this week. Like I said, business is booming. Despite the law, something tells me Anna will figure out how to cash in, one way or another.