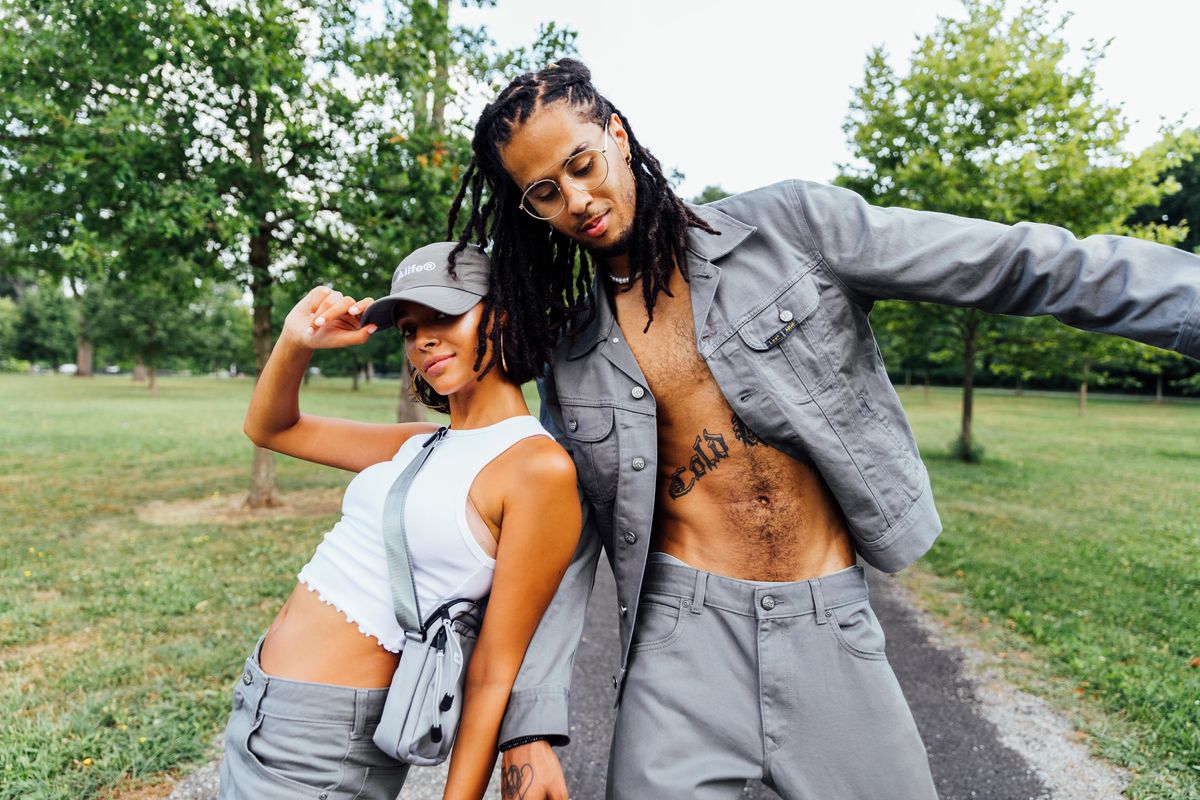 Alife Is Dropping a Hip Hop-Inspired Collab With Lee

After kicking off their partnership last fall, Treis Hill and Rob Cristofar's streetwear/ lifestyle brand Alife has once again teamed up with Lee, this time on a capsule collection inspired by '80s and '90s hip-hop culture in New York.

The co-branded capsule is a punchy take on Lee's signature workwear pieces. Alife gives the denim brand's archival 101J Jacket and straight-fit 101Z Pant in cotton twill a modern twist, with updates inspired by its role in New York's hip-hop scene. Both garments are given roomy side pockets, and prominently feature metal buttons branded with Lee's classic logo.

Given Alife's love for tonal colors, the unisex line is awash in a range of hues. Aside from classic black and white, both pieces come in versatile shades of deep gray, blush pink and golden yellow. They can also be worn as separates or sets, as styled in the capsule's campaign.

The Lee collection is the latest addition to Alife's hypebeast-beloved collaborations, including Lacoste, Crocs, Nike and Reebok. Given Lee's presence in the New York City hip-hop scene during the '80s and '90s, the partnership aligns seamlessly with Alife's mission to promote and pay tribute to downtown New York culture.

The collection marks a hallmark moment for both brands, as Alife and Lee celebrated their 20th and 130th anniversaries, respectively, late last year. See the full capsule online when it drops at alifenewyork.com and lee.com on August 21.