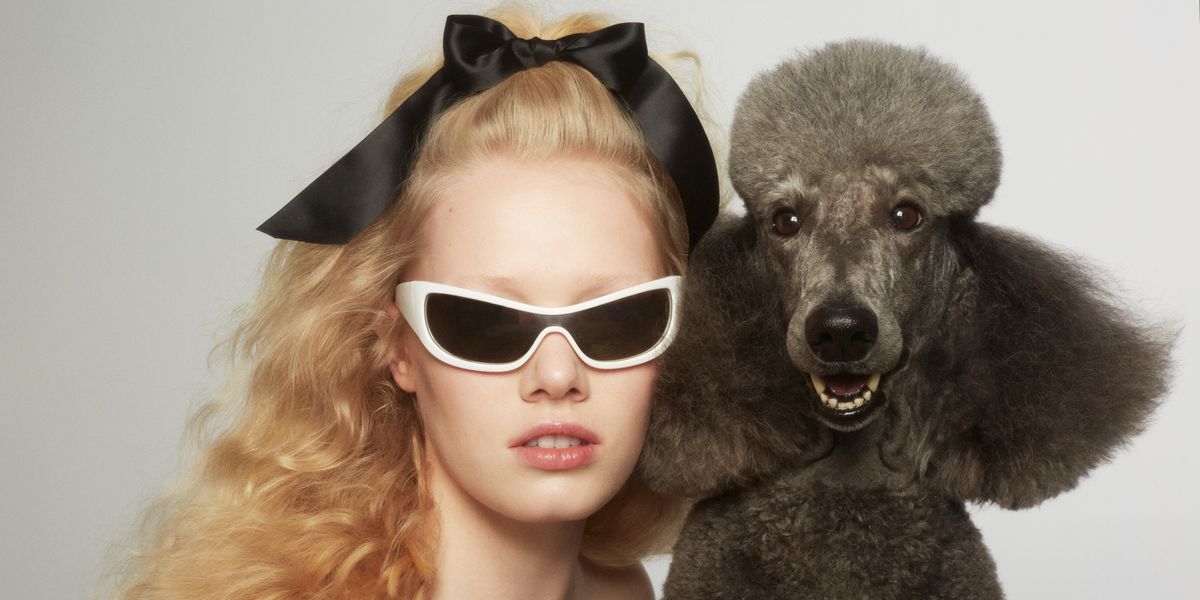 Poodles, chicks and bunnies are just a few of the snuggly creatures on display alongside Adam Selman's fresh, new frames for Le Specs, out now. The dreamy collaboration is Selman's fourth with the sunglasses company and coincides with their 40th anniversary.

To celebrate, the summer collection features four styles, each in an array of colors that channel everything from the high-sheen of muscle cars to the retro flair of a cat-eye. The head-turning sunnies also incorporate sleek lines, lacquered metal, and contoured shapes.

Related | Get Your 'ASS' in Shape With Adam Selman Sport

As for bringing this collection to life through its gorgeous campaign, Selman's creative inspiration was a long time coming: "The shoot was a dream I've been wanting to do forever," he says. "I might have shed a few tears when it all came together."

Drawing inspiration from images like an old National Geographic photo of a baseball player surrounded by baby chicks and an '80s hair crimper advertisement featuring a poodle, Selman brought together a list of references for the perfect campaign. "Everyone was smiling all day long because of the joy the animals brought us," Selman said.

For the designer, this joy is topped only by the immense happiness he feels when seeing people wearing the glasses out and about. "I actually have a folder in my phone of people I've stopped on the street to take their picture wearing them," he says. "It's so great to make a personal connection like that."

The drop contains glasses like the Royale, the Luxx, the Coupe, and the Monster. Each with their own definitive style, there's something for everyone from flashy metallic wrap-around frames to sleek double aviators.

As for which specs the designer likes the most, his current preference is the Monster: "I love the lines and curve on it," he says. "It looks deceptively simple and familiar, but it's really ferocious once you put it on."

Get into the fierce frames, cuddly new campaign and snatch them up at either Opening Ceremony or Le Specs now.

Adam Selman on Instagram: “Everything about and around this shoot was heaven on Earth 🧜🏻‍♂️ Thank you @pier59studios @brian__lynch for the video and @danielmcddonald…”