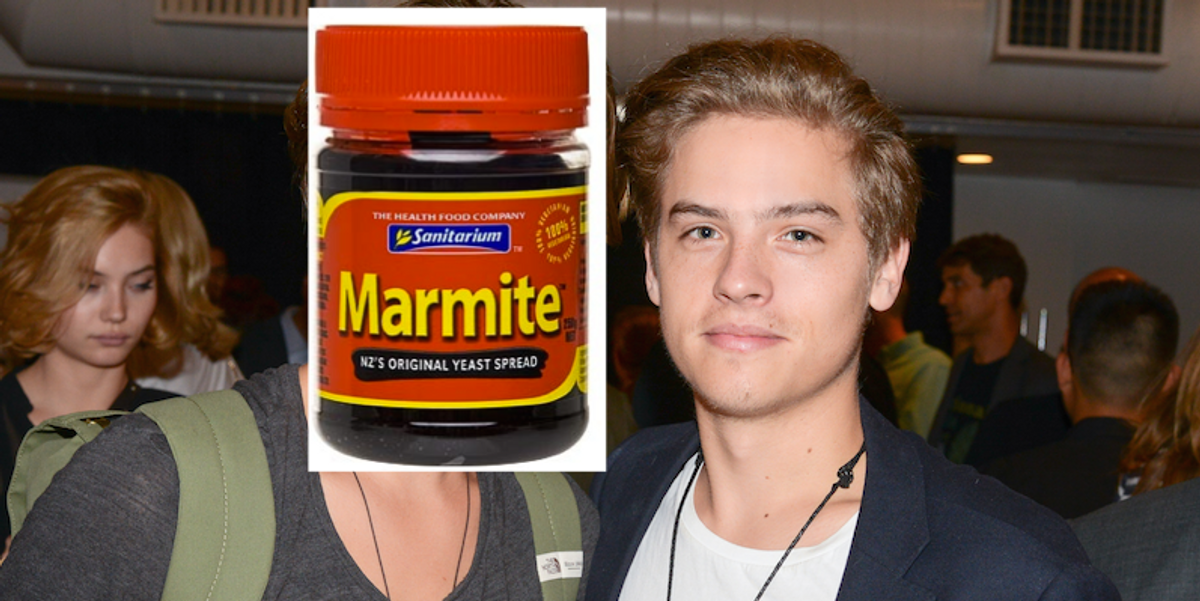 Alright, alright. I get it. Cole Sprouse and KJ Apa star on a hit teen drama together and are actually friends off screen, which sure, probably makes the whole 'work' process a better time and is cute. Not cute? Hacking your pal's social media only to drag the fruits of his home nation! Specifically, his country's choice of breakfast spreads!

Here's some context. Riverdale actor and curator of this good Instagram account Cole Sprouse decided to take us all back to 2011 and jump on KJ Apa's unattended Twitter. This could've gone any number of ways – but it didn't. It went one way. That way was cruelly teasing KJ Apa for his very ordinary and understandable love of delicious New Zealand yeast spread marmite.

As the resident New Zealander in the PAPER office I may be taking this to heart more than most, but I will admit I feel personally attacked.

Tricks to eating marmite: get a poster of #riverdale, heat up in microwave, a bit of butter from my farm's cows, spread marmite evenly ay.
— KJ Apa (@kj_apa) March 31, 2017

This is where it began. Contrary to popular belief, Cole, New Zealand is not one big slab of farmland. There is a lot of farmland – yes, we have five times as many sheep as our population but I did not grow up around cows, Cole. The next one was like a whole kilometre away. Which, granted, is not very far, but again, not everyone lives on a farm, Cole. (Many people, though.) Onwards.

ALRIGHT, Cole. Obviously you have not experienced Marmite otherwise you would know marmite is potent and must be used SPARINGLY. As in, the slightest of glides. One does not end up "covered" in marmite, Cole...check your facts.

I would be HONORED to have a scar associated with Marmite. Goodbye, Cole.

It's a rugby ball, Cole, a mildly homoerotic sport revered by everywhere except America. Look it up.

Wrong, again, Cole! The circumference of Marmite jars is too small for the average adult to put their hand in! Why would you need to put your hand in! Use a knife like anyone else with opposable thumbs, Cole!

DSJKDSFANJKDSNDADSMS, Cole. What are you thinking about, Cole? The fact that you've never tried Marmite and thus you will never know it's sweet nectar, Cole!??

Look, if this series of tweets were made about a genuinely disgusting spread (CC: Vegemite--come for me, Australia!) things would be different, but if Marmite ridicule is your go-to Kiwi Twitter hack, you clearly don't get it Cole.