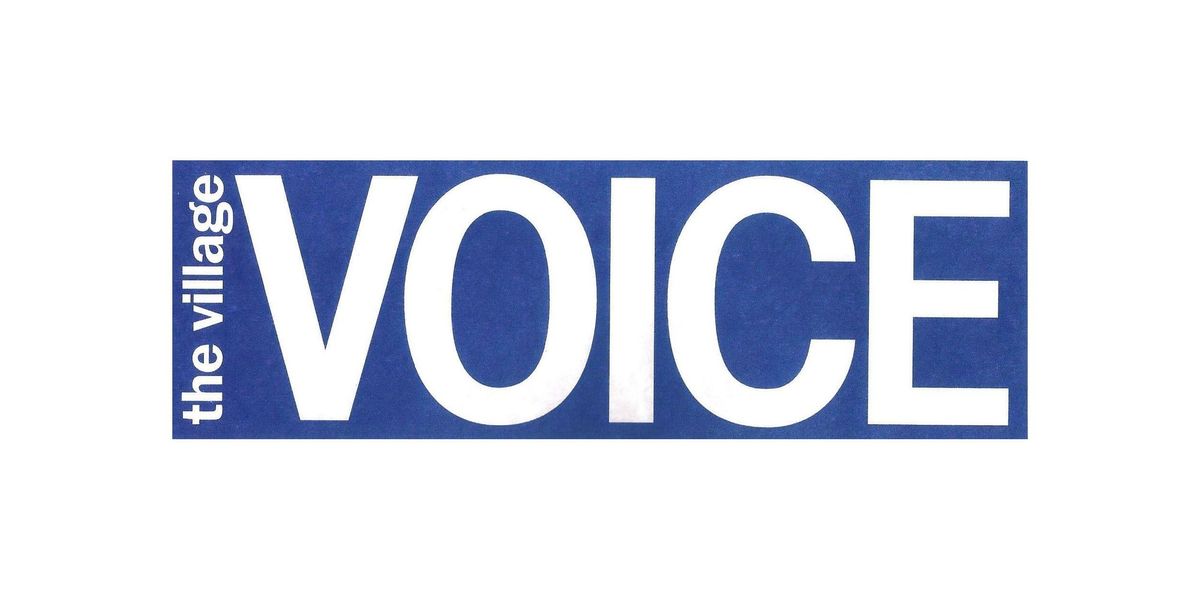 11 Horrors I Withstood at the Village Voice

I had a glorious three decades or so as a columnist at the Village Voice, and was allowed to run free, write exciting things, and even get health insurance. I'm even back there as a correspondent, thanks to the great new owner. But in the old days, when it was a place full of self-possessed lefties with narcissistic agendas, the insults came fast and loose, especially since all kinds of internal backstabbing was encouraged in the name of free press. The more publicity I got as the face of the Voice, the more the stuck-up toads loathed me (though I also had quite a few allies, friends, and defenders there—in fact, the nice people were in the majority). Here are 11 of the most egregious things that happened to me at that place:

When I started my column there, I was assigned "Phil," a photographer who'd worked with my late predecessor and now thought everything was boring and worthless in comparison to the old days. I had to drag him around to amazing events and watch as he lethargically went through the paces, complaining that my late predecessor did it better. Worst of all, while it was sheer charity that prevented me from begging for his firing, he was badmouthing me to his boss! Ultimately, he was gone.

One week, a copy editor (whom I'll call "Jefferson") put various queries into my text, for my editor to read and answer. He probably didn't realize I'd also be glancing at them, which was totally within my rights. Well, I was stunned to find that, after one reference of mine, Jefferson queried, "Is there something more here than meets the eye or is Musto just being obvious, as usual?" I wrote him back, "When you're my editor, maybe you can say stuff like that, but you will never be my editor. Is that obvious enough for you?" He wrote back with some mealy mouthed reply.

In 1992, I suggested to an arts editor that she do a roundtable in the paper (with myself as a commentator) about the growing controversy surrounding the movie Basic Instinct being bi-phobic, which I'd already addressed in my column. She looked nauseous, as if something so pop-culture oriented was utterly beneath her, and walked away. But some time later, when even she realized it was a good story, I opened the paper and there it was—a huge spread of various people talking about the Basic Instinct controversy, with me not one of them. She never even thanked me for the idea she'd ripped off!

I was in a documentary, partly as a social columnist, but also because of my historical knowledge of queer culture. I gave a lot of sociopolitical commentary in the pre-interview for the movie, but that angle was cut in favor of the lighter stuff. Still, I figured my own paper would give a thumbs up to my appearance, which I was excited about. But an angry Voice critic I'll call "Diane" trashed the movie and witheringly wrote, "Instead of a historian, they used a gossip columnist." I confronted her about this unnecessary dis much later and she said, "Well, they did."

An uppity Voice critic named "Willy" reviewed a play about a fictional artist who was critiqued by me and a few other real-life people. [I was on video in the show, giving my review.] Willy wrote, "What kind of serious artist would care what Michael Musto has to say?" Fortunately, that line was cut before the paper went to print.

"Smiley," a writer who was ass-kissy to my face, became desperately competitive at staff meetings. If I suggested an idea, he'd cut it down, as if pouncing on prey for survival. If a celebrity's name came up, he'd dredge up some several-degrees-of-separation brag about how someone he knows sort of knows them. When I pitched a celebrity interview—like Janelle Monae—he'd say they were going nowhere! Tragic.

An editor named "Bruce" sent me upstate to search for a down-on-her-heels icon, whom I found in a public park and got a miraculous interview out of. It was an incredibly strenuous day, but I'd scored the story and really came through for him. Alas, when I wrote the piece and turned to Bruce for some brief guidance on it, he said, "Sorry. Too busy." Charming!

A writer named "Seymour" bitched me out in a rival publication for criticizing negative portrayals of gays in the media and yet writing about a guy at a nightclub who drank his own pee. But "Seymour" was projecting his own phobias with his assumptions, because in actuality, the pee drinker was straight!

I wrote a column moaning about how a huge ad campaign had dropped me because I'd worn a hoop dress in a magazine. Before the column ran, word came from "Bruce" that a black, gay Voice writer named "Dan" had read it in the system and wondered why we were even printing this. But it wasn't Dan's job to peek into my work in advance and then complain to a higher up about it. Dan didn't work with me on my pieces at all! And he should certainly have understood the impetus behind decrying homophobia in advertising. The piece ran (with some tweaks), after which I cornered Dan and asked, "Why did you complain about my work behind my back and try to get it scuttled?" He started sweating and said, "Oh, no, it wasn't me. You must be confused. Maybe it was 'Horace'." Horace was another gay, African American writer in the office. So shameful.

The letters editor, "Jocko," was an impossible obsessive who would call late at night to discuss for an hour whether you wanted the word "a" or "the" in your response to a letter that had come in. Once, a letter from a reader expressed outrage that, in an obit for the late drag star Divine, I referred to the act of eating dog shit. Jocko fumingly took the reader's side, and I had to explain over and over again to him that Divine was an outrageous, purposely misbehaving creature who did crazy things—like eating dog shit, in Pink Flamingos—and that's how she became famous. He still didn't get it and started screaming out of control that I was being disrespectful to Divine's memory! For all Jocko knew, I had written about the freakin' Queen of England. He's gone now. No more calls.

A writer I'll call "Wings" came off so hideously….No, wait a second. Wings' grotesque antics probably deserve a whole book. Except he's not nearly famous enough! How's that for obvious?

And there were so many more horrors attached to being fabulous and celebrated (elsewhere). But like I said, the Voice is good again, and I'm happy to be involved once more. Just don't mess with me!